Sunday August 18th 2019 – We decided to spend another night at Roche with friends. Todd’s parents and sister joined us at Roche and we all had a nice time together. We set some crab pots and all the kids had a great time hanging out together that evening. Todd made up a scavenger hunt for the kids that took them all over Roche. Then the kids went ghost hunting. They found an app that sends you to places people have reported ghosts. It was dark and they were gone a long time. We started to get a bit worried but then they came back all jacked up. They went ghost hunting in the cemetery and this is not just any cemetery. It’s in the deep woods with really old gravestones. It’s a bit scary walking through on a bright sunny day let alone at night hunting ghosts!! But none of them cared much, even Ava thought it was awesome. That night was late night. We partied until after 1am (if you know Julie and I, that never happens) with a bunch of friends that happened to be docked right by us.

Monday August 19th – Leaving our crab pots just outside Pearl island we left Roche with the Steels for a short crossing to Stewart island’s Reid Harbor to spend one more a night at anchor with our friends. We anchored together then went on a 5-mile hike to the lighthouse that was beautiful. This was our last night of the trip together with our friends, so we decided to cook a huge dinner and have some fun. Crab was on the menu but first I had to make a run in the dinghy back to Roche to pull the crab pots and, hopefully bring in the bounty. The wind had kicked up, but I made my way through the waves and spray over to Pearl island. Luckily there were some keepers that would be perfect for dinner! We cooked up an amazing, huge meal for all that lasted another late night. The kids played music and we were a loud bunch in the bay, but it was our last night together.

Tuesday August 20th – The Steels took off in the AM headed for Bellingham, while we planned on another night in Reid Harbor. But plans changed as the weather forecast displayed 25 knots for the evening and into the next day. So, we decided to go back to the protection of Roach harbor for a few days before continuing home. We spent the next 3 days relaxing at Roche with just our family. Going to spa, loop hike every day, toured fancy boats, walked the sculpture park, fished for tiny bass in the ponds, and took a taxi to Friday harbor for the day.

One day on our loop hike we found a package alongside the road. It looked like the UPS truck had dropped it. So, after looking up the address on the package we continued walking about another 2 miles to try and deliver the package to its rightful owner. The crazy thing was that when we knocked on the door and Rusti answered, we saw a familiar face. Her and her husband used to be American Tug owners and we had met them several times at American Tug get togethers. Her husband had since passed, and the American Tug had been sold but it was so nice to see her again and talk boats and life. 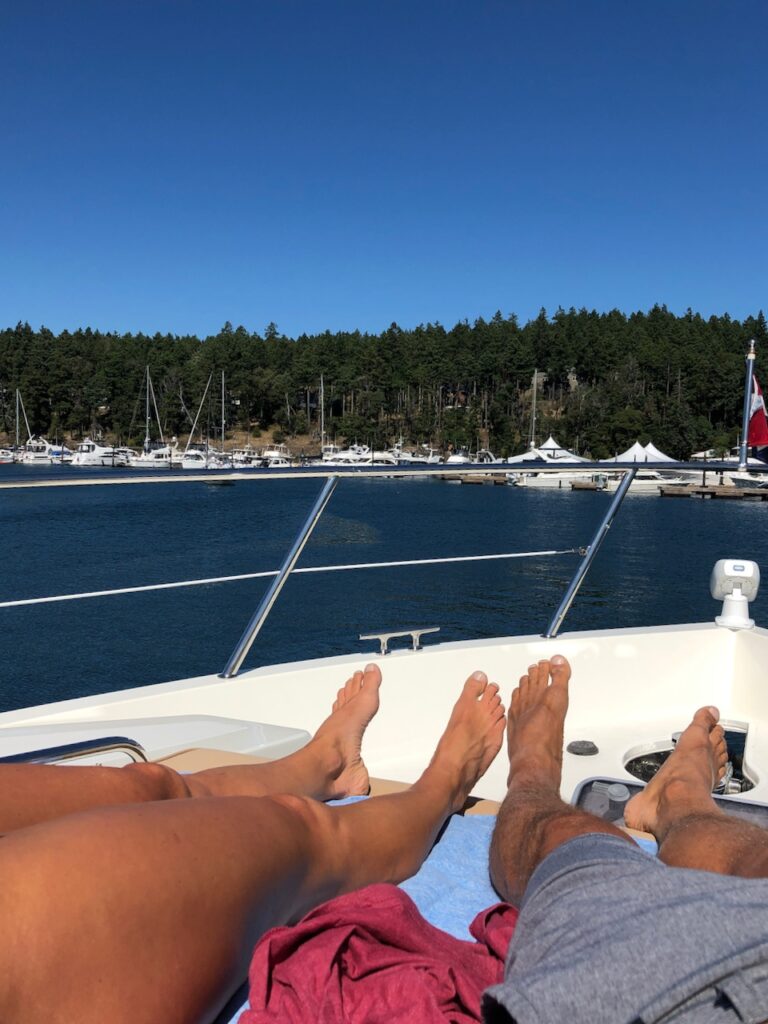 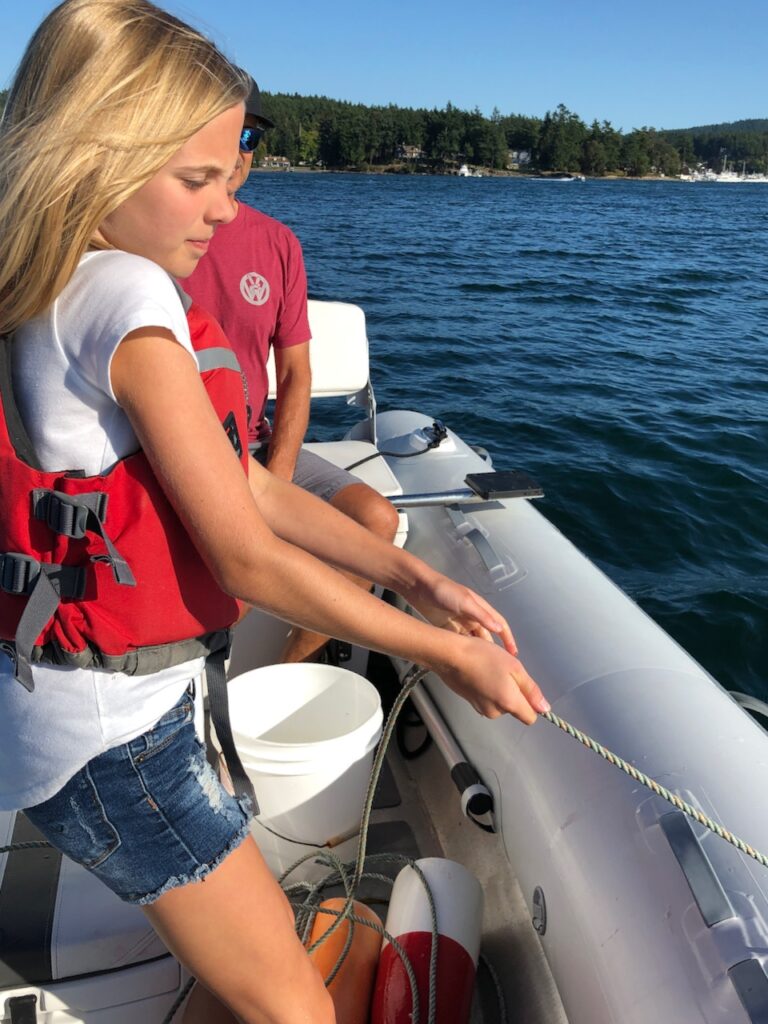 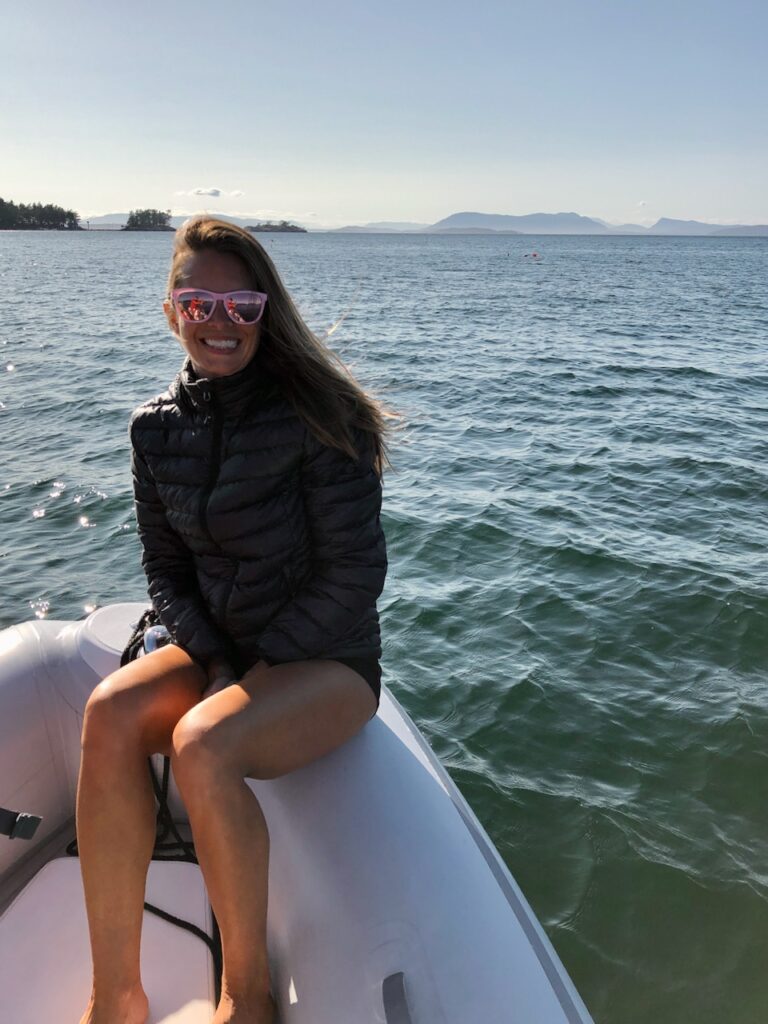 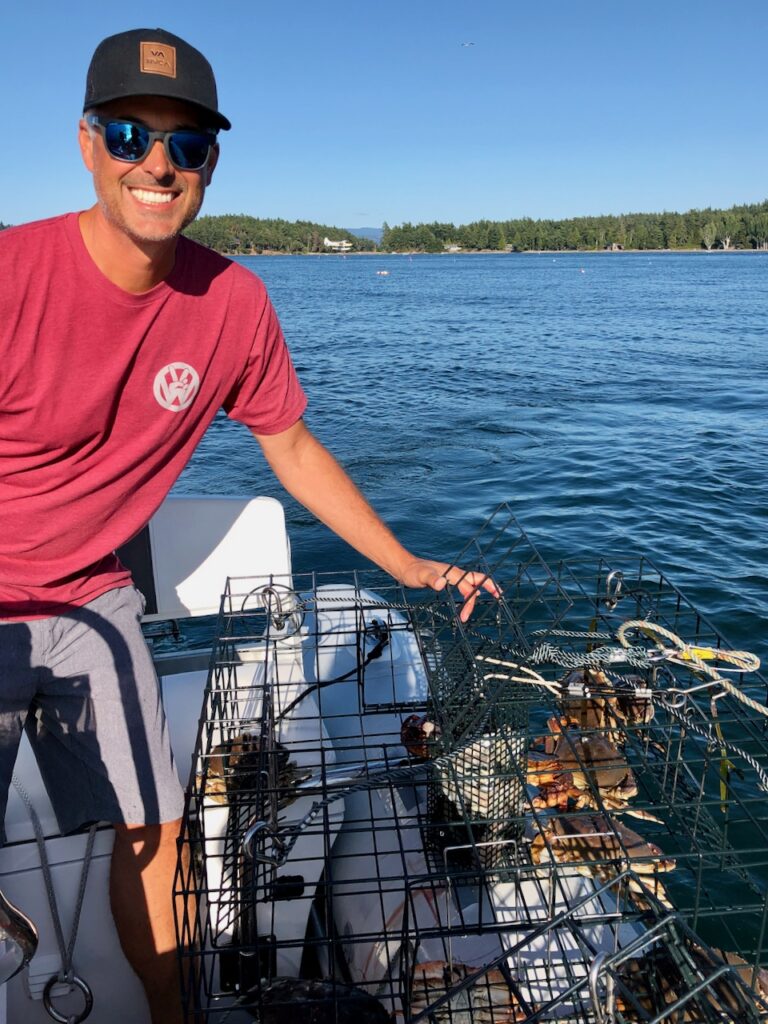 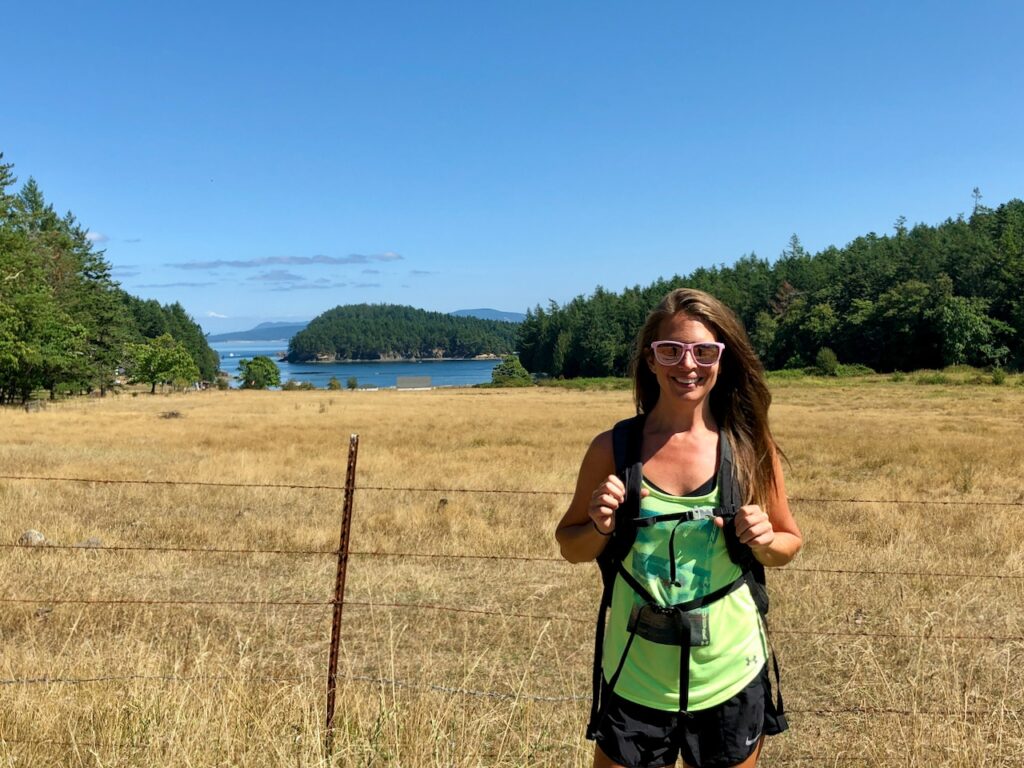 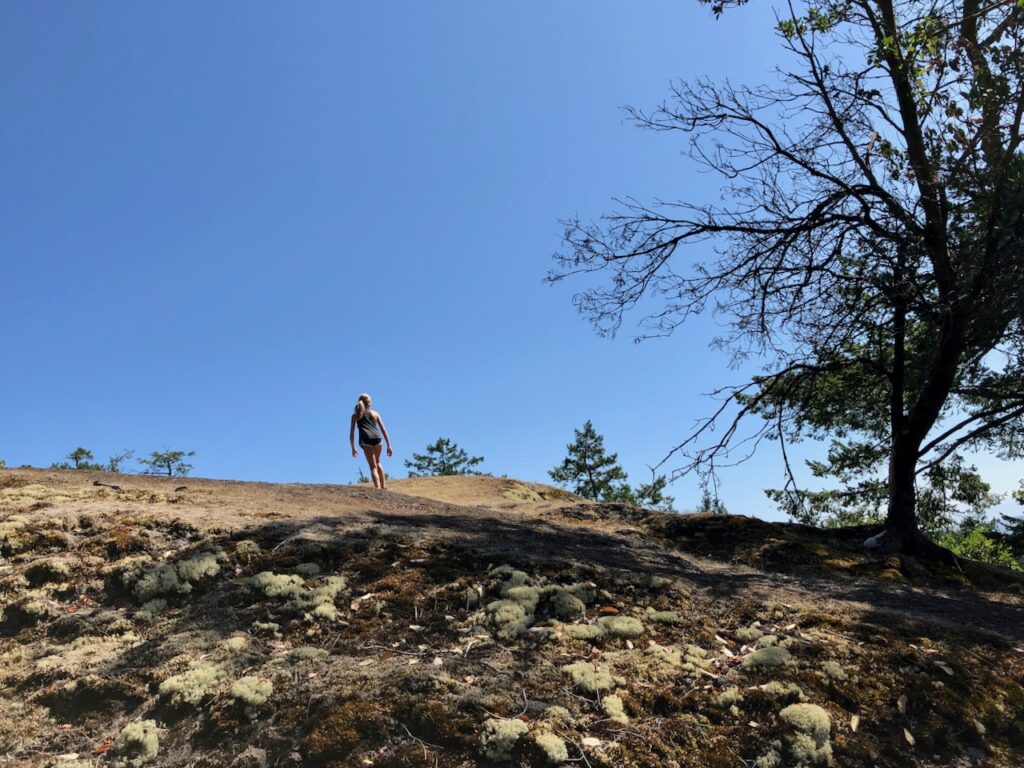 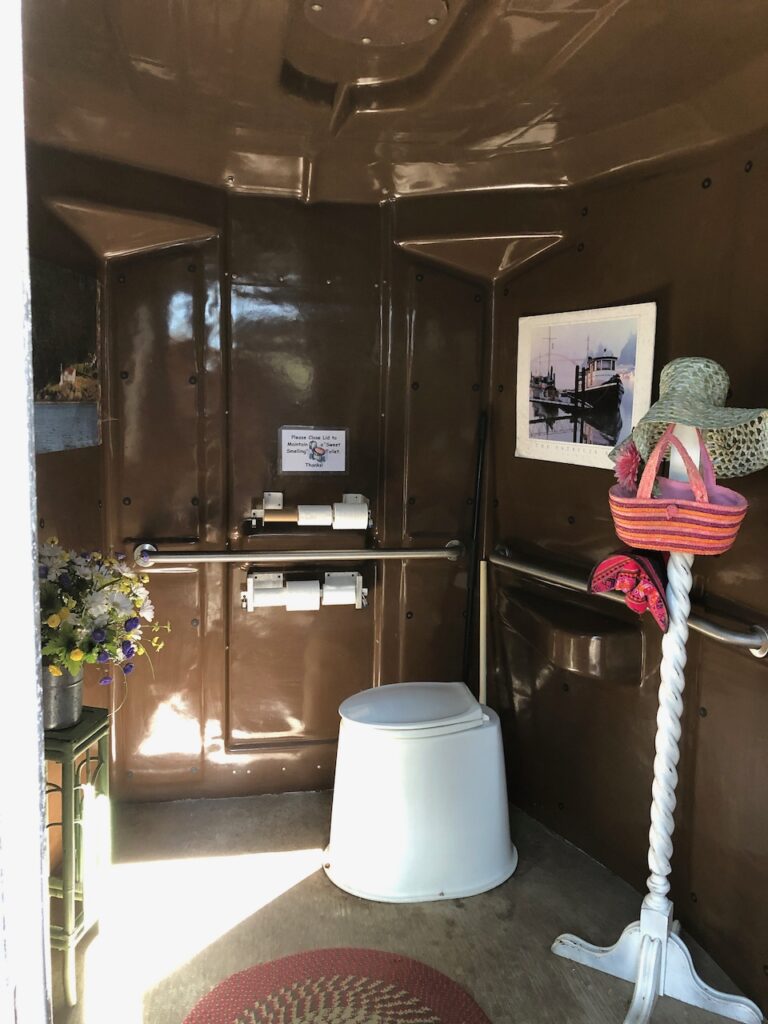 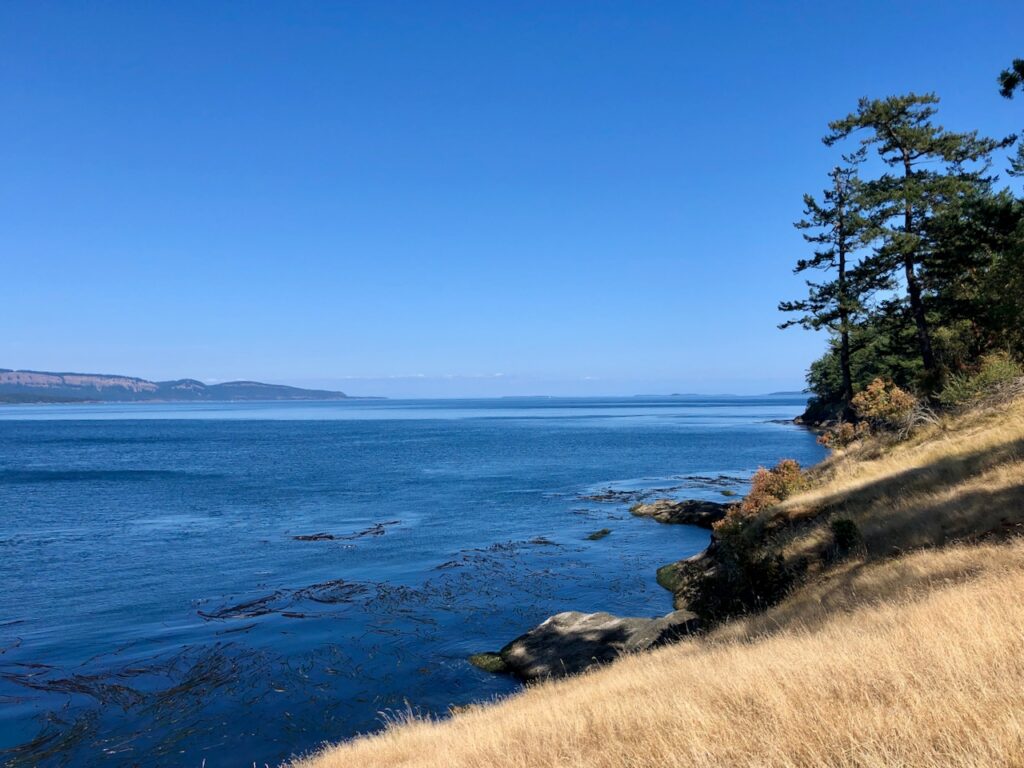 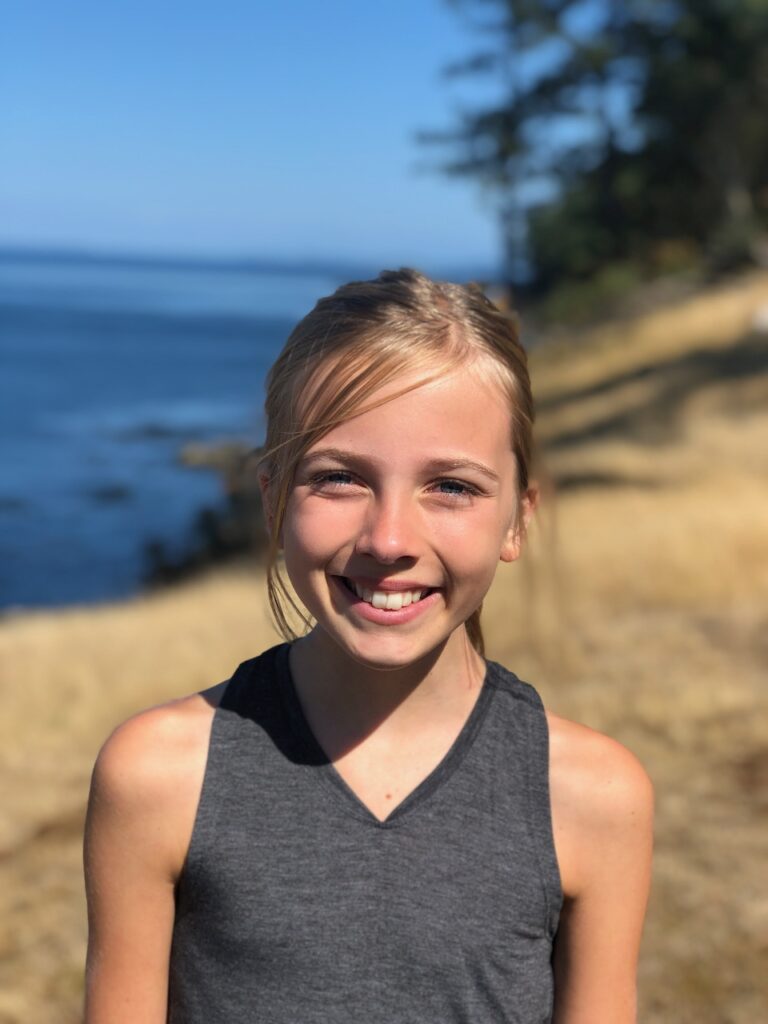 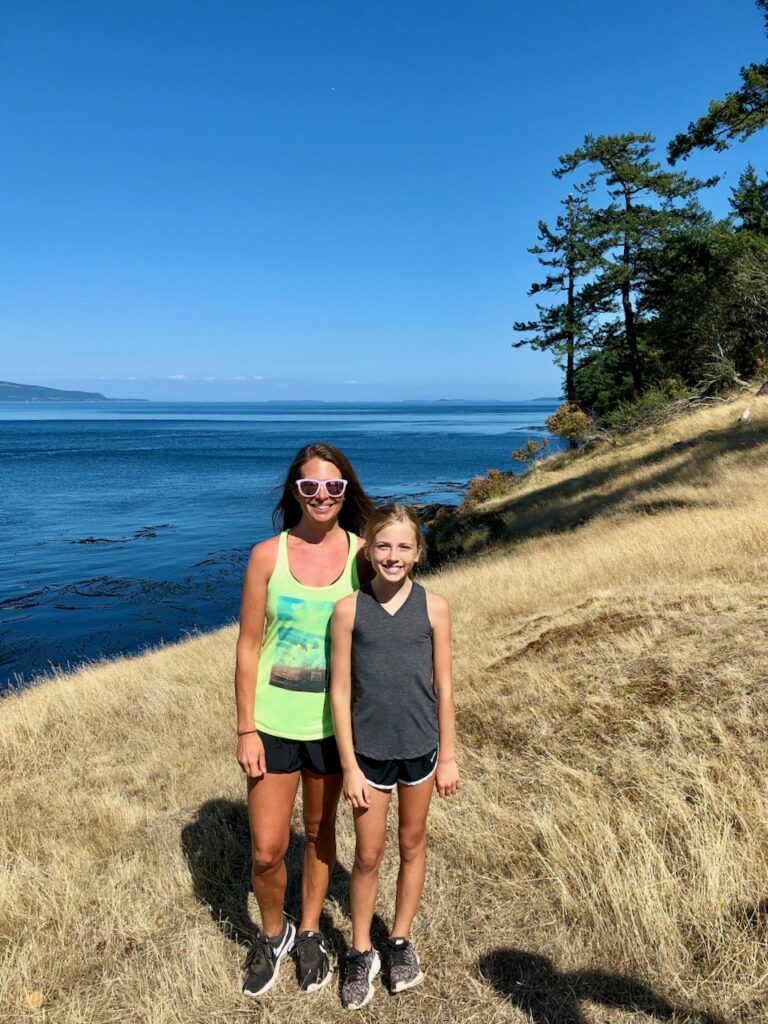 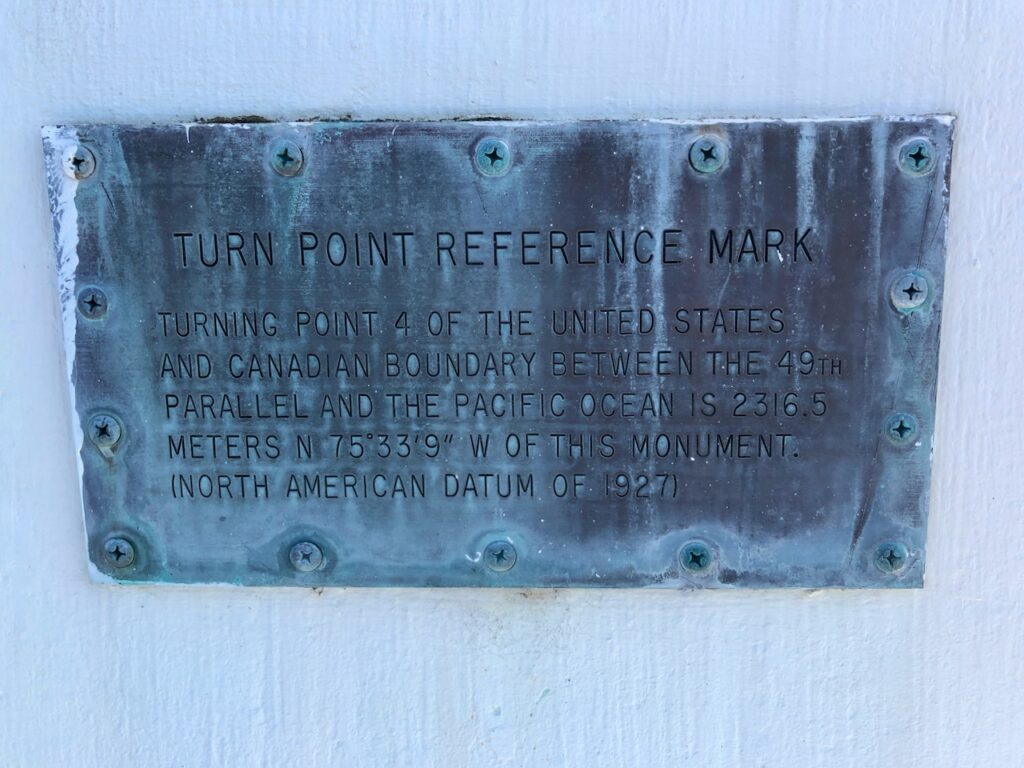 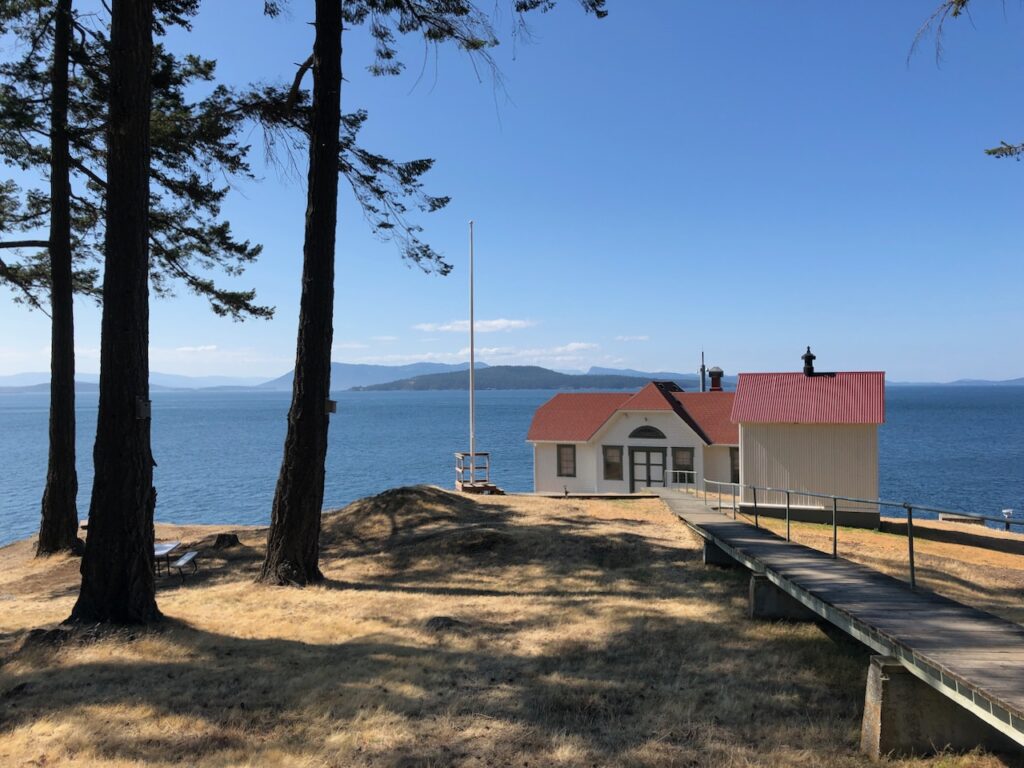 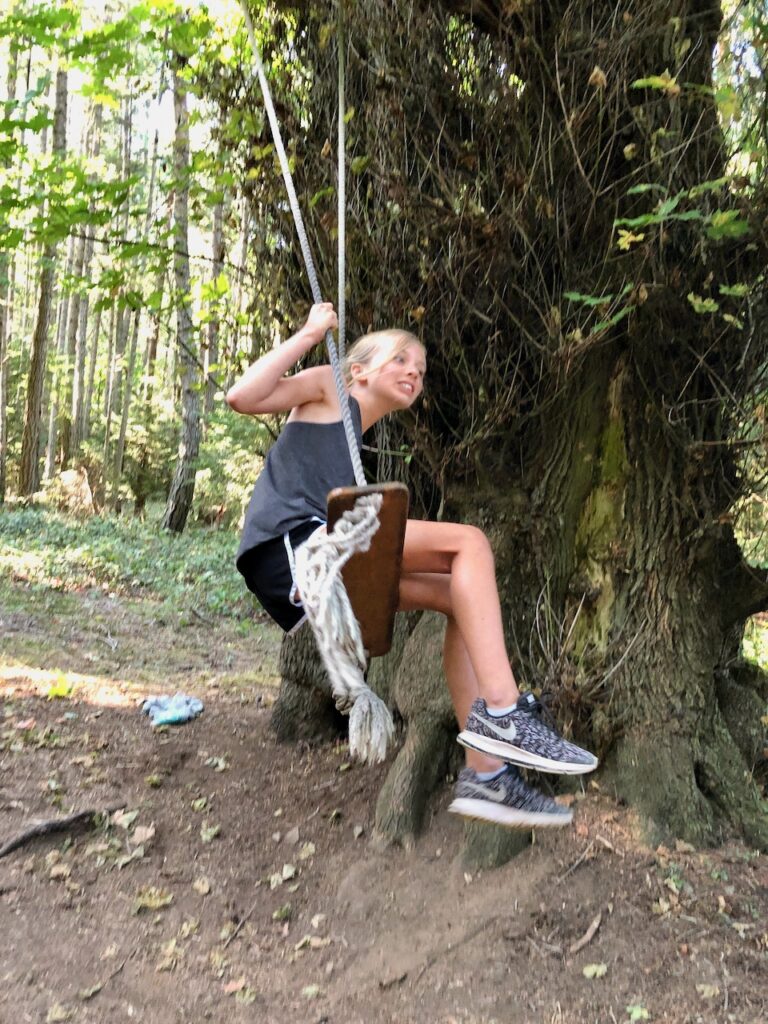 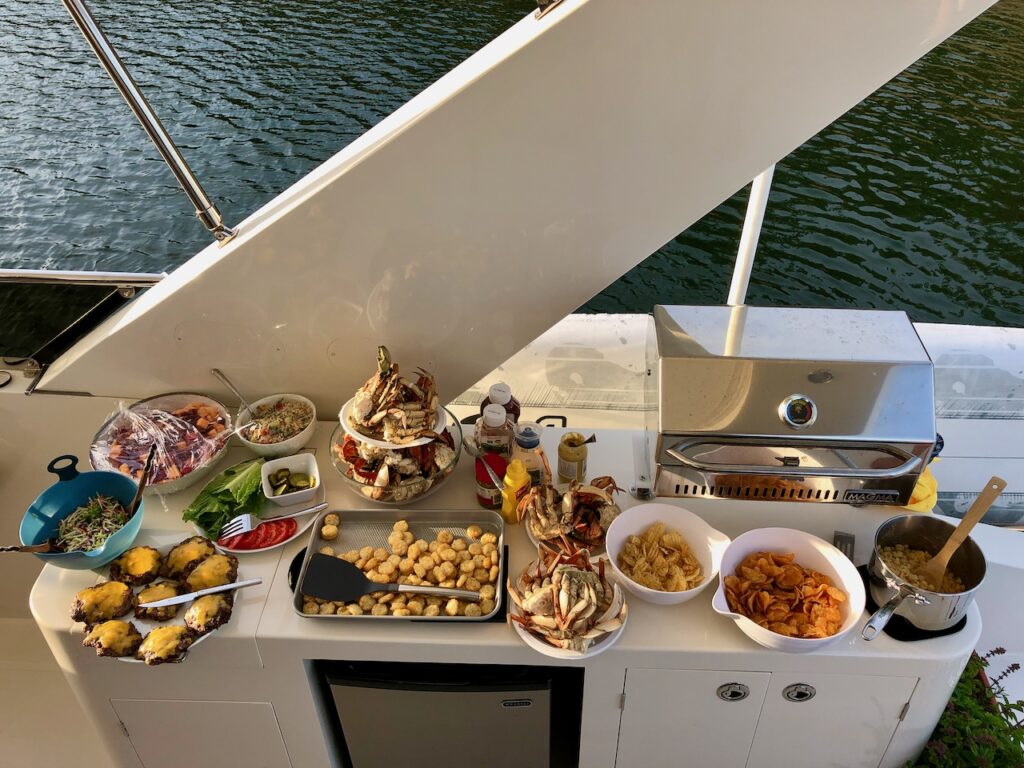 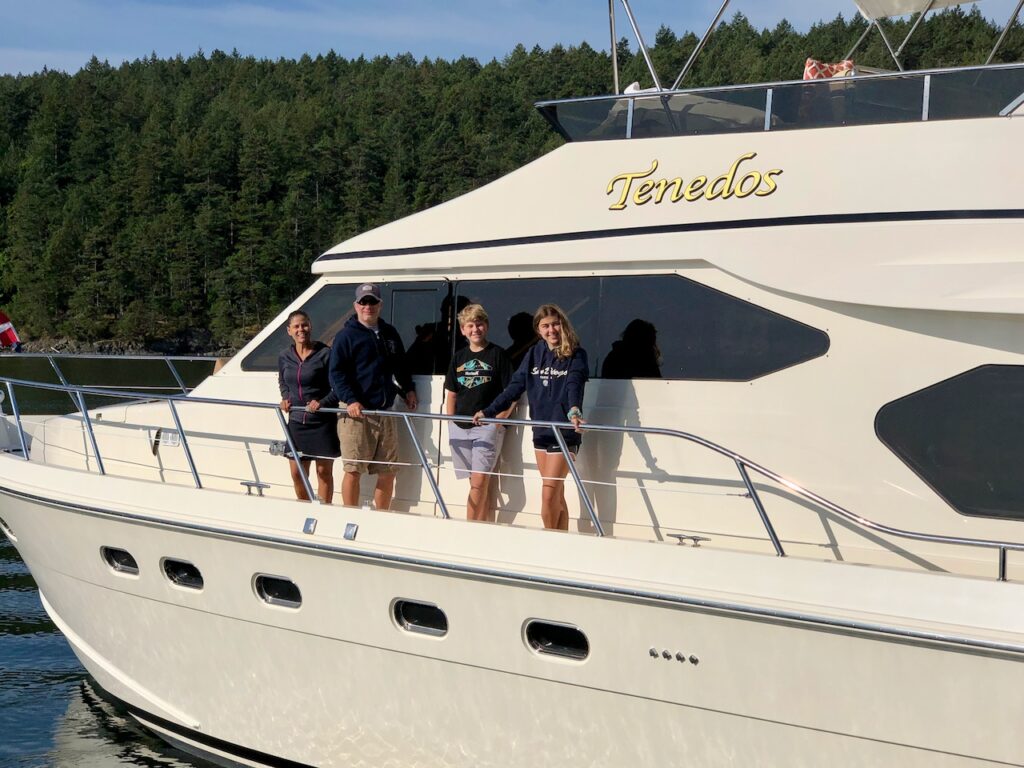 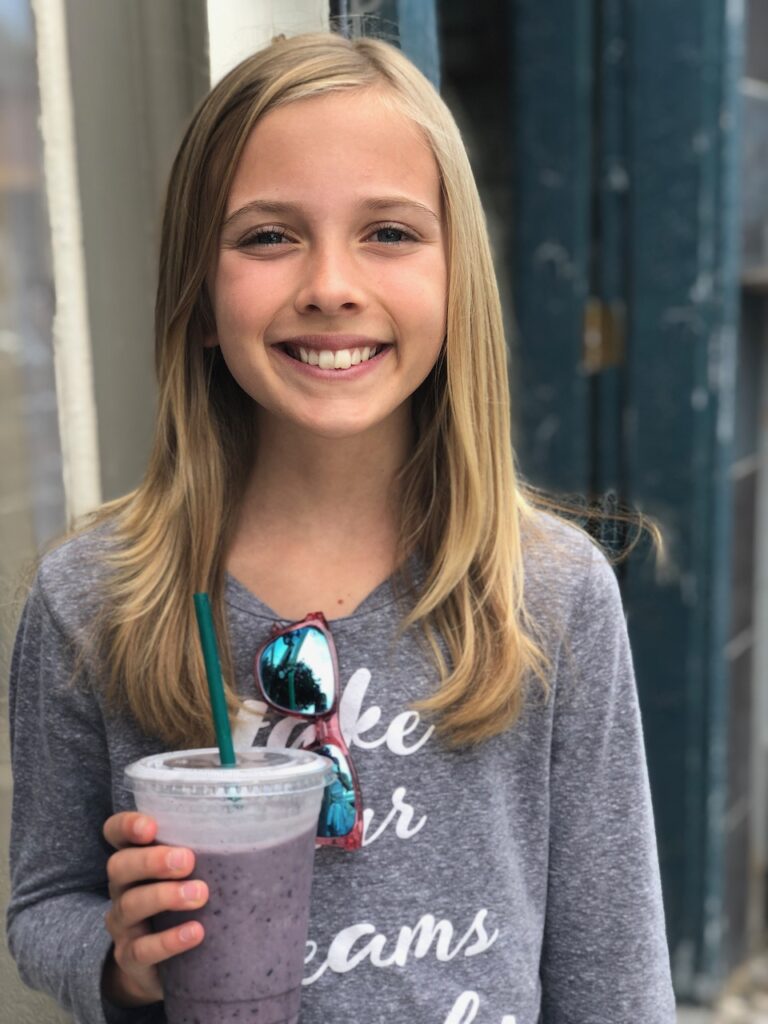 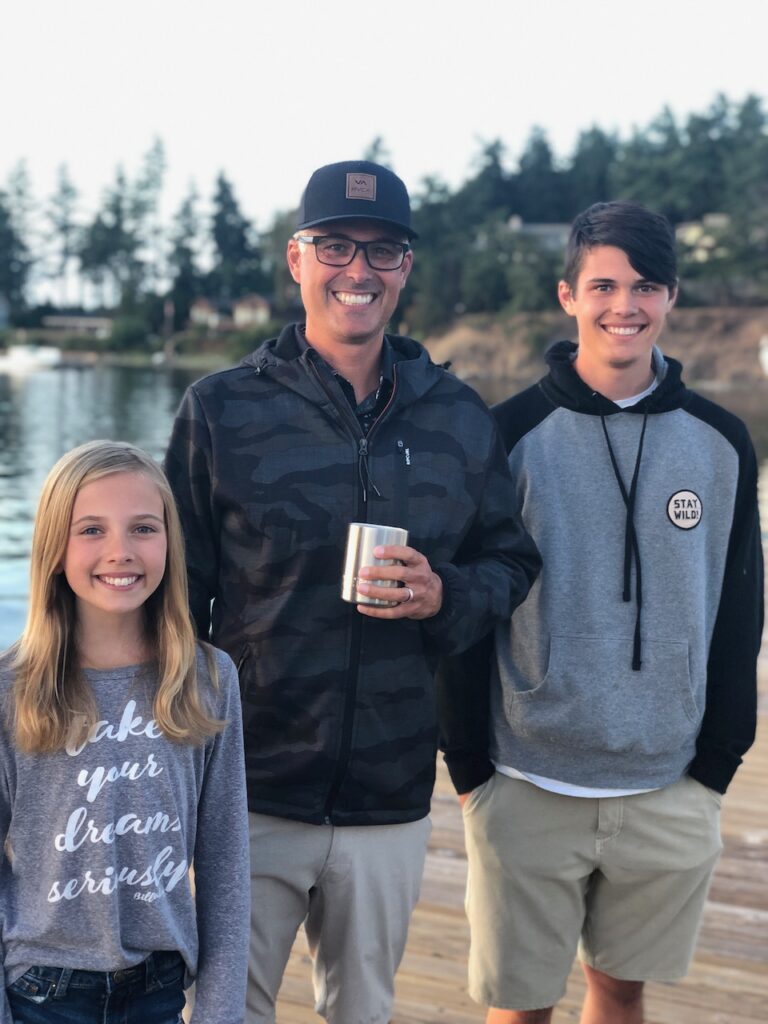 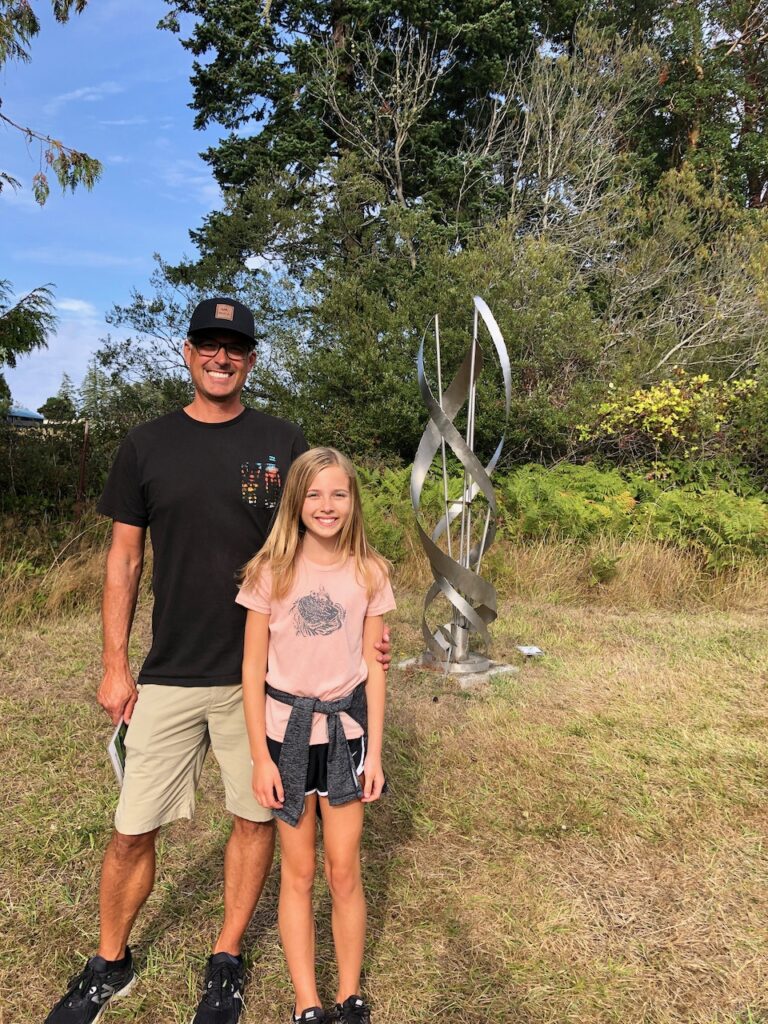 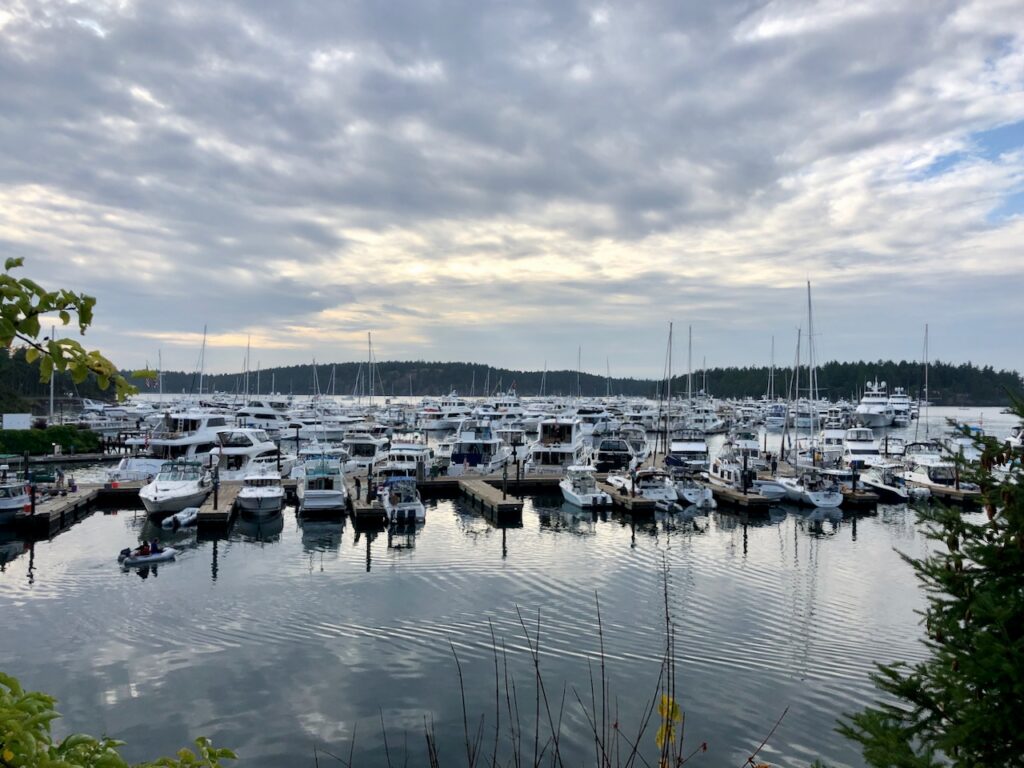