Saturday August 18th – Today we left Prideaux Haven and made our way west to Manson’s Landing, tucked in a little area we always anchor. It’s a fun spot, complete with a saltwater lagoon, a nice beach, and short hike leads to a beautiful lake but the weather must be calm. The anchorage opens up to the south end of the Georgia Strait. If the wind was blowing out of the south, it would not be comfortable. Lucky for us things were calm, and the forecast was for more of the same the next day.

It’s kind of a tricky anchorage in 80’ of water but we managed to secure a spot right where we always anchor. A few others were not so lucky as they came in after us trying repeatedly to set the hook within acceptable range of other boats. After feeling like the boat wasn’t going to drift off anywhere, we set out for some beach time and exploring the area.

Just as we were getting in the dinghy to leave Skylar said quietly but clearly “oh no, that’s not good”. What, I said. “My tooth just fell out” he said. He turned to Julie and I and the hillbilly was suddenly turned on. Years ago, when Skylar was about 8 years old, he was sliding on his stomach down our long, slippery, hardwood floors. He wouldn’t quit sliding even though it was time to leave the house. Finally, he put on his sweatshirt to leave but just had to slide one more time. Except this time the grippy logo on the front of his sweatshirt took hold on the hardwood and planted his face smack on the hardwood. When he came up, blood was everywhere, his tooth almost went through his lip and his front tooth had a big chip out of it. The dentist was able to fill it but warned that it would not last forever.

Today, miles from a dentist, in a different county, on a boat, it decided to fall out. He played it off like no big deal, but he was embarrassed. We decided to wait until we got home to get it fixed but Skylar is resourceful. He found the chunk and was able to put it back in until he had to eat then took it back out. That lasted for quite a few days until he lost the chunk!

After some exploring time, Skylar “Hillbilly” Heyer and I took a run in the dingy to Gorge Harbor to fuel up and get some much-needed groceries. It was a fun run, then we all took a sunset cruise and fishing expedition. Skylar of course hooked into a nice Lingcod. Must have been the tooth. 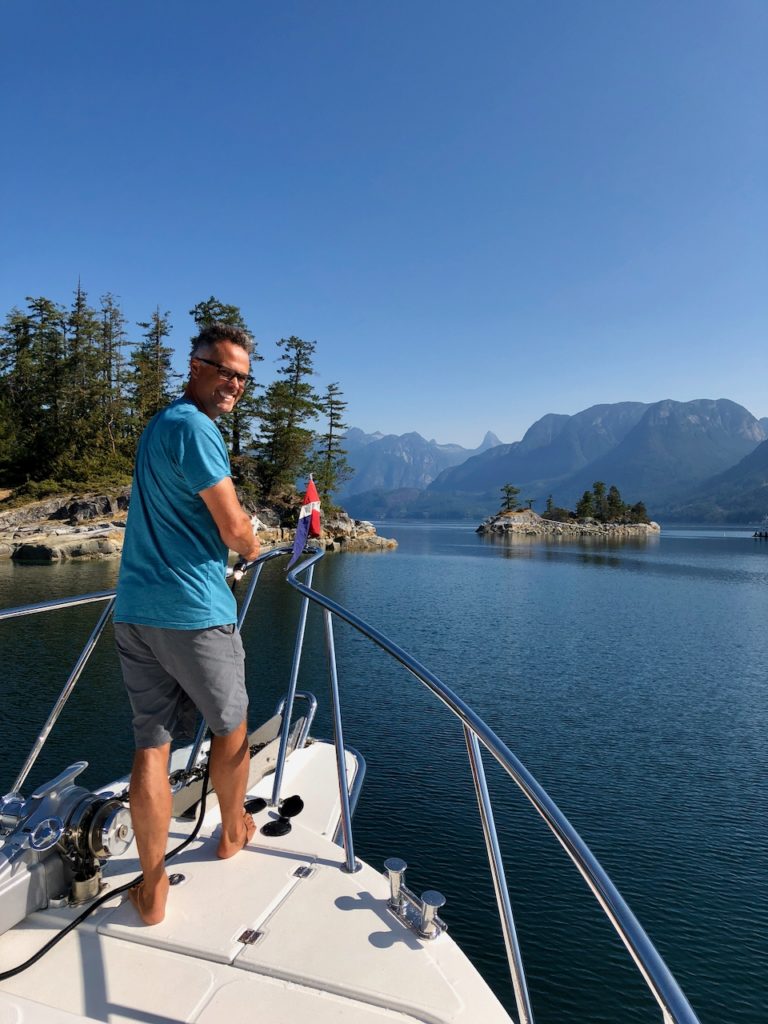 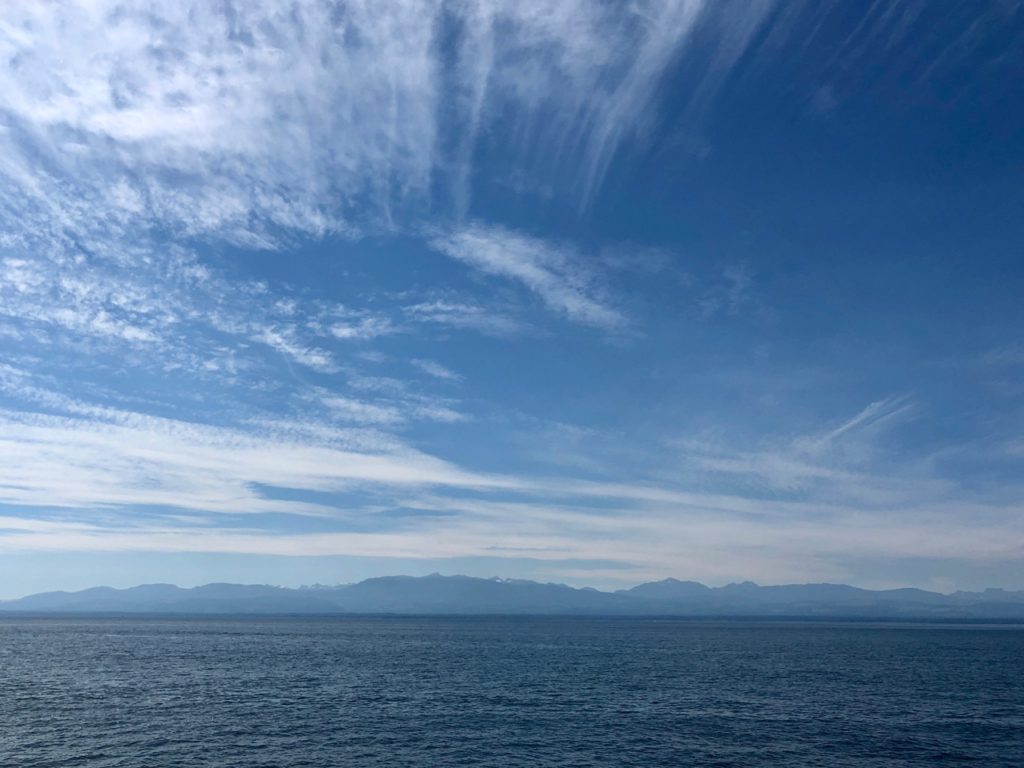 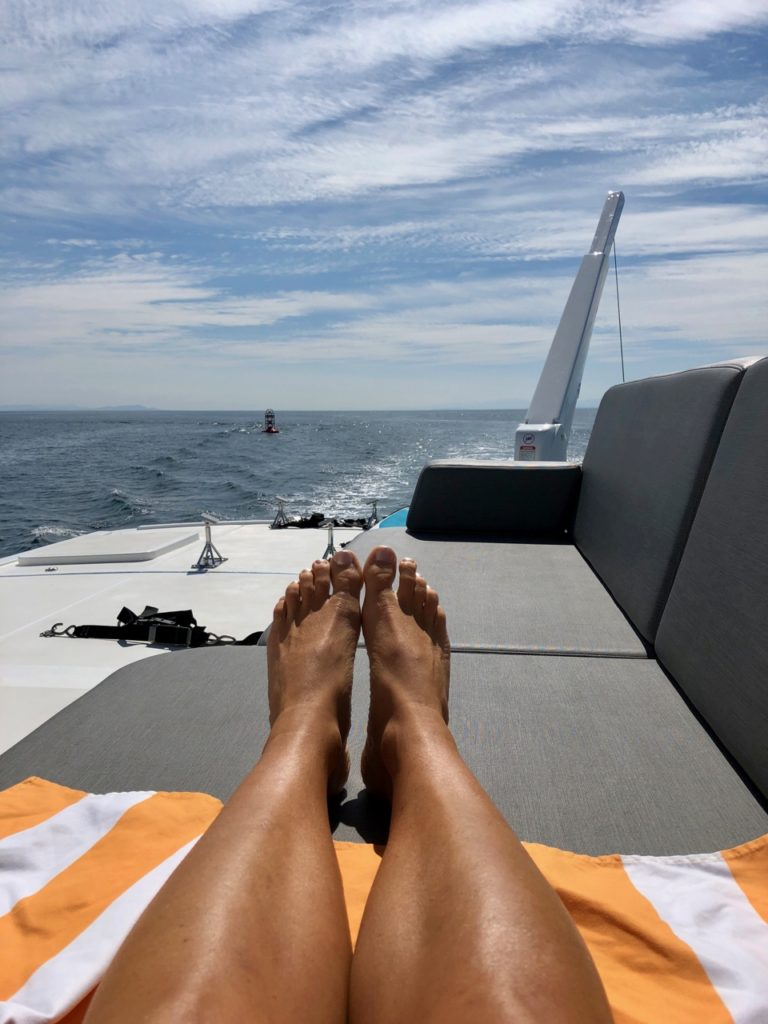 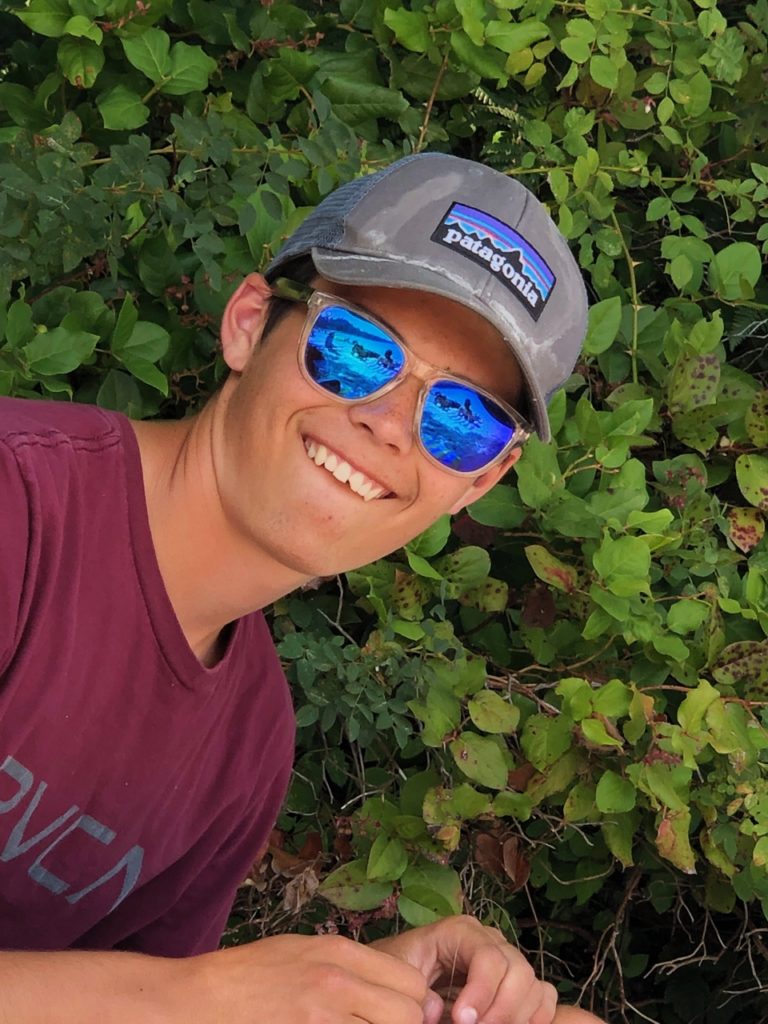 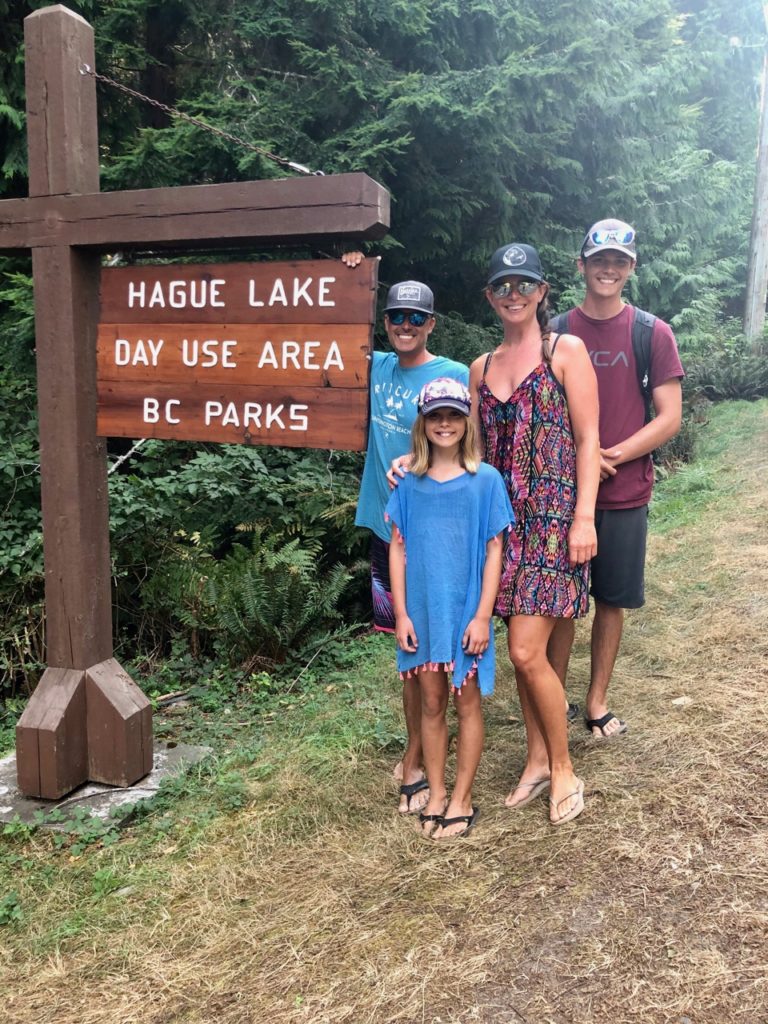 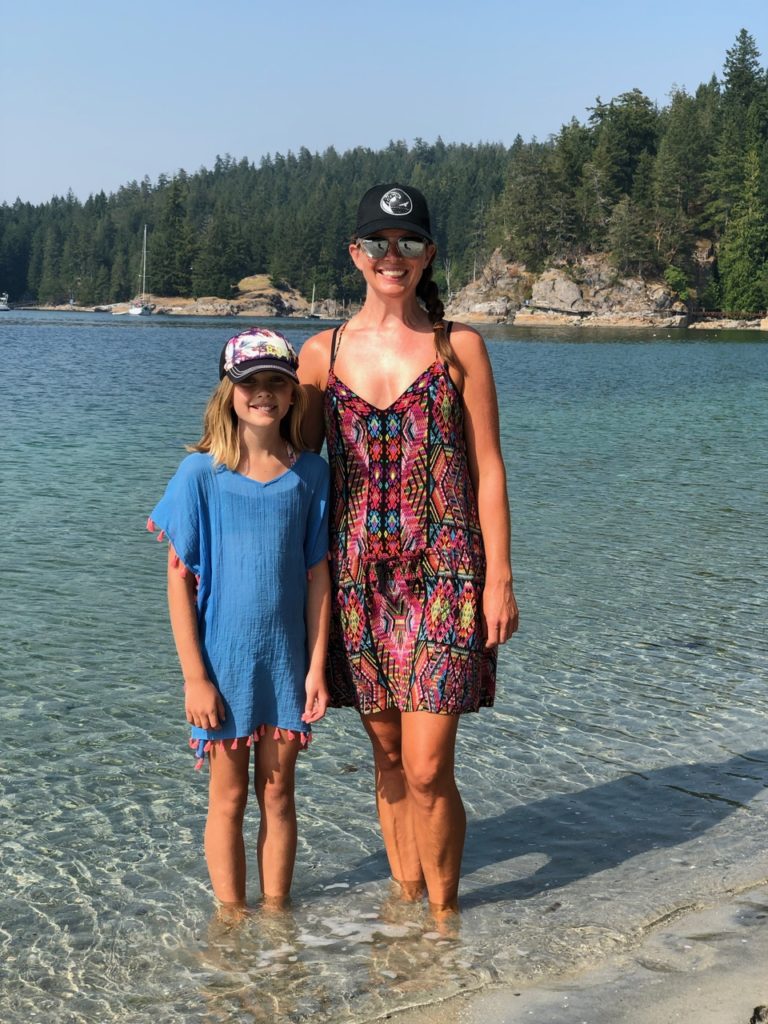 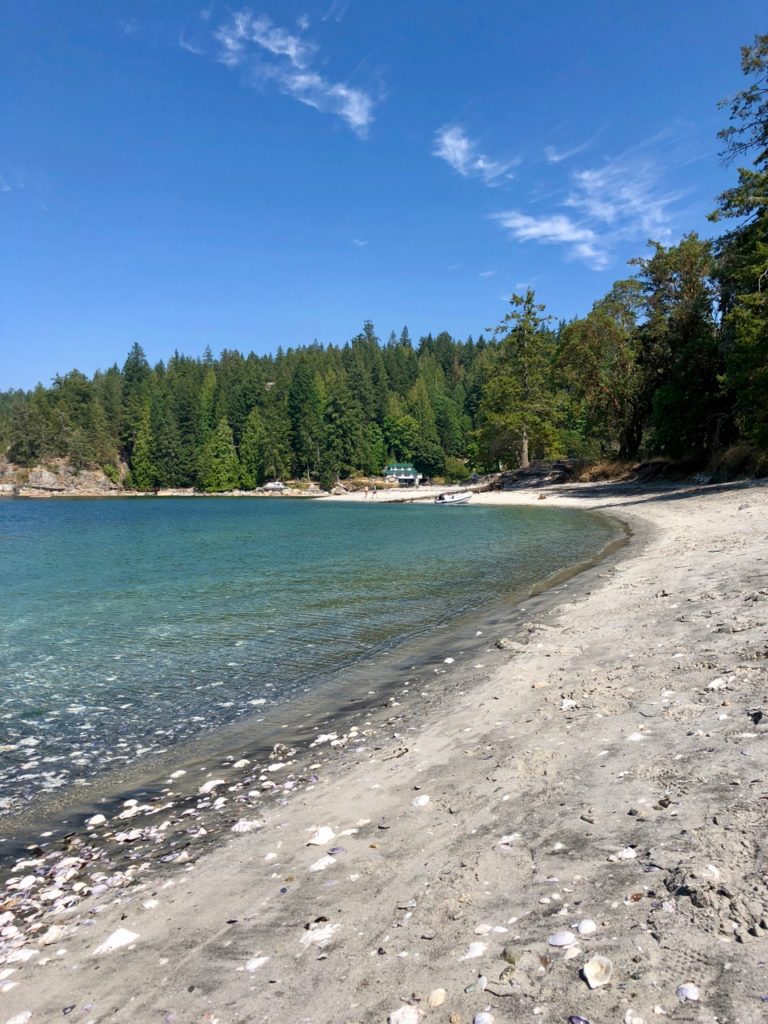 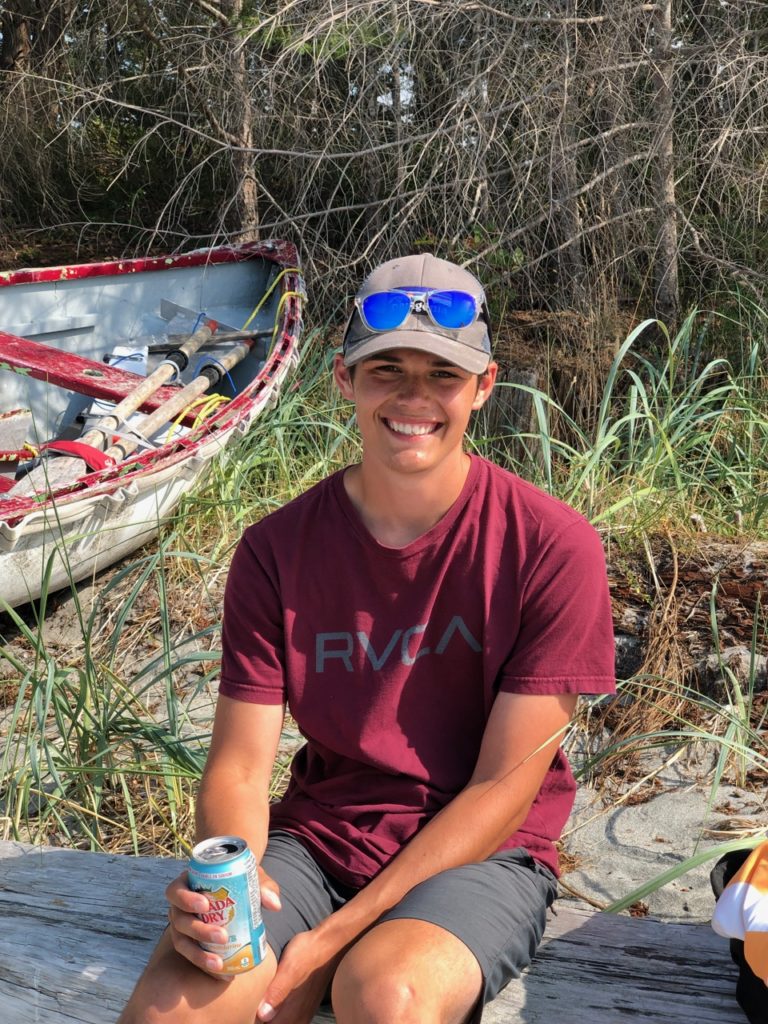 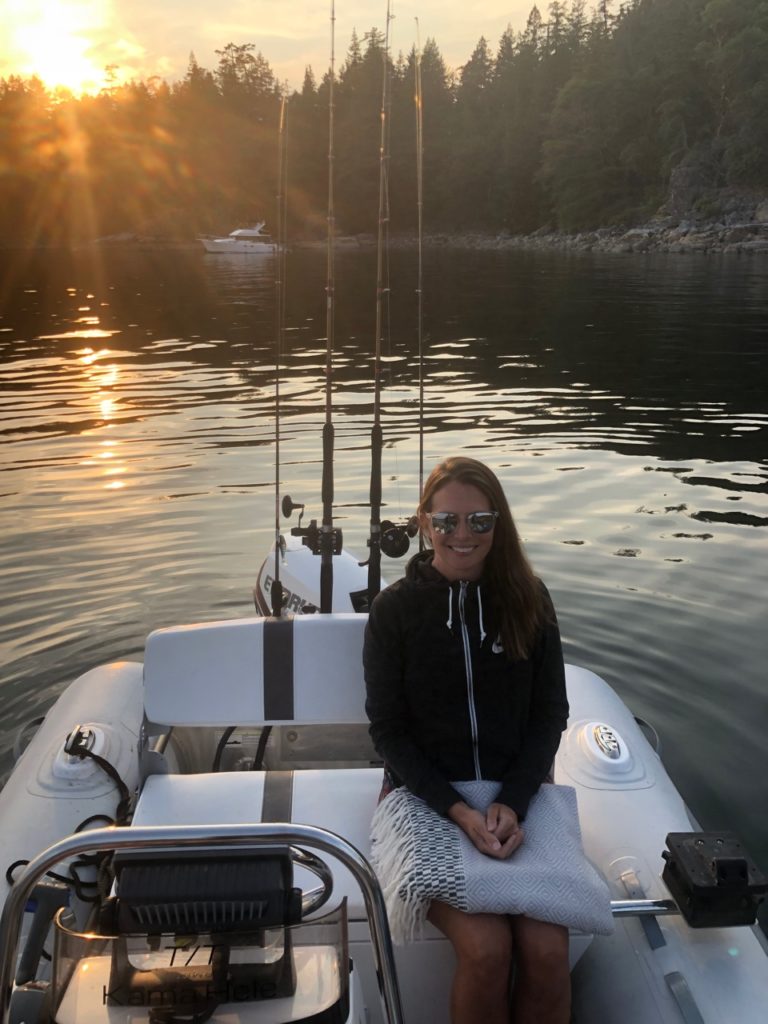 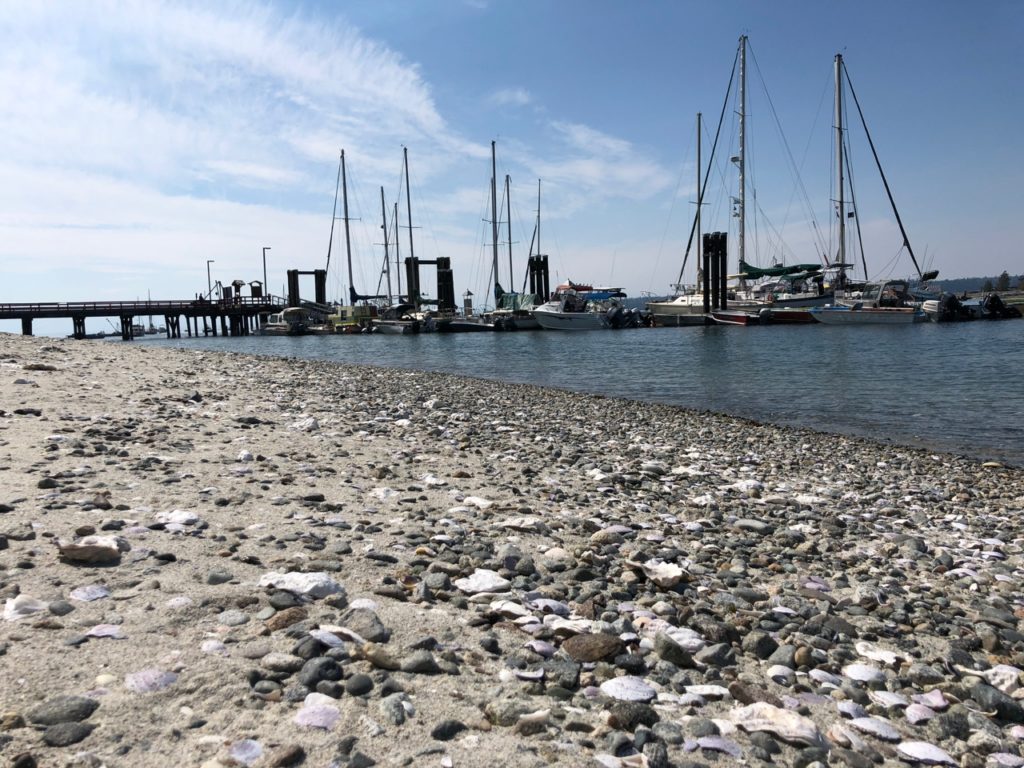 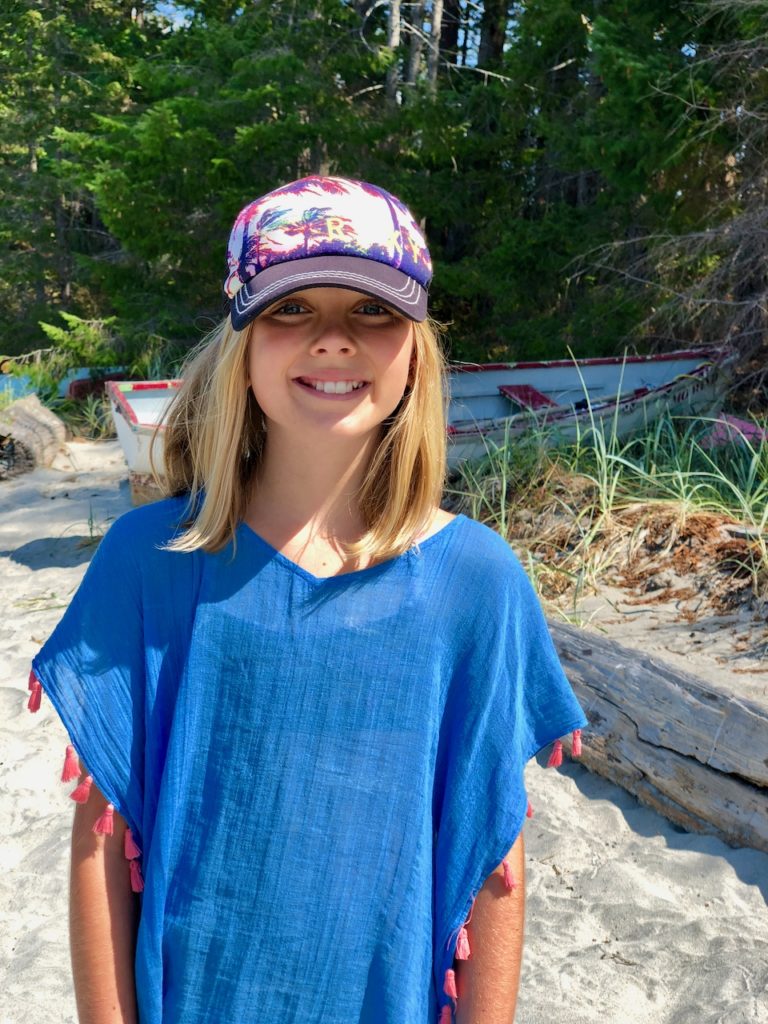 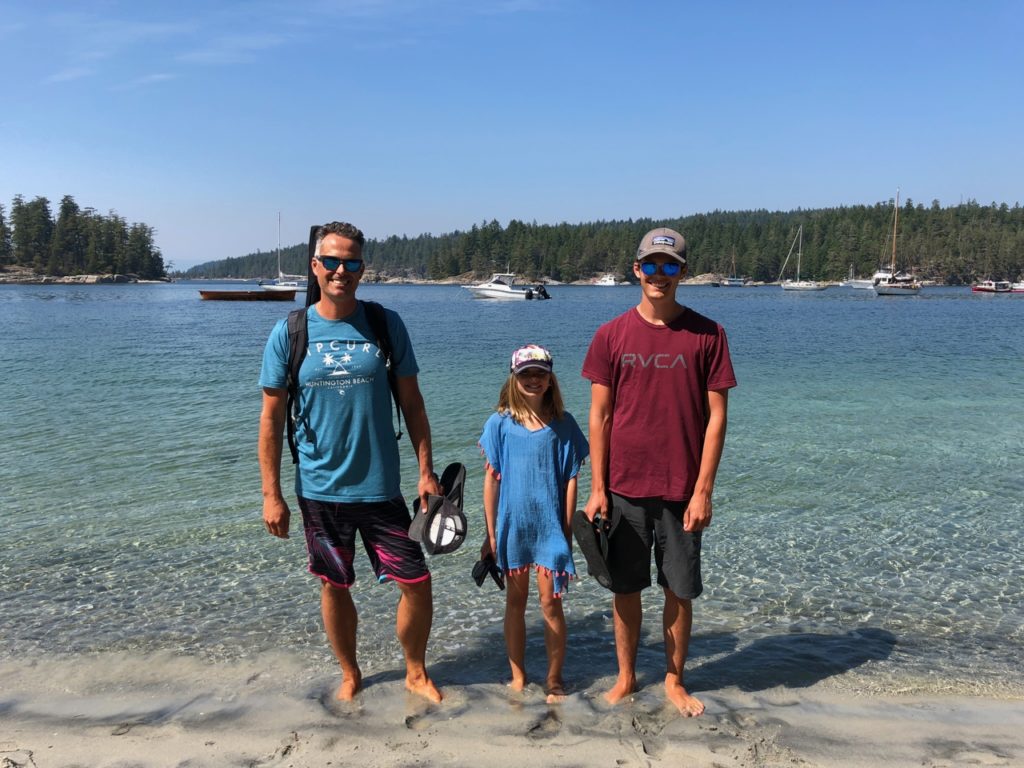 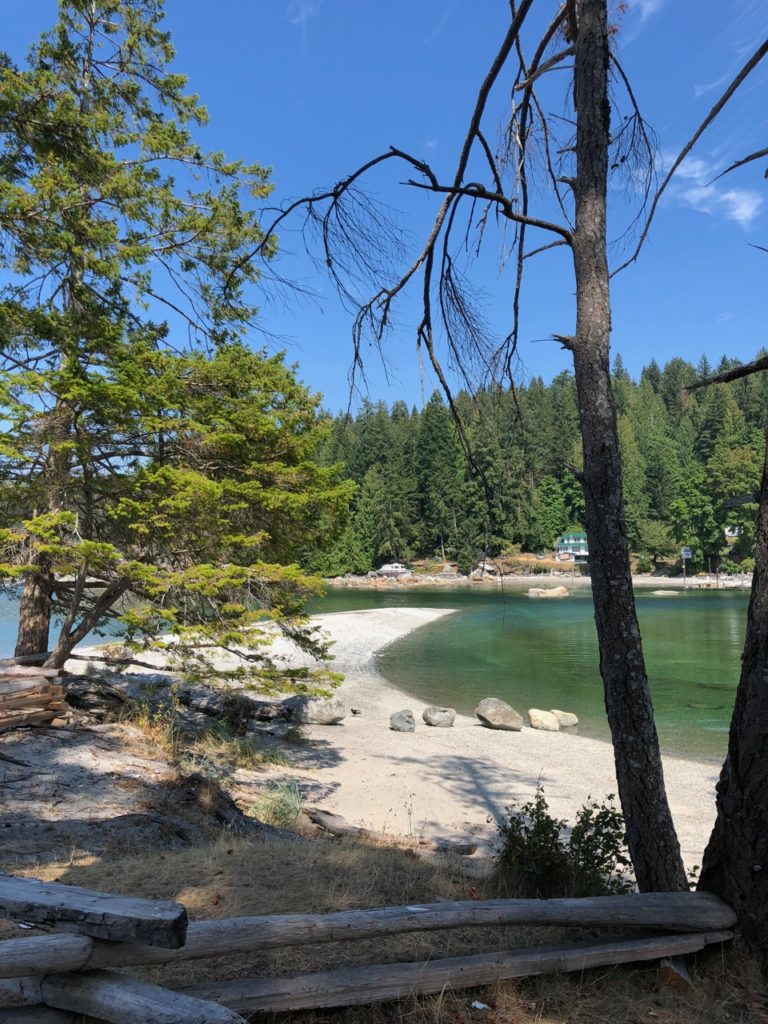 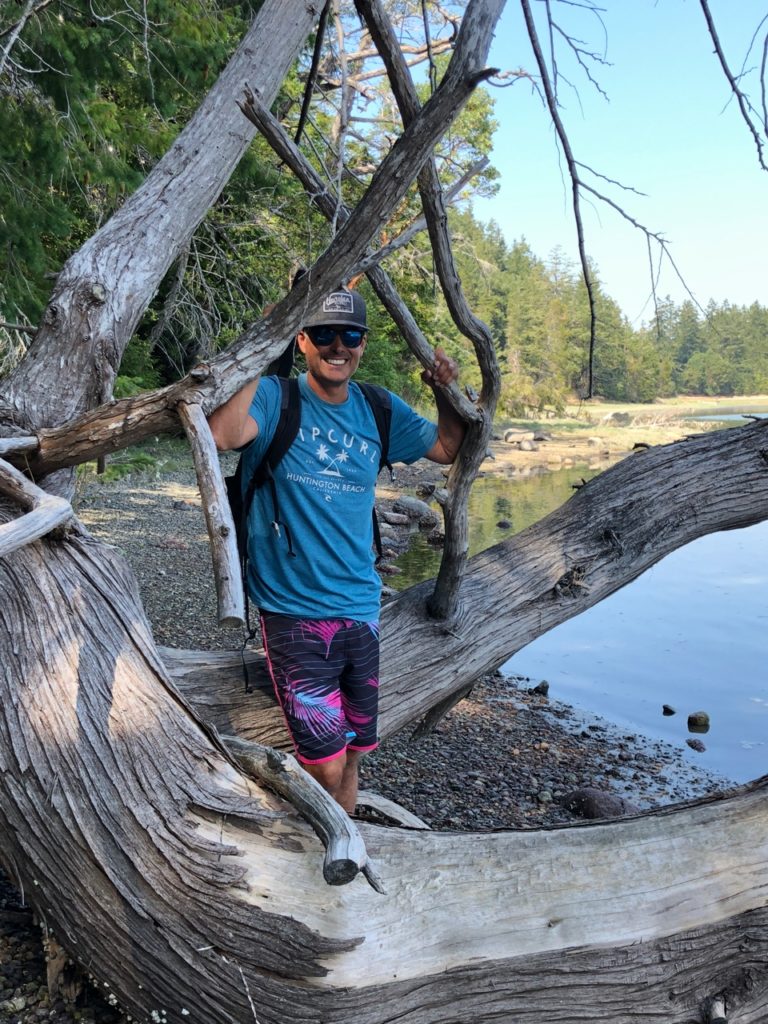 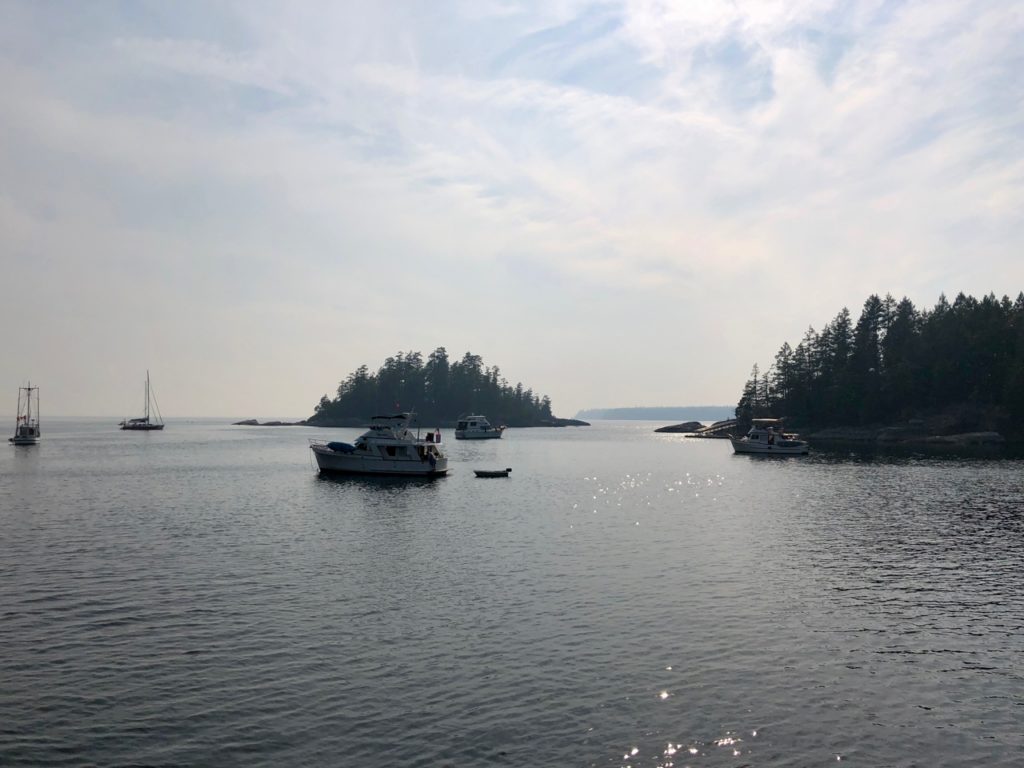 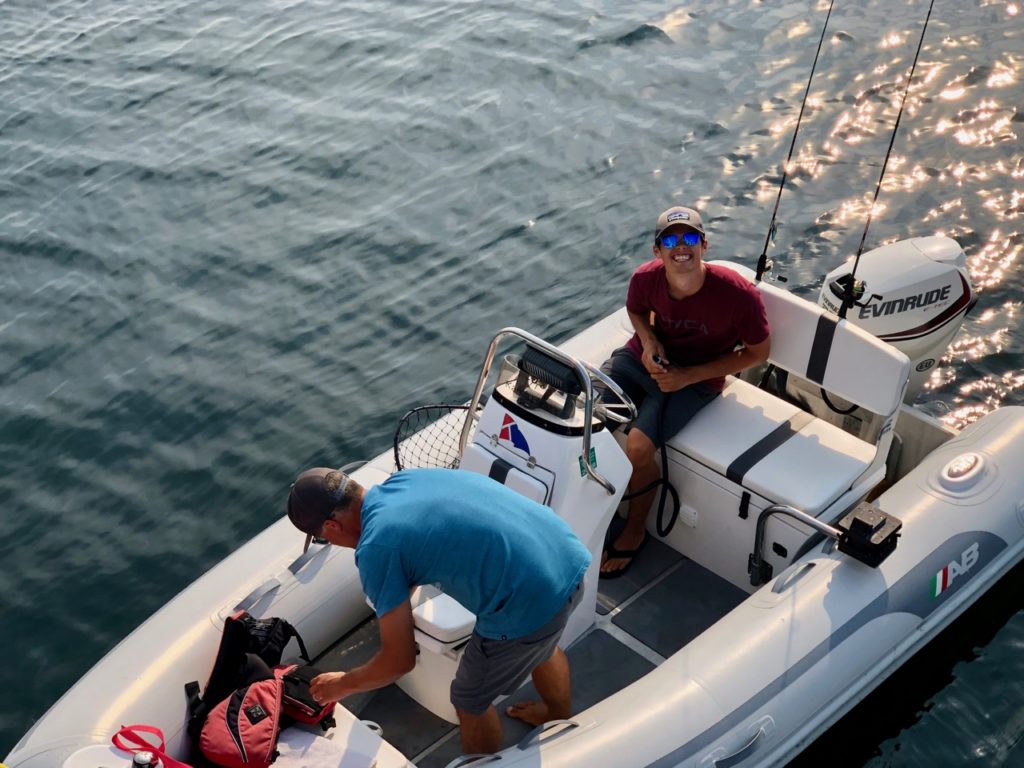 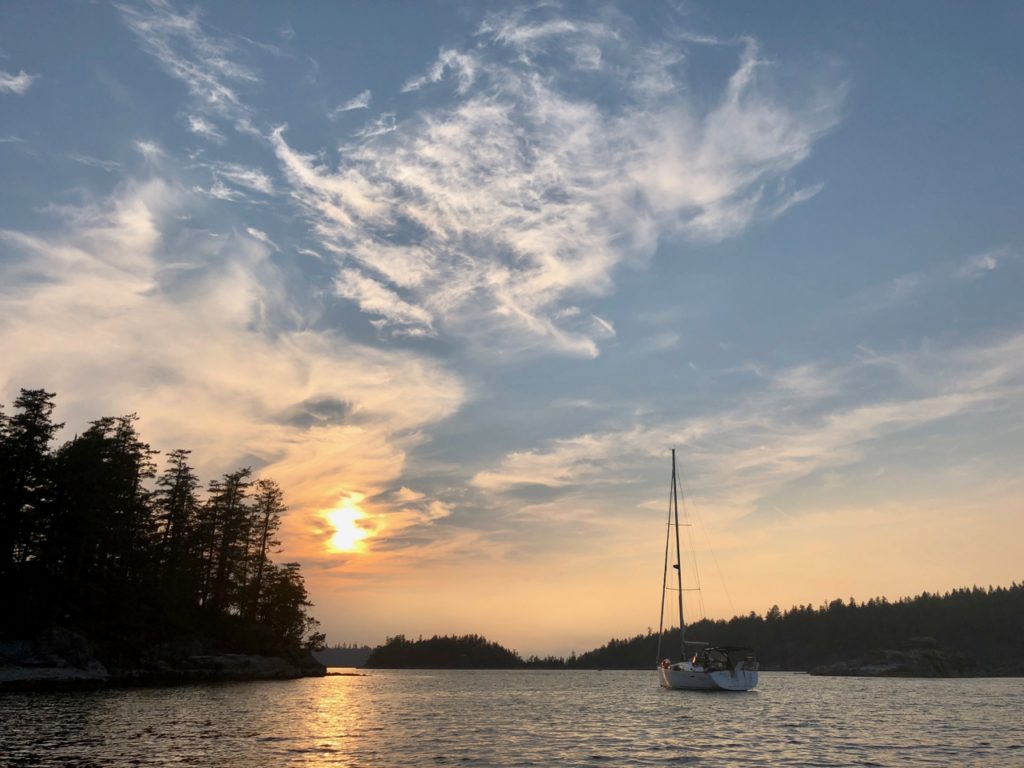 Sunset from our anchorage 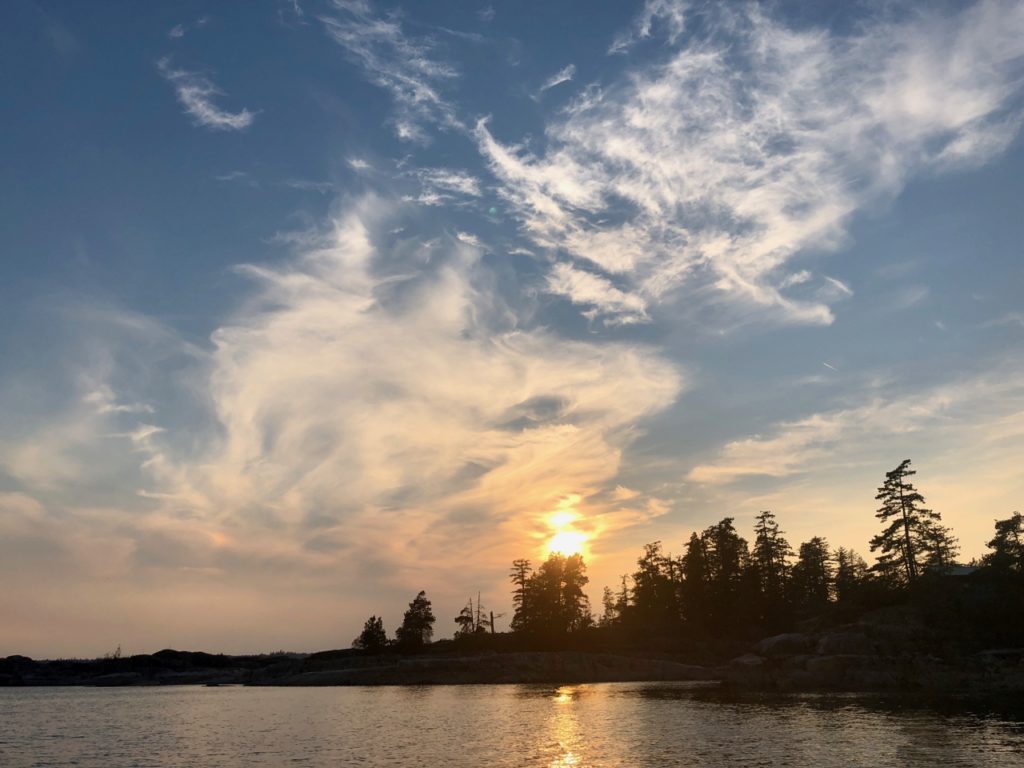 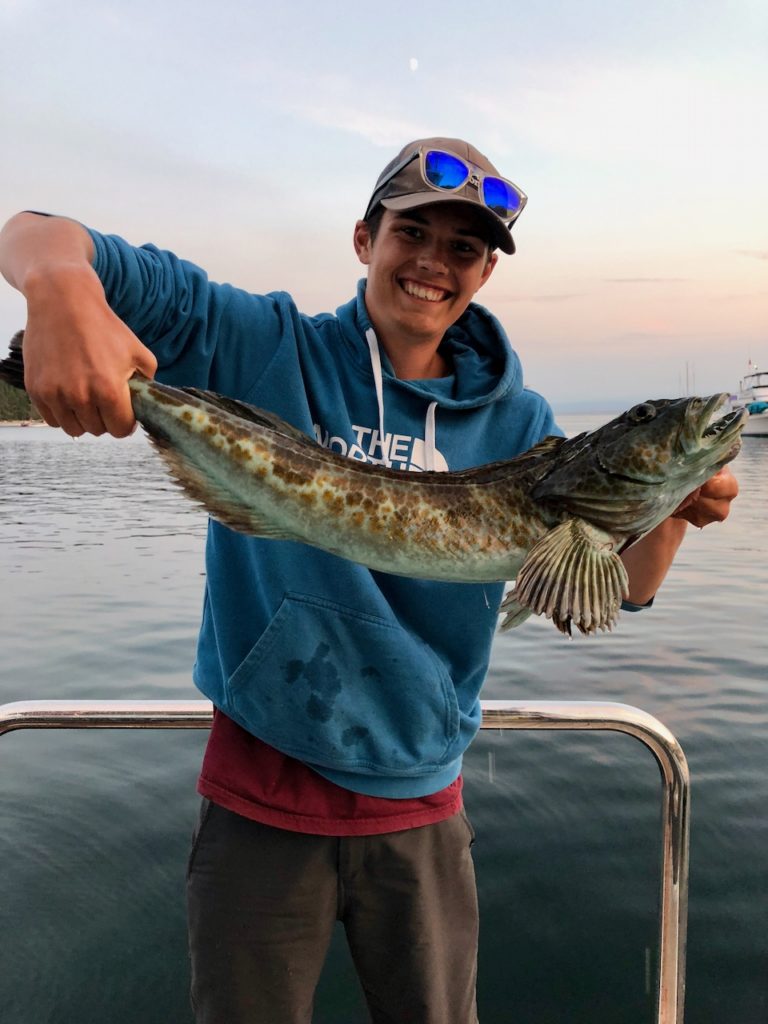 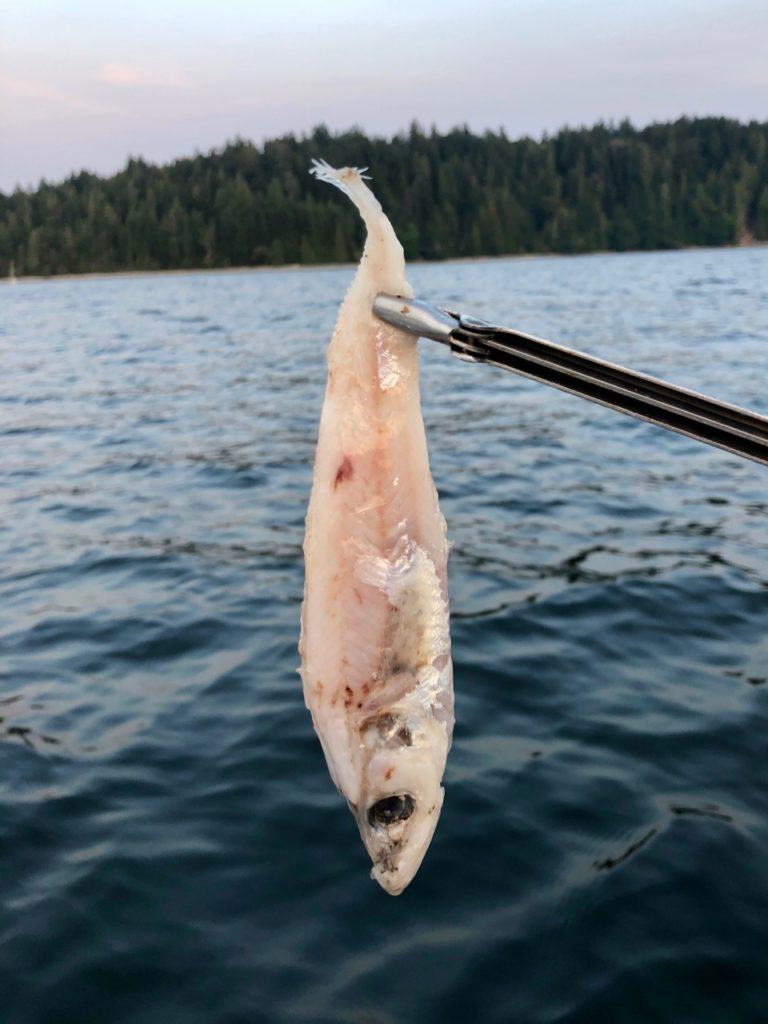 The ling puked this zombie fish up after we caught it.