Sunday June 30th – The last few days have been a scramble. We spent the middle part of June at our house in Palm Desert trying to get everything setup for new landscaping to be installed this summer. Then back home we only had 4 days to get ready to take off on the boat for the next 2 months. On top of everything I got a sinus infection which almost made me useless. But after I finally gave in to antibiotics things started to speed up.

Without much time to prep the boat, Julie decided to “just buy everything” in the way of food. And she wasn’t kidding, the boat filled up fast. Skylar looked around while we were stocking the boat and said, “if we were to sell the boat right now, with all this food onboard, we could get twice as much for it”!

We did it. At 2:22pm (yes it really was 2:22 and not planned) we cast off from the boathouse in Tacoma headed for Edmonds.

A beautiful cruise until just north of Seattle a mass of sailboats were all under sail going mostly east and west while we were going north. There was no avoiding them, so I slowed the boat to 8 knots and kept what I thought was a watchful eye. Boats would cross my path in front of me and then you would think you were in the clear, but sailboats have a way of tacking, I guess. I don’t know what happened but all of the sudden there was a sailboat about 100ft away on a collision course with us, no idea why I didn’t see him. Scared the living @#$% out of me, and Julie just hid. He turned last second, and I did the same to avoid a collision. Totally my fault, not only did he have the right of way because he was under sail, but he would have had the right of way even if he wasn’t. No excuse, I jacked that up, and Skylar will never let me forget it!

Arrived in Edmonds, ego shattered, but a beautiful night on the docks. 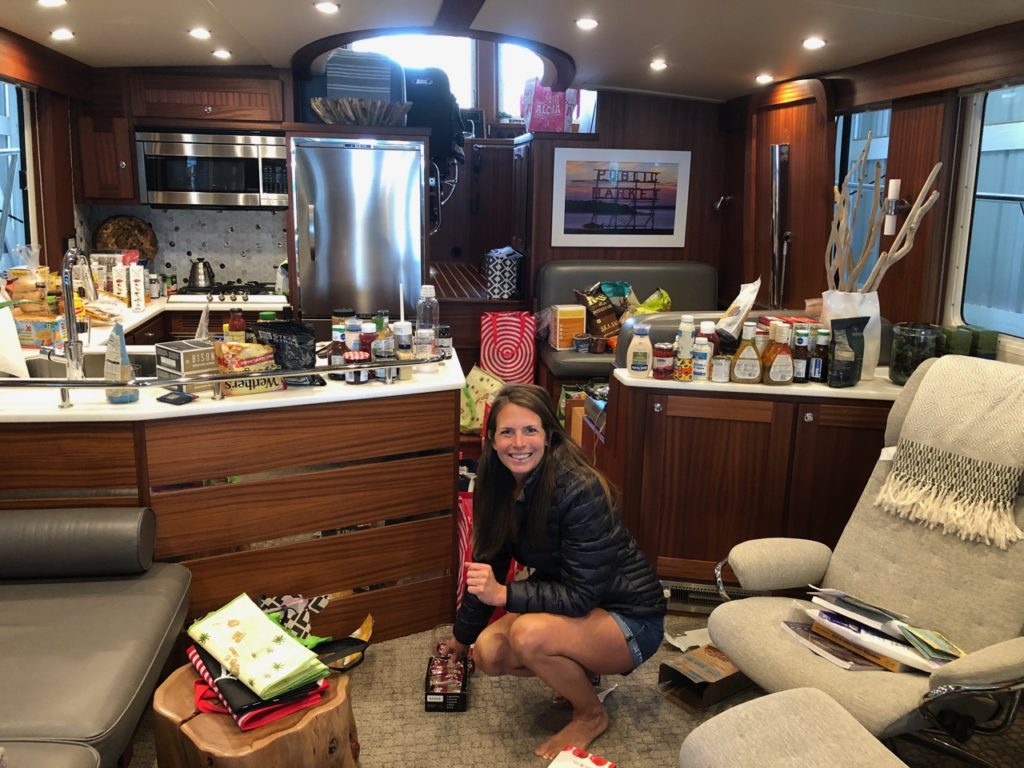 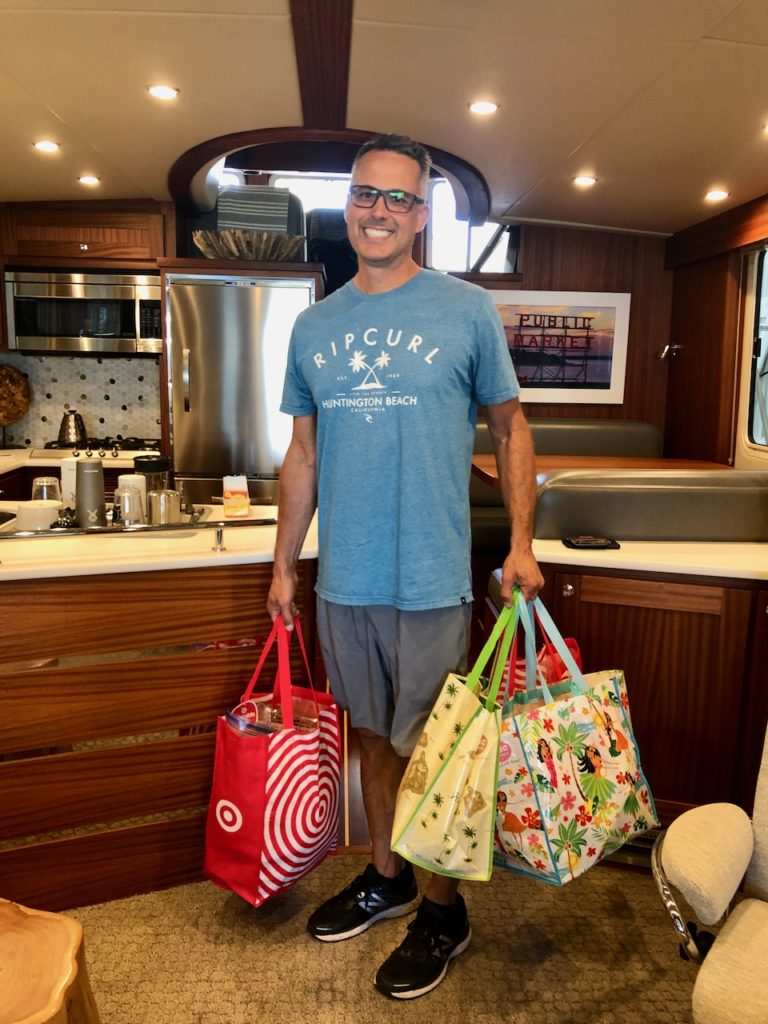 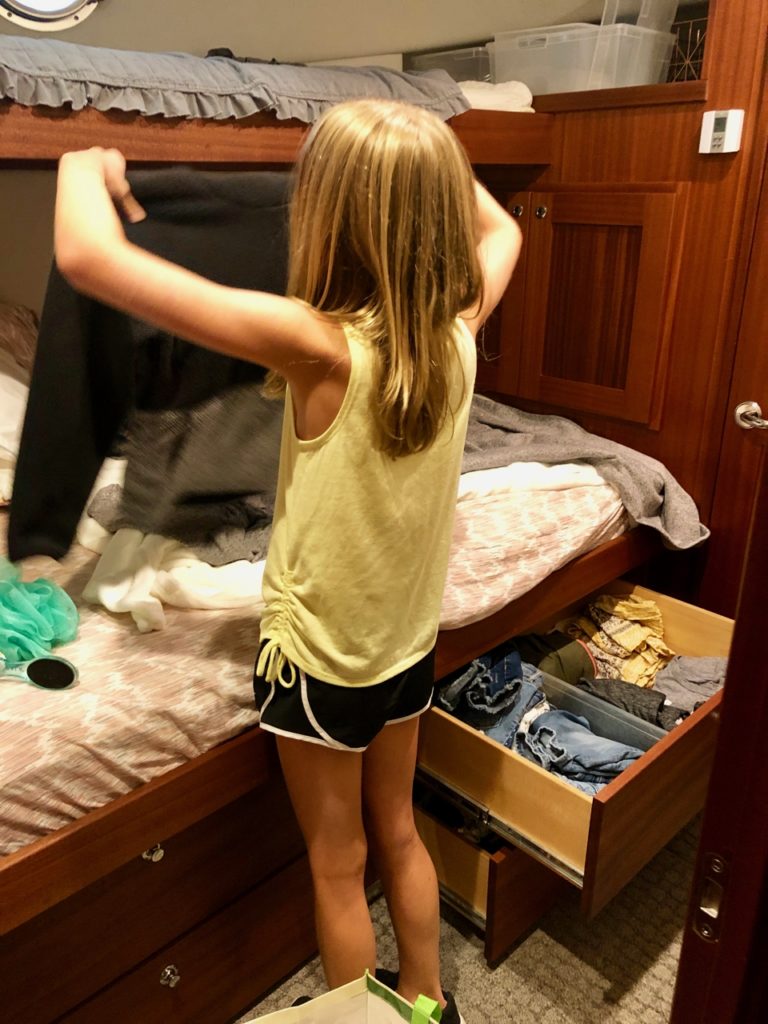 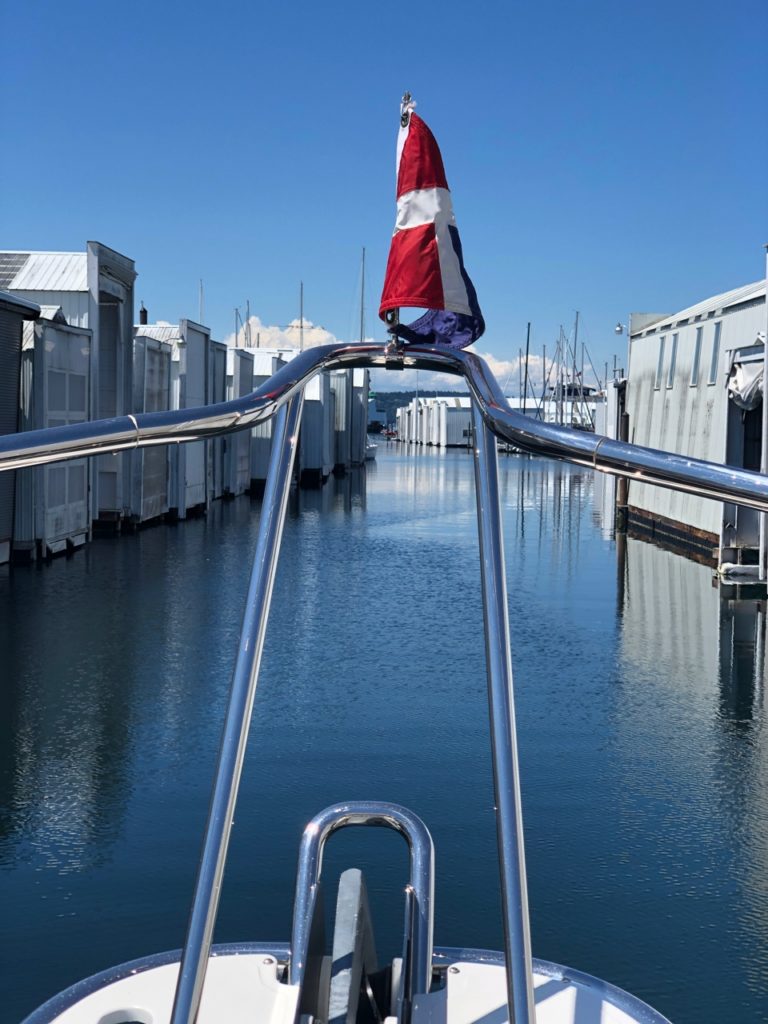 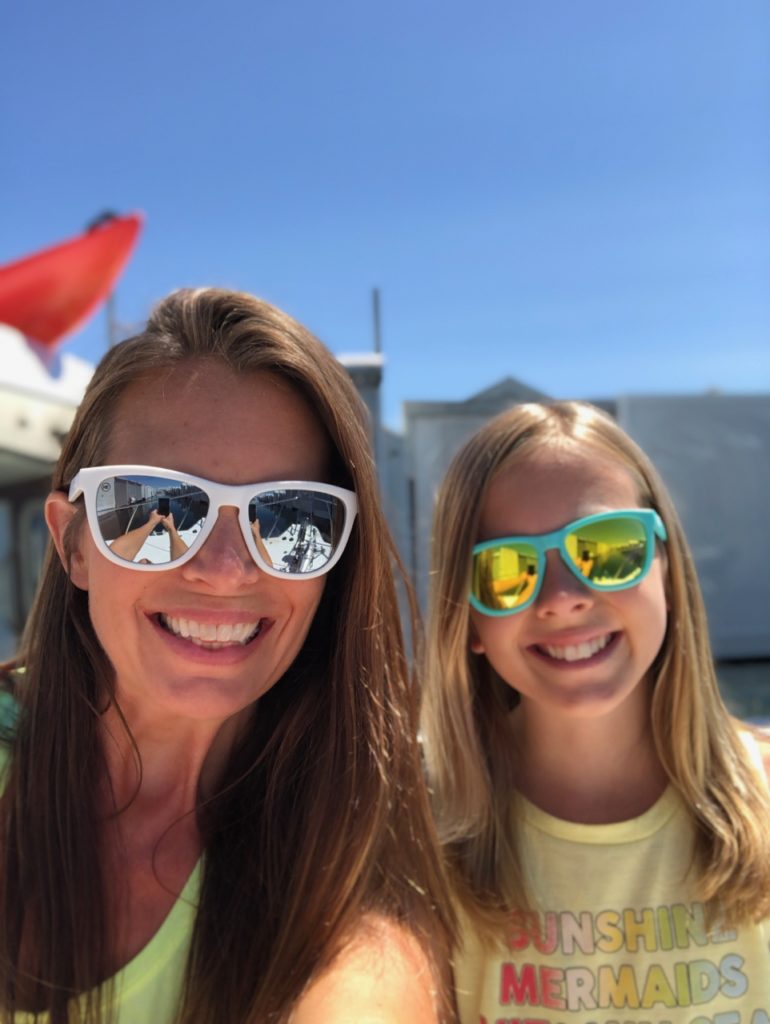 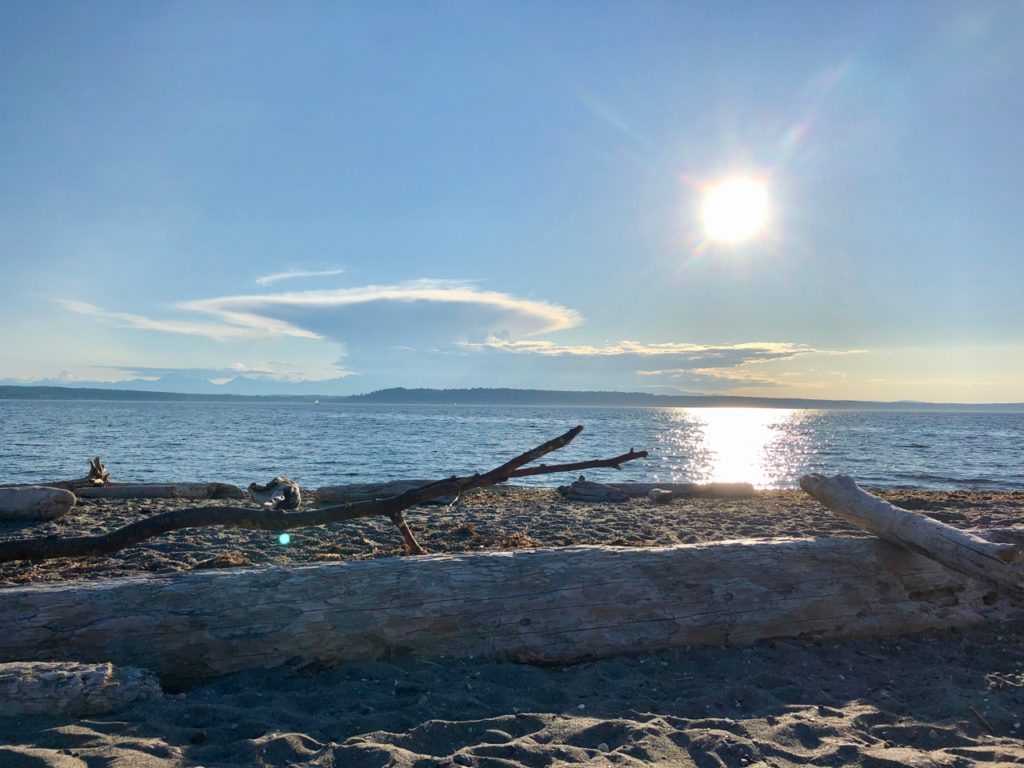 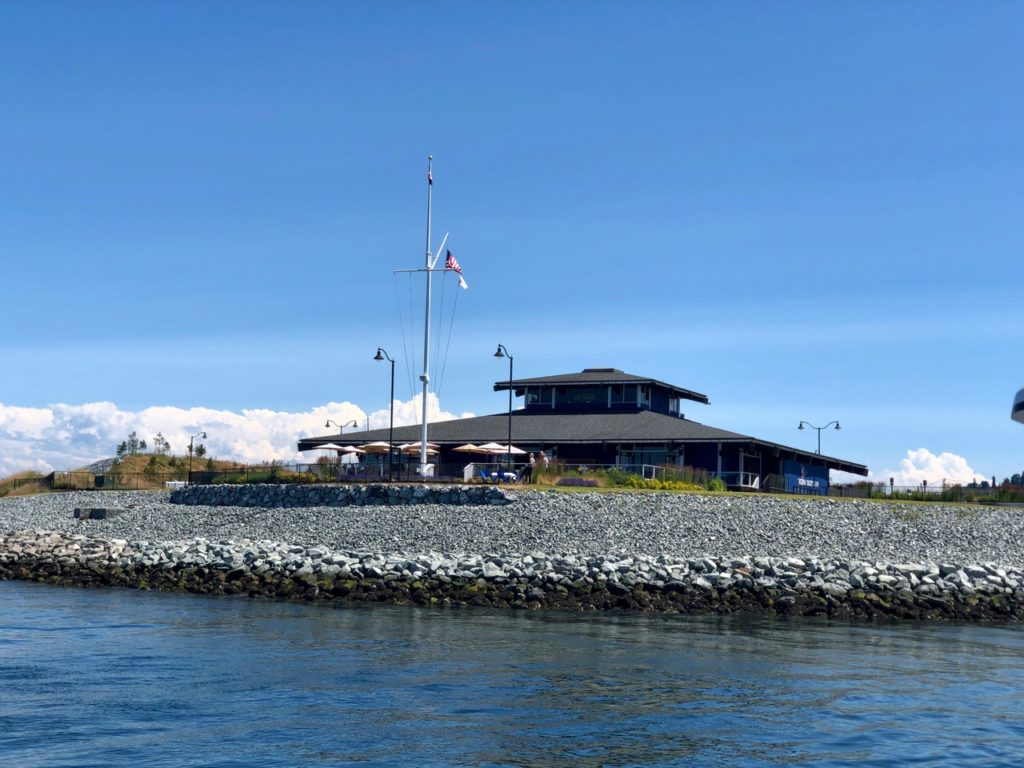 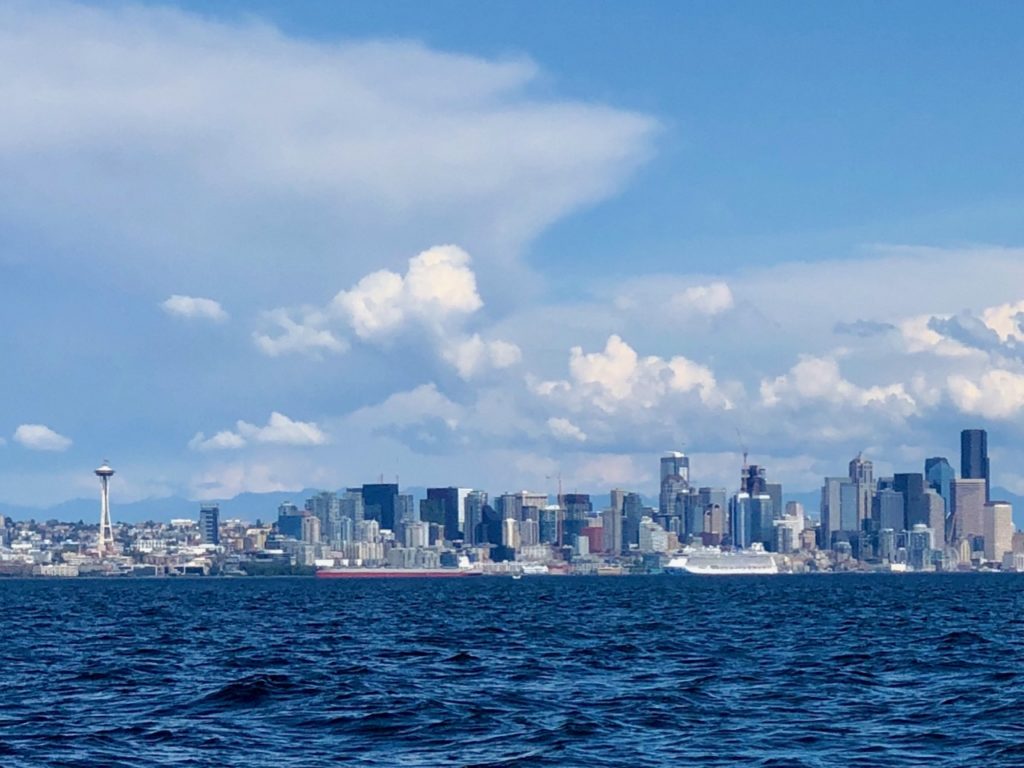 Cruising past Seattle on the way to Edmonds 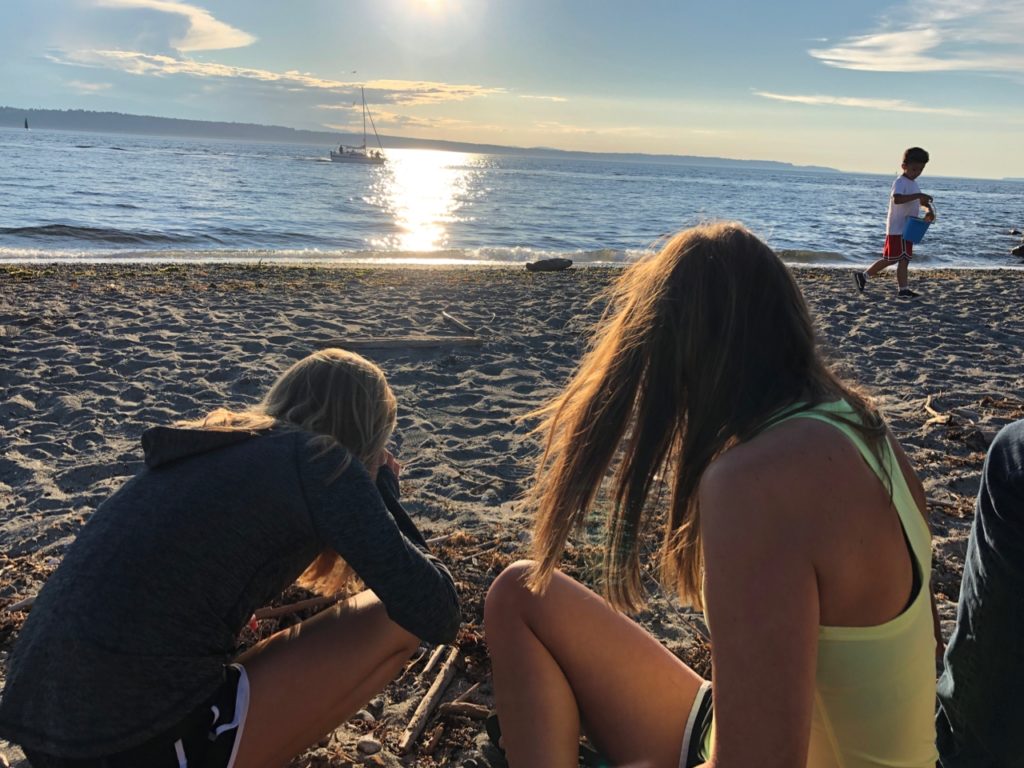 After docking at in Edmonds we walked to the beach 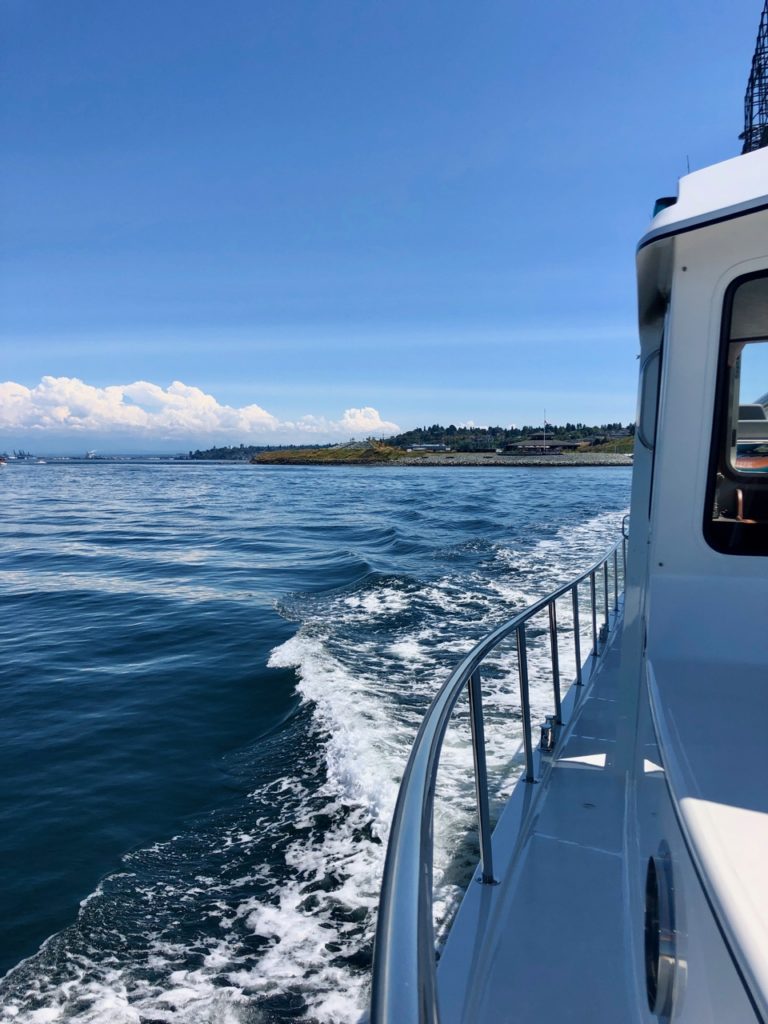 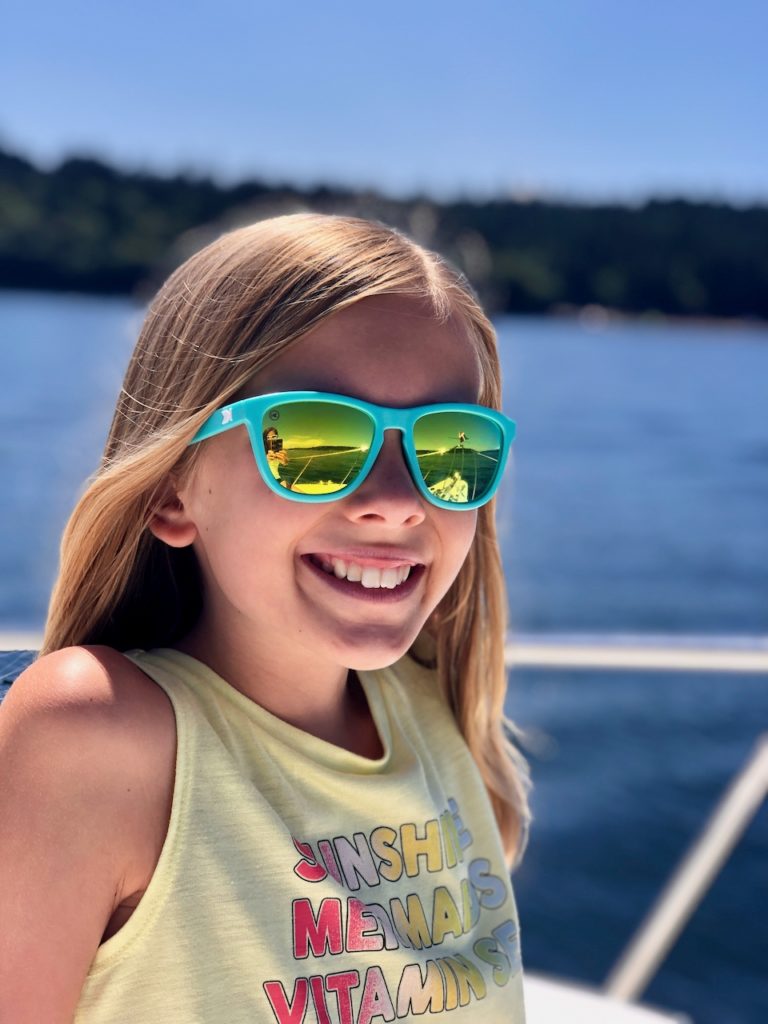 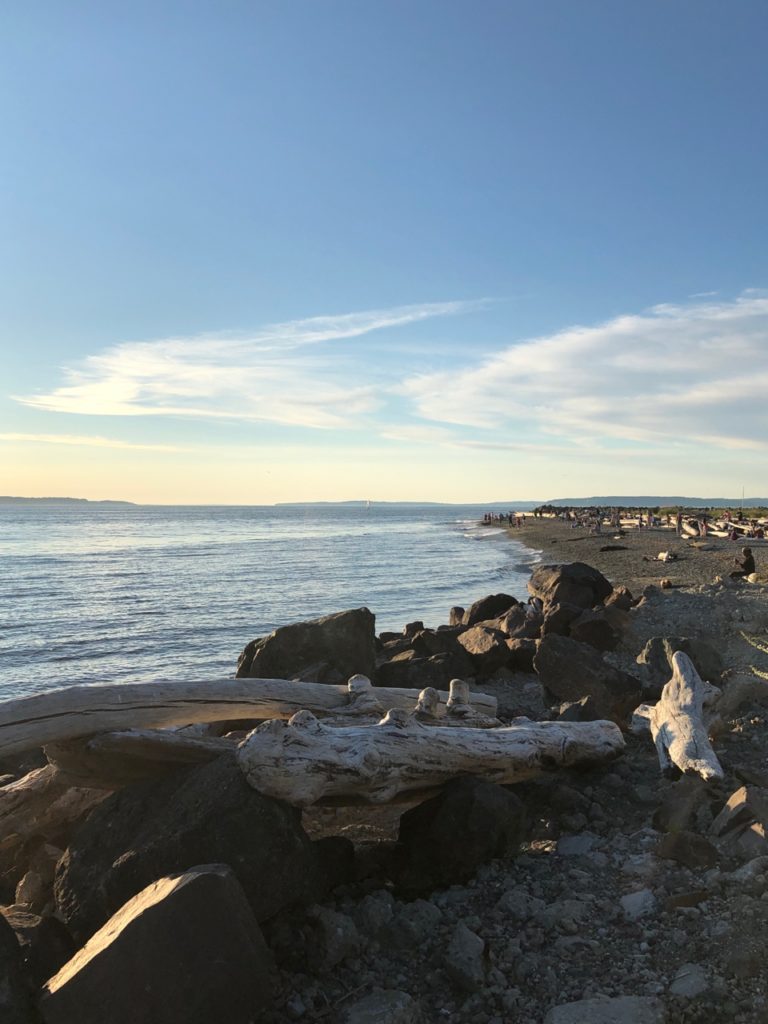 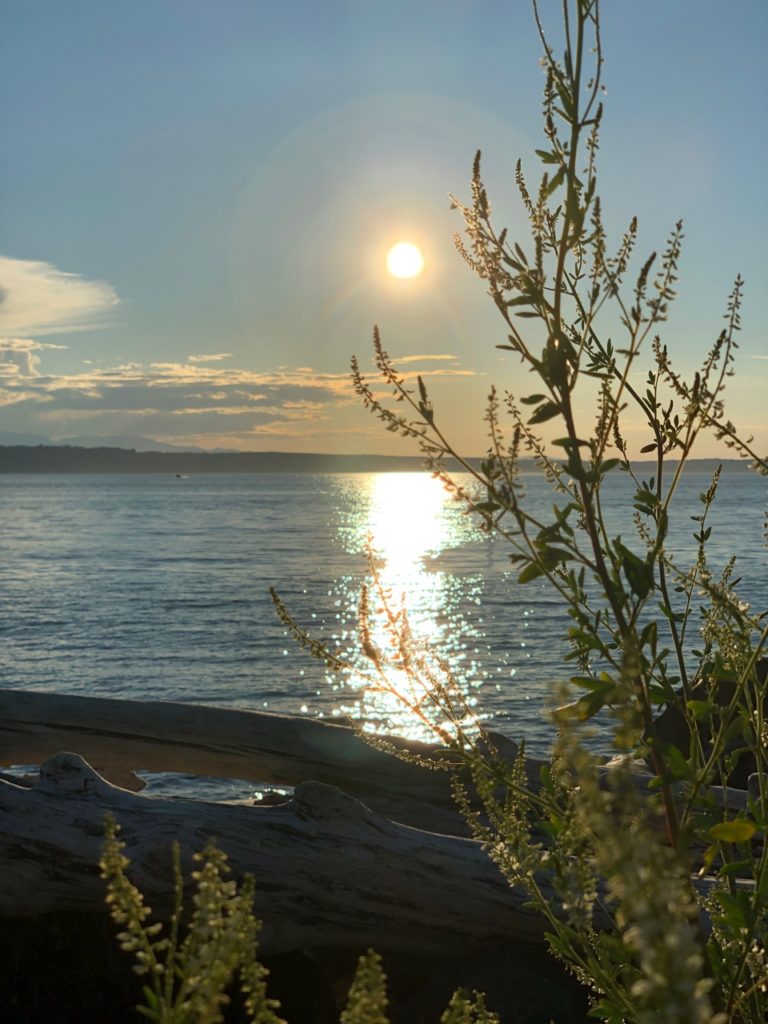 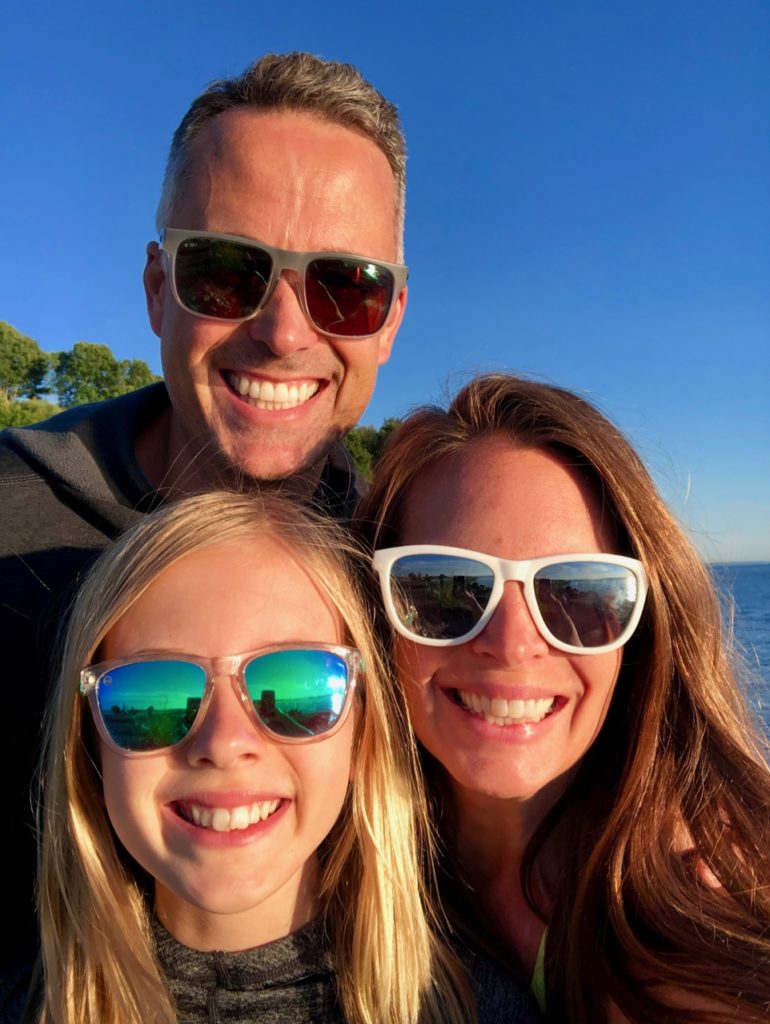 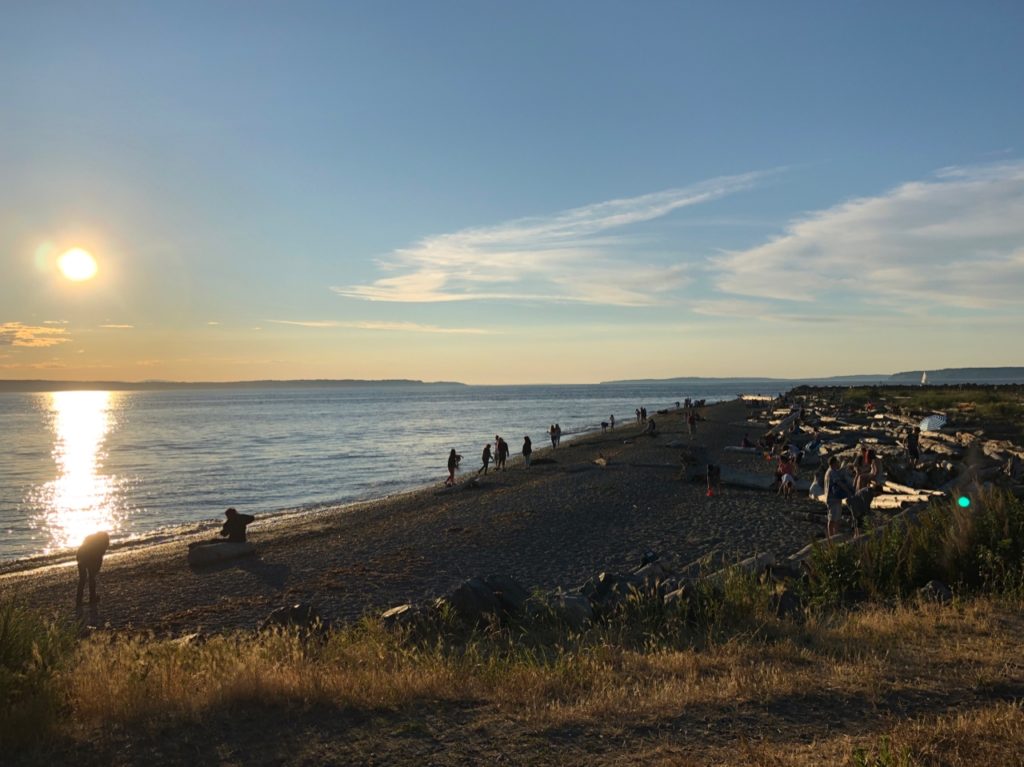 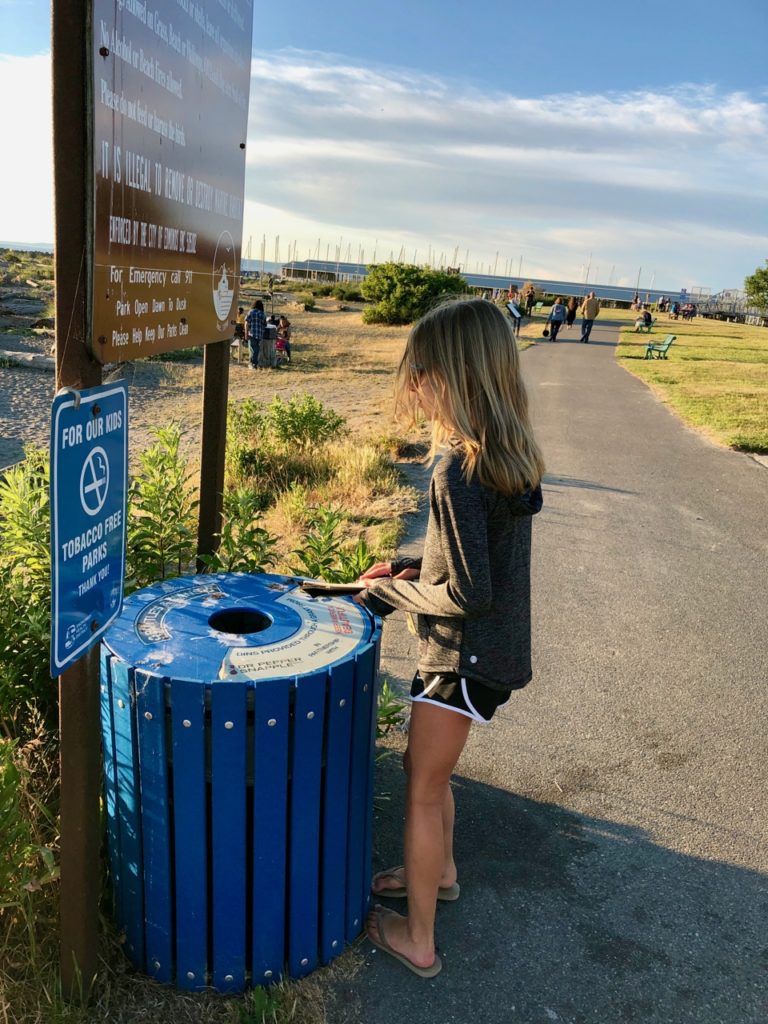 Ava’s community service project for school this year is picking up trash on the beaches this summer. This is her start. 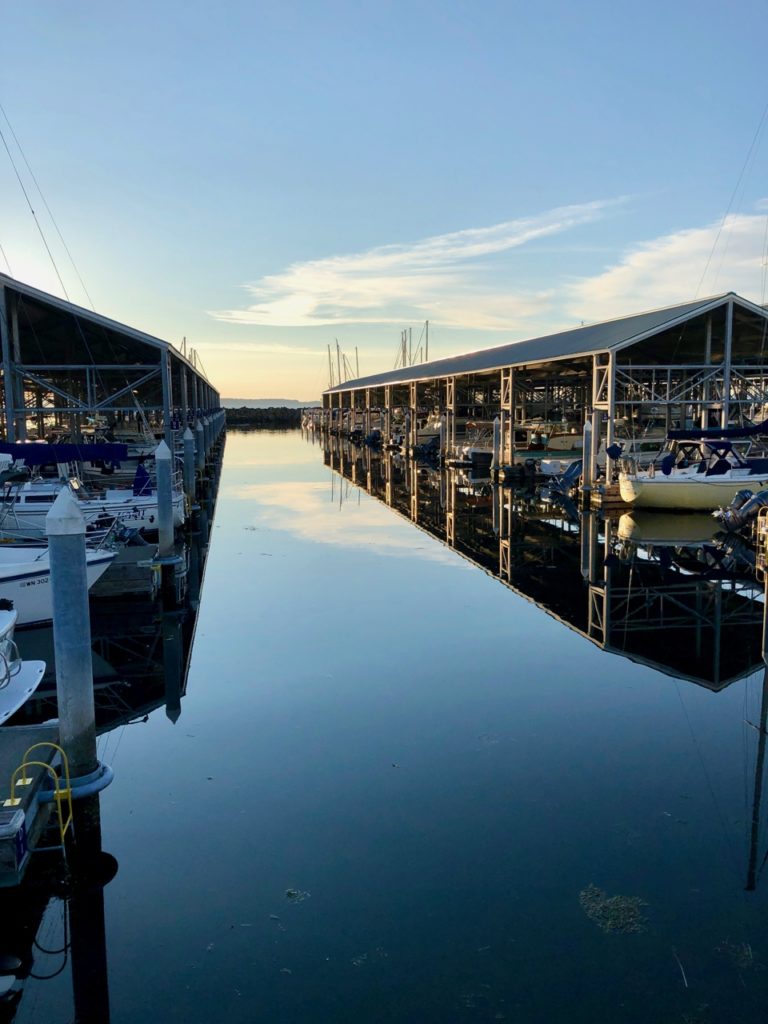