August 3rd and 4th – After pulling anchor and leaving Tenedos we went just around the corner to a little place we call The Cut (not an official name). It’s right off Otter Island and we call it The Cut because if you are brave enough to take your boat through the very narrow (but deep enough) passage you can shave off a little time by not going around Otter Island. But for us, The Cut makes a really fun small anchorage where you can watch all the boats go by as they slow down for the narrow passage.

First task after getting anchored was to get some shrimp pots soaking! Then we all jumped in the dinghy and ran the distance to Refuge Cove for some lunch, ice cream, groceries, dinghy fuel, and to give “Garbage Dave” our trash, which he gladly accepts for $1 per pound.

Stern tied to Otter Island, Skylar and Zach said they kept hearing some type of animals in the woods just off the stern of the boat. As night fell the noises increased. At one point we all thought for sure a bear was calling us. Todd had the perfect call back, but the bear was not interested. We never did confirm if it was a real bear or not but it sure was entertaining.

A Mink! Skylar spotted it with a high-powered flashlight. He would run down the bank from some sort of home burrow thing in the woods then slide in the water emerging a minute later with a fish in it’s mouth. It was super fun watching him in the pitch black with just the light shining on him. He didn’t seem to mind much. A very fun evening in the wilderness.

Saturday August 4th – A lazy day at The Cut just relaxing on the boat, sitting in the sun and pulling up the shrimp pots with mediocre results. That evening we all dinghied to Prideaux Haven for the concert. Amazing how many people were packed in there and how many dinghies were rafted together. Fun to see everyone having a great time. Todd’s parents braved the crazy and anchored in the bay a couple days before. We all had dinner on their boat before the concert then joined the raft of boats. 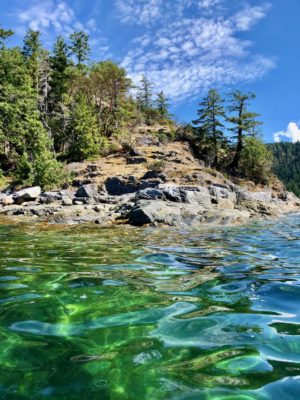 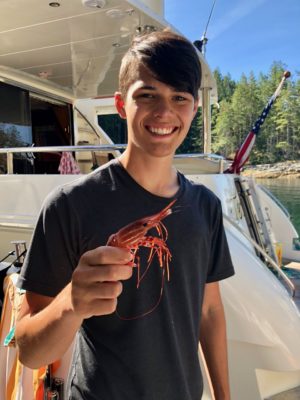 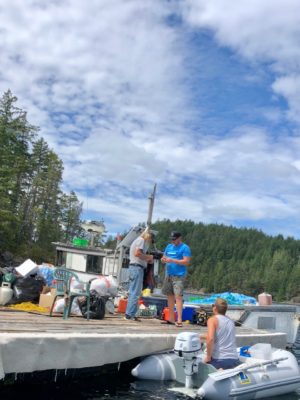 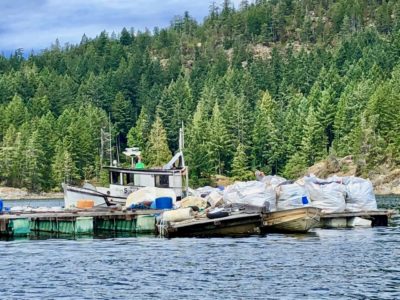 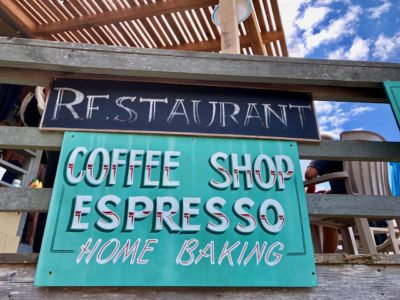 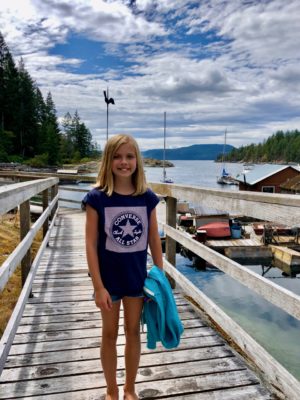 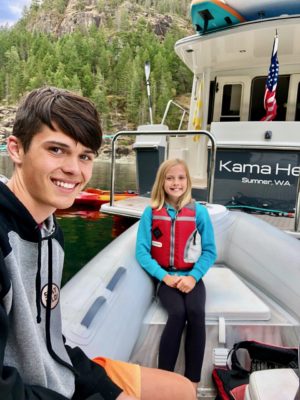 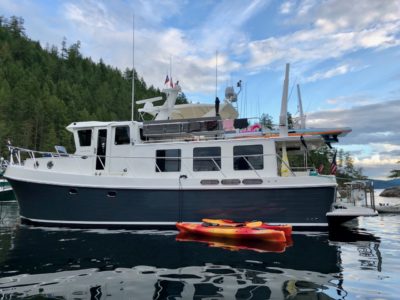 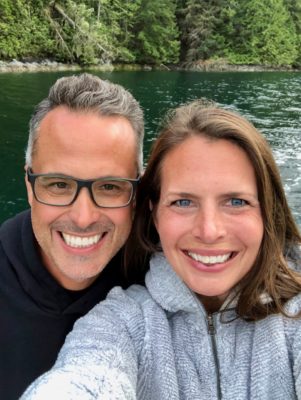 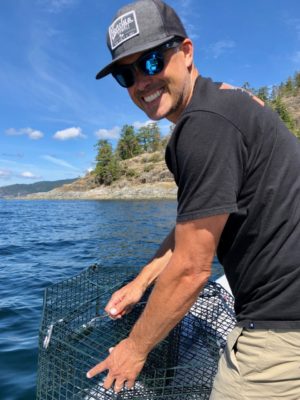 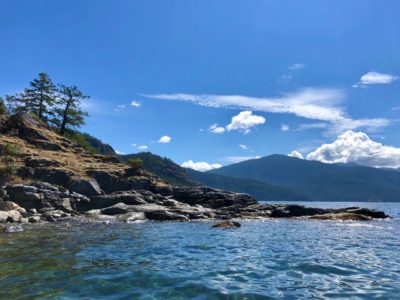 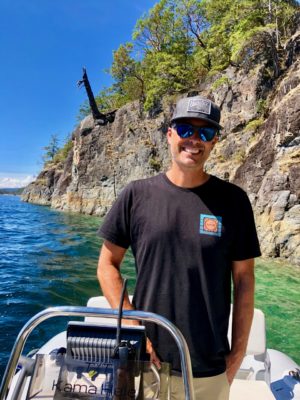 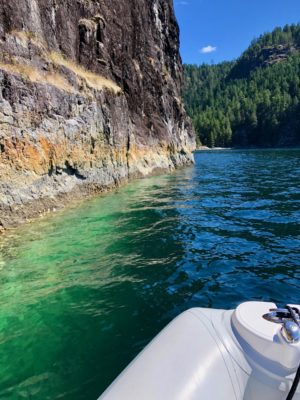 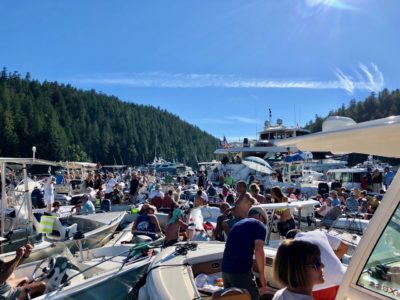 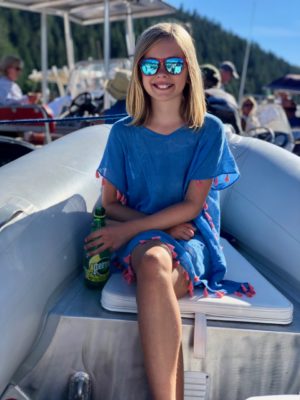 Ava enjoying the concert like some sort of teenager 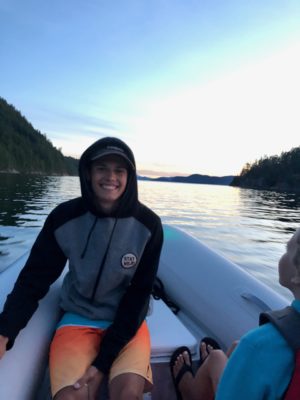 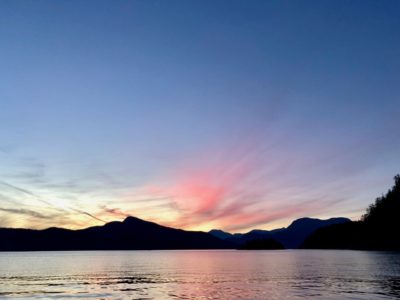 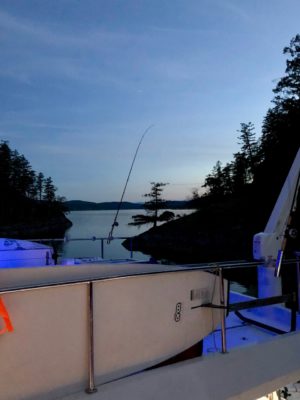 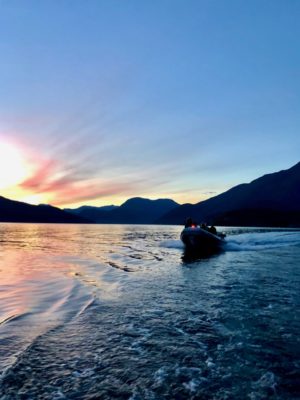