Tuesday August 7th – Skylar and his two friends ran ahead of us in the dinghy to do some fishing at the entrance of Pendrell Sound. We got the boat ready and pulled anchor for our cruise to Squirrel Cove. The boys had about 2 hours of fishing before we arrived to pick them up. Skylar caught a really big Yellow Eye Rockfish but that was it.

Skylar’s friends Jonny and Carson both live on Lake Tapps so they are no stranger to watersports. Wake surfing has become a popular sport on the lake but here in Desolation Sound ski boats are non-existent. Ever since we got our current boat Skylar has been talking about wake surfing behind it. Skylar noticed at about 12-13 knots the boat makes a pretty big wake perfect for wake surfing.

It was awesome! Watching these kids wake surf behind a 52’ boat in the middle of Desolation Sound was quite a sight!

Arriving in Squirrel Cove we found a nice spot and stern tied along a wall where stern tying is the nom. After settling in I looked over at a moderately close boat that was not stern tied. On the back of the boat stood a guy, arms crossed, staring right at me. He didn’t look happy with our position. We were too far away to talk (that should tell you something) so I got in the dinghy to go chat with him.

I asked if he was comfortable with our position. He said, “not really”. I was anchored, and shore tied, and he was just anchored without a shore tie, so he would swing around but I would stay in position. After some friendly get to know you talk that was really awkward, I asked him how much anchor chain he had out. He said, “I have no idea”. Really, no idea! How can you safely anchor without knowing that? I thought we were fine, so I told him that if at any point he wants me to move (its customary for the person who anchored last to move if things go south) I would. The boat stayed plenty far away as we swam in the water and the boys took turns on the rope swing.

Wednesday August 8th. 5am, I wake up and look outside to make sure all is well. It was too dark to really confirm but it looked like the boat that “has no idea how much anchor chain they have out” was gone. They must have left really early I thought and went back to sleep. Julie got up about an hour later and found the boat. She said it looked like the boat had moved and sided tied to another anchored boat a couple hundred yards away. Reality was that they drug anchor across the bay past our boat and almost hit another group of boats. Soon there was some rustling around the boats and the anchor dragger slowly motored out of the bay, hopefully with their tail between their legs.

The boys and I embarked on a 6-mile dinghy ride up to Tekern Arm to see the falls and swim in the lake. We had a great swim then back at the dinghy dock a lady said, “hey you guys are anchored in Squirrel, right?” She then explained she woke up this morning to a drifting boat that almost hit their boat. She had to bang on their boat to wake them up! I told her the story about how they had no idea how much anchor chain they had out, and we all laughed about our narrow miss.

We fished for a bit on the way back then pulled anchor and took off for Tenedos. 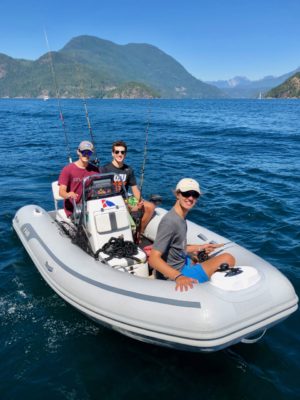 Leaving to do some fishing 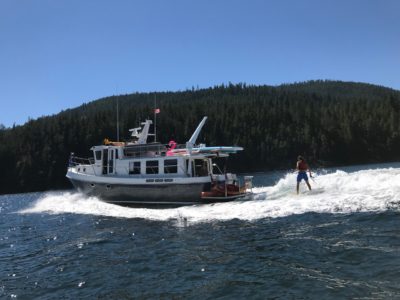 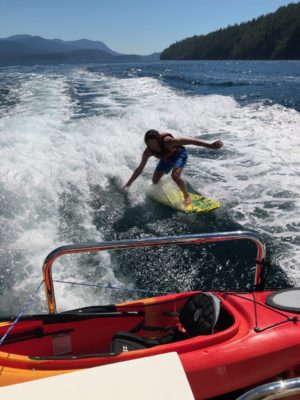 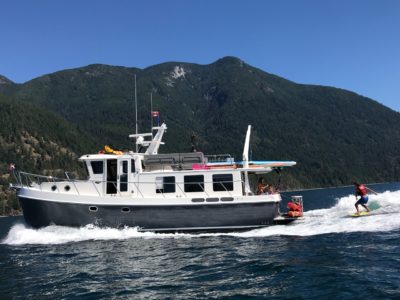 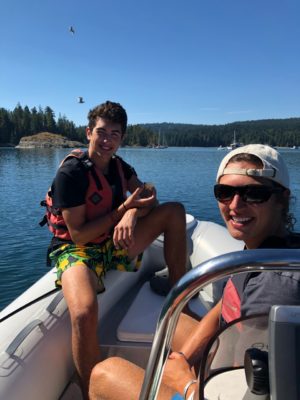 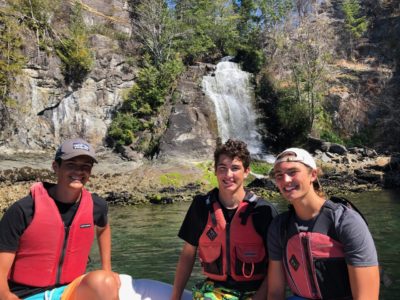 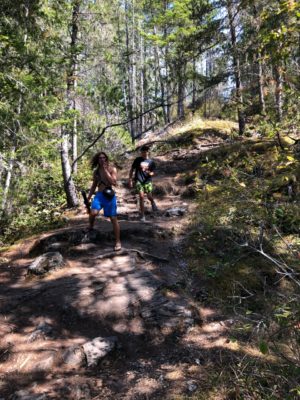 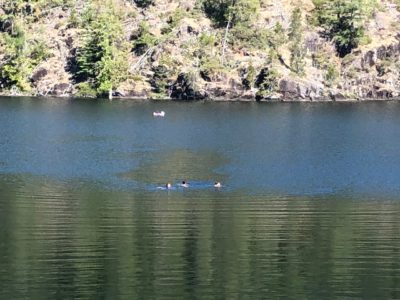 Kids swimming in the lake above the falls 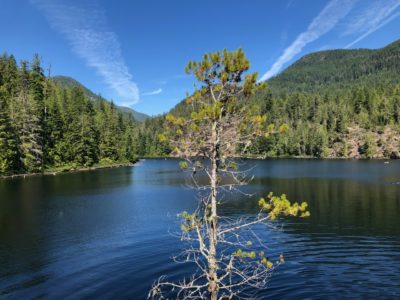 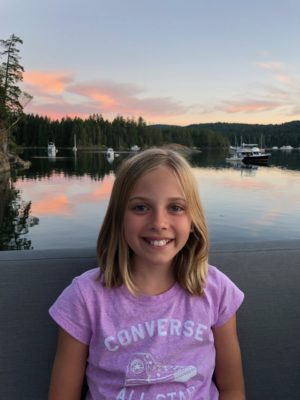 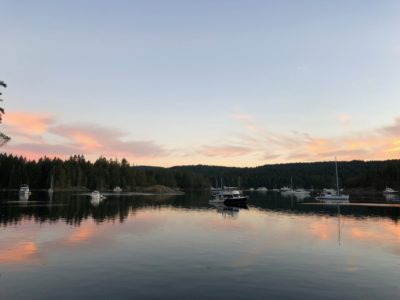 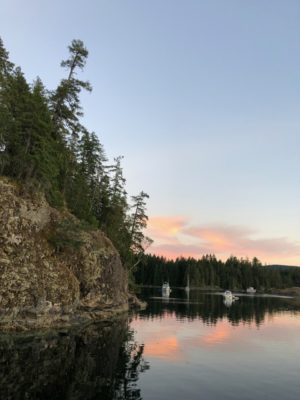 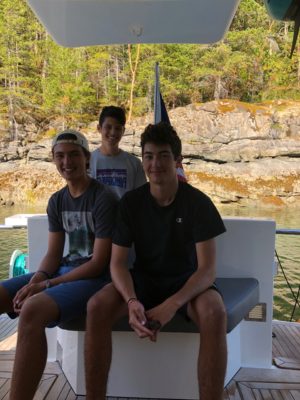 ← New Arrivals
I Can Walk on Water! →