Monday July 22nd 2019 – Today we are off headed north again to Blind Channel. Getting to Blind requires some planning. Yuculta and Dent rapids provide a gateway that must be transited at or near slack water. These rapids are nothing to mess with, they have and will sink boats in their massive whirlpools. But, if you make your way through close to slack water it can be a safe passage.

We pulled shrimp pots in Pendrell then left for a slack water arrival at Yuculta rapids. Smooth sailing all the way through and a beautiful cruise all the way to Blind Channel Marina. We always fish for Lingcod just across the channel from Blind.

But this day was a total skunk for our boat while the Steels landed a few nice fish. No big deal, I tried to convince myself, we still had a bunch of shrimp we caught in Pendrell that morning. We all had dinner on the boat together that night and the shrimp were delicious.

Tuesday July 23rd – Today we are headed back south to Dent Island Lodge. Getting to the lodge requires us to go back south through Dent Rapids. But first we had to settle the score with the local Lingcod. Back out on the water we were able to bring a couple in the boat this time, so I was satisfied.

Arriving at Dent Lodge the weather was actually pretty nice for once but a little cold. Every year when we go to Dent its miserable weather. Fog, rain, cold, all of it seems to settle in at Dent, but not this time, well except the cold. We all had drinks and appetizers on our boat then headed to the lodge for dinner. With their nice and warm heaters on the patio we all had a great dinner while the sun set. After dinner the boys went to the hot tub after being instructed not to get in the way of any romantic situations.

Wednesday July 24th – We left Dent and made our way to Walsh Cove to try some salmon fishing. Getting out of Dent Lodge must be timed with slack water so we could head south through Yuculta rapids. Today’s slack was not in our favor. 11am slack would have us leaving Dent at 10:30. No time for hanging out, we raced south following Todd while Bruce and Gloria had a different destination in mind. Upon arrival I tried a couple times to set anchor in what looked like a perfect spot, but the anchor just kept skipping over the rocks. But, while screwing with the fouled anchor spot, a boat left, giving us another perfect spot, and this time the anchor held. TnT (Todd and Tami) came in and tied along us while the boys got ready for some swimming.

A whole flock of small sailboats came in and tried to anchor in my doomed spot. They failed as well then moved to a new spot. We all tried salmon fishing but all we caught were Dogs, no big deal . At some point Skylar got bored with the lack of salmon and brought home a nice Ling.

One of the boats had a medical emergency and was going around asking if there was a doctor anywhere in the bay. Apparently, someone sliced their hand open pretty bad on an oyster shell and need help. They eventually left the bay to seek help elsewhere, but it got us thinking how remote it is out here. Medical help is not close or quick. 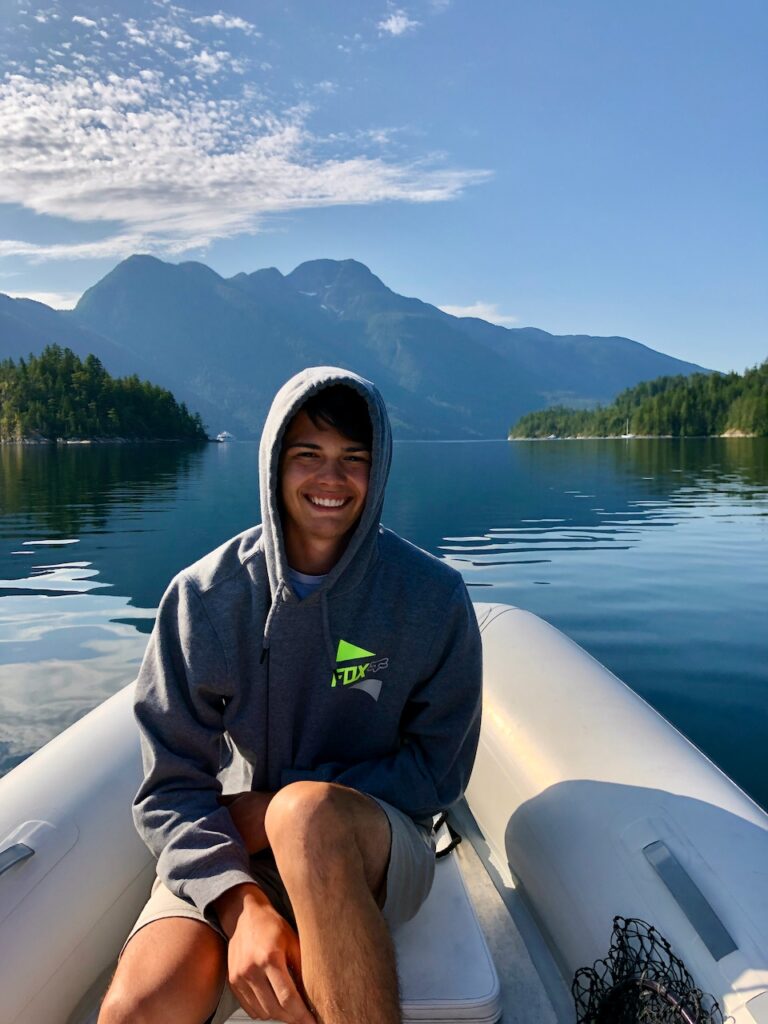 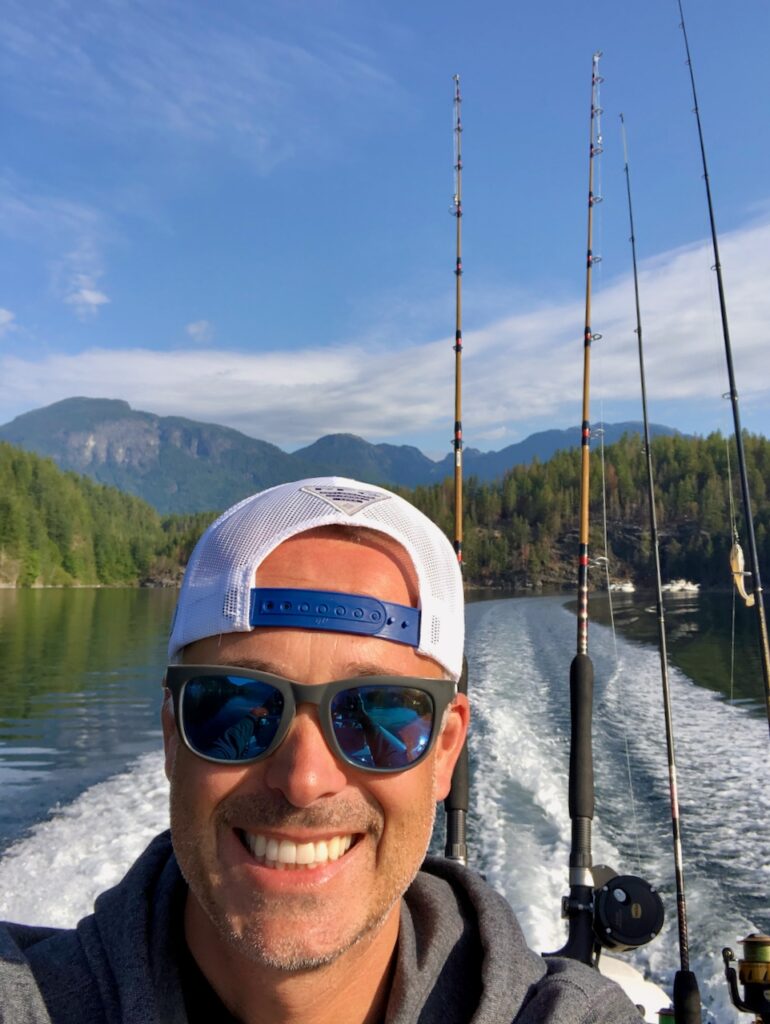 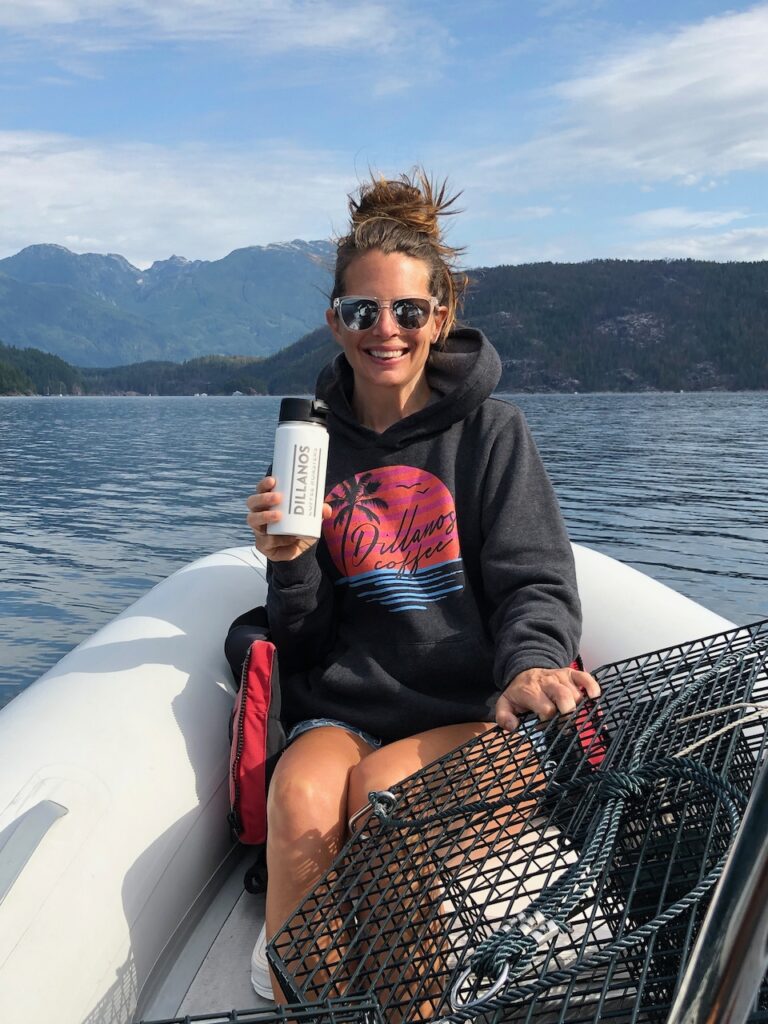 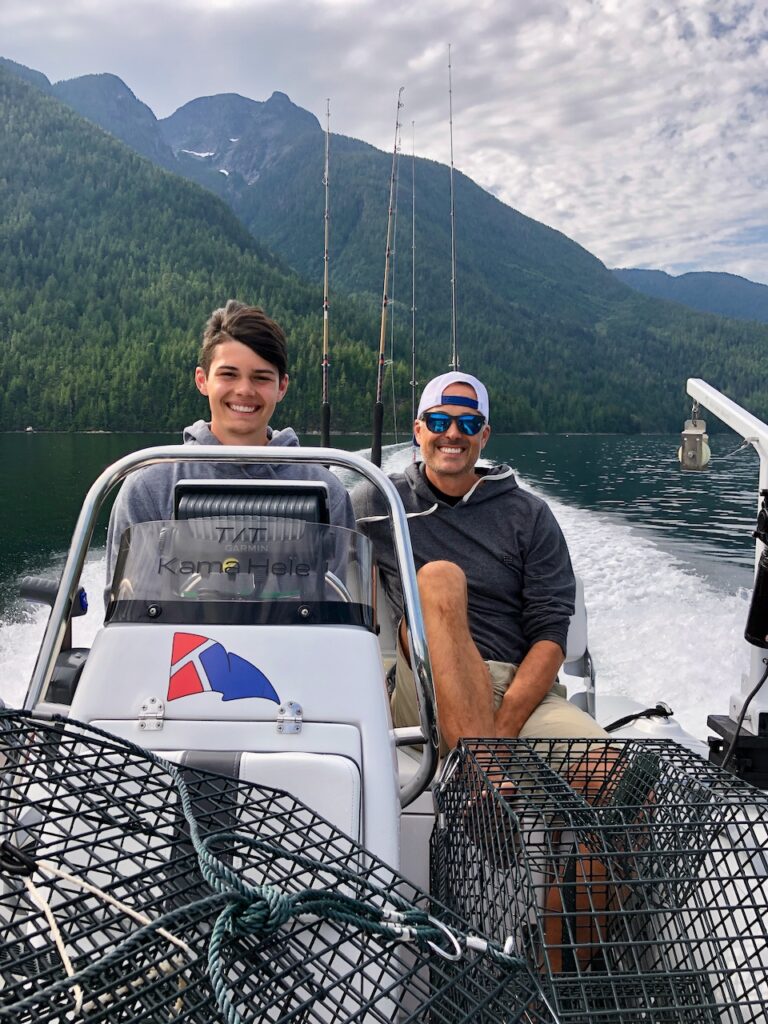 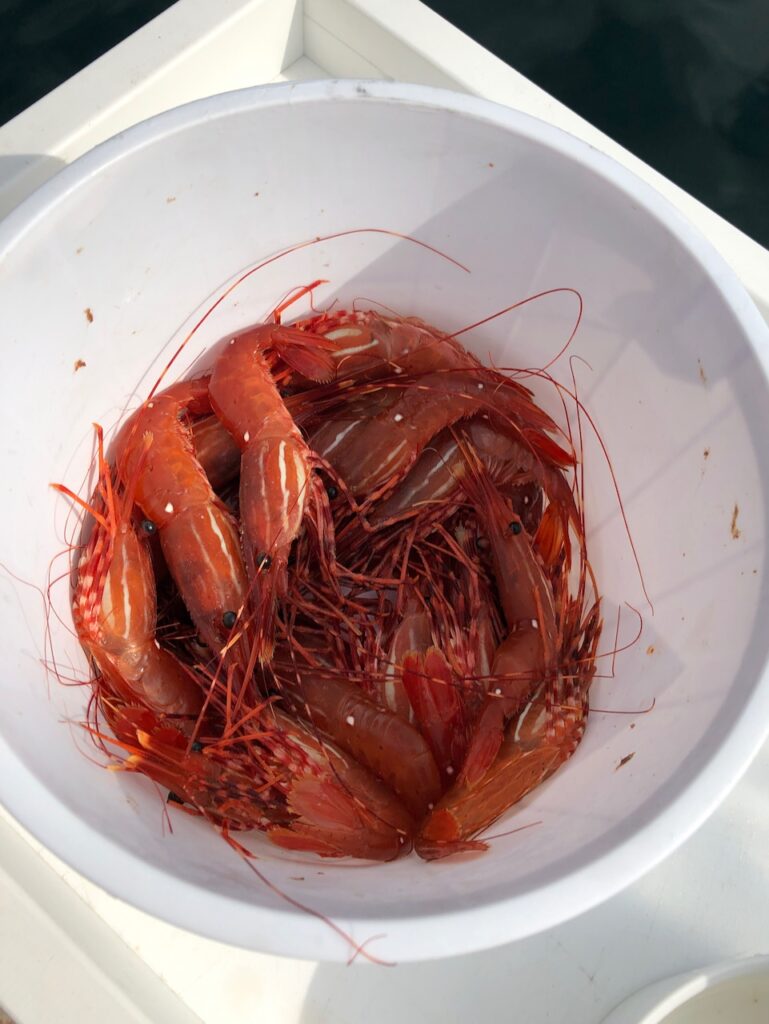 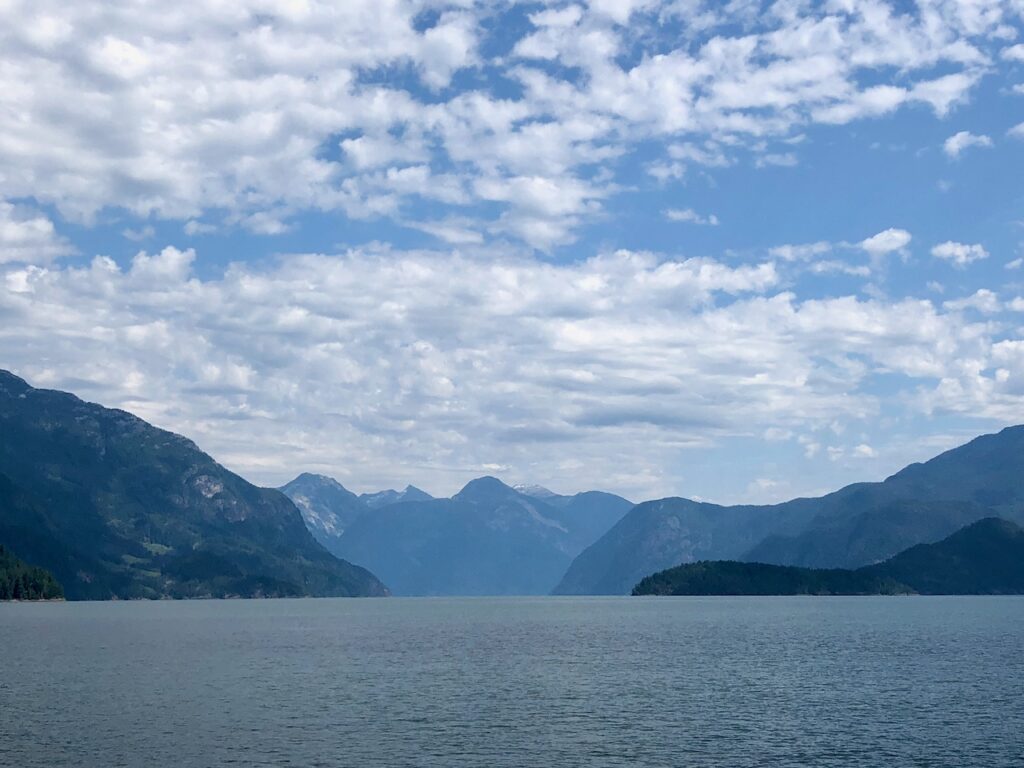 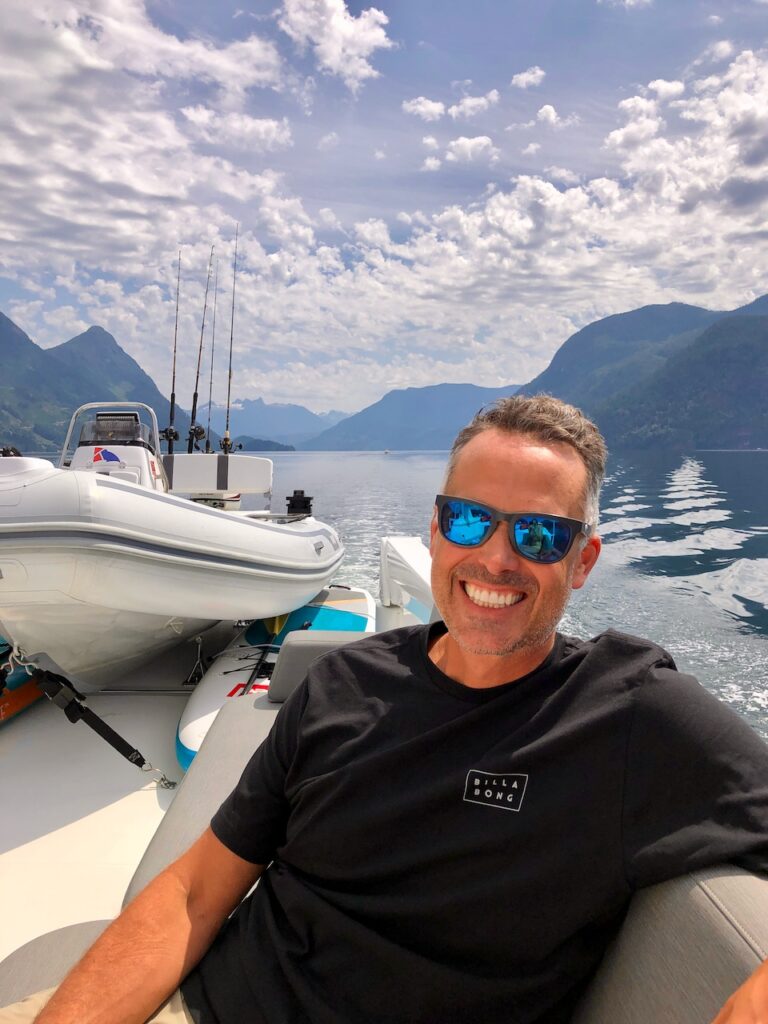 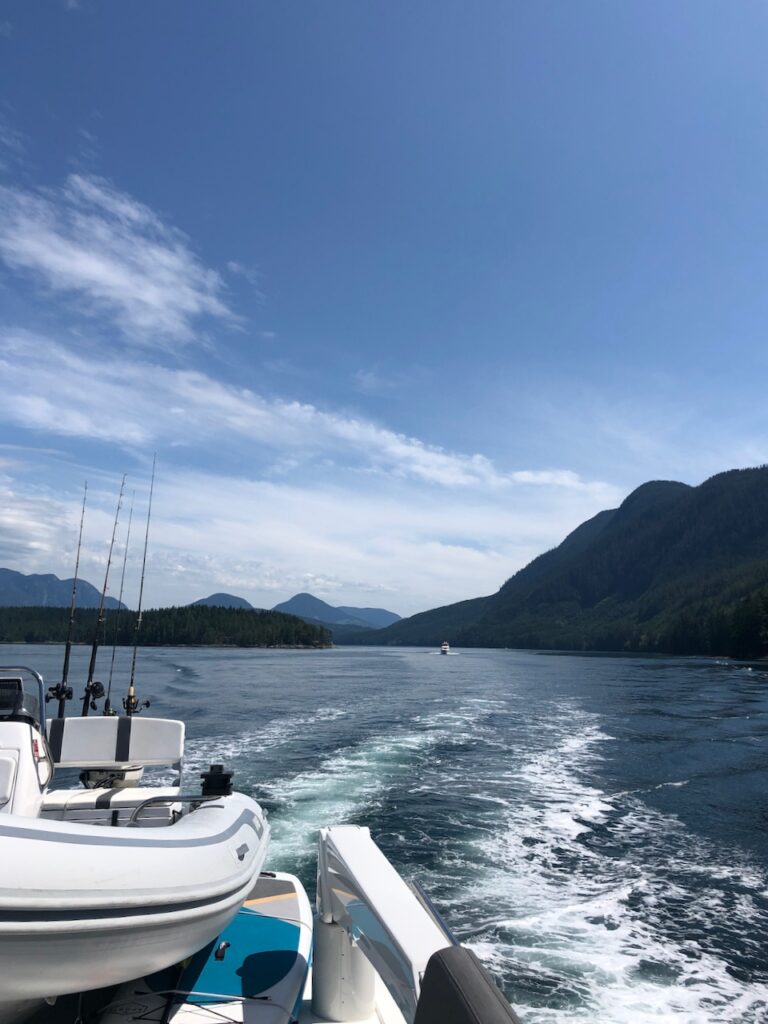 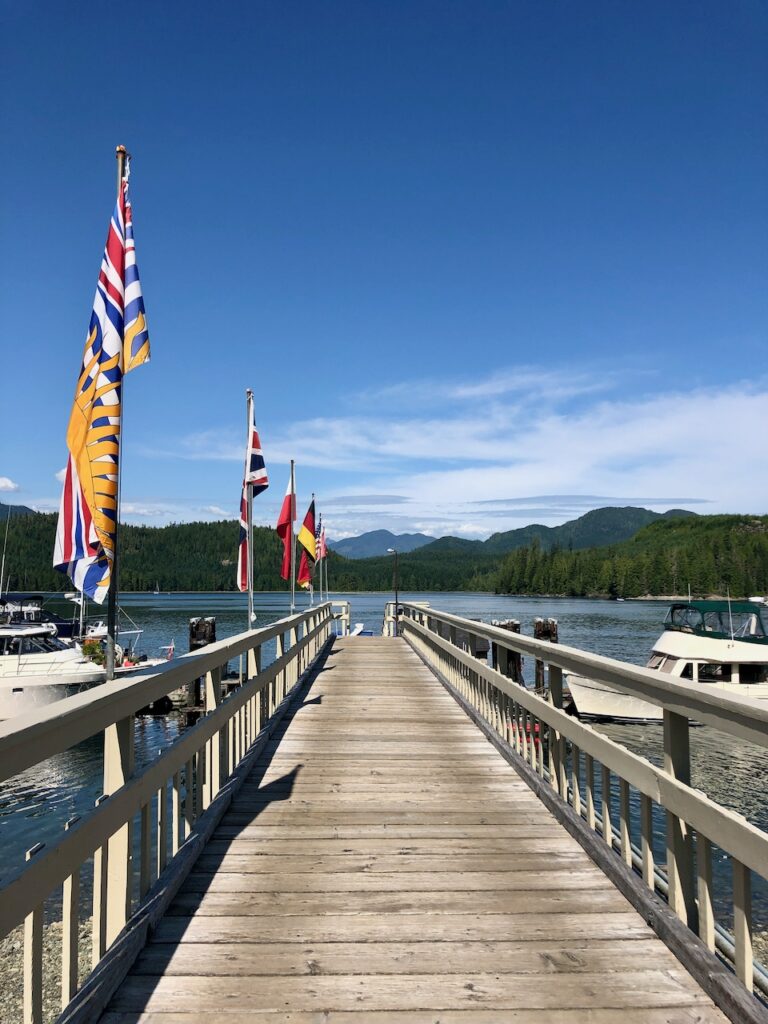 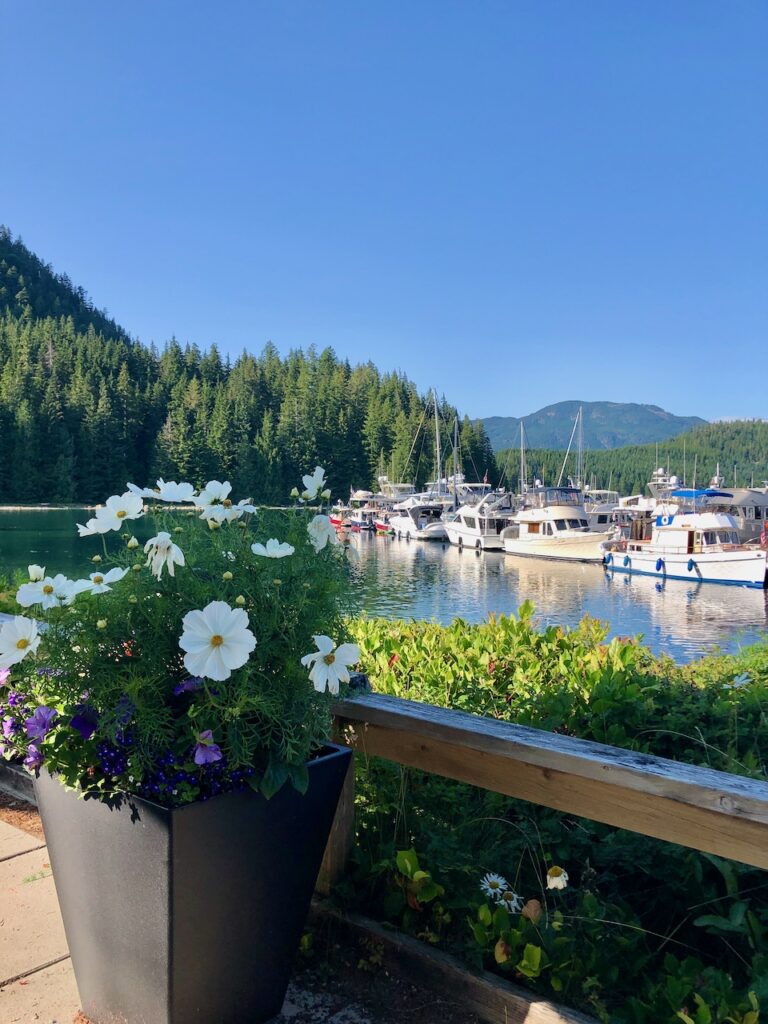 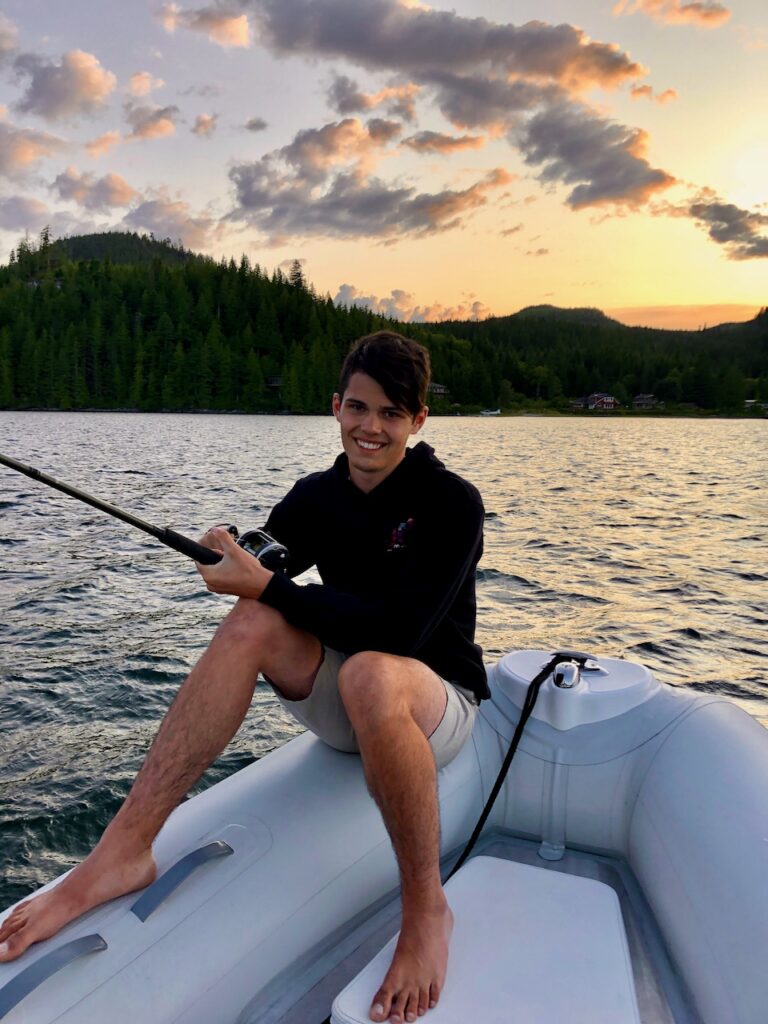 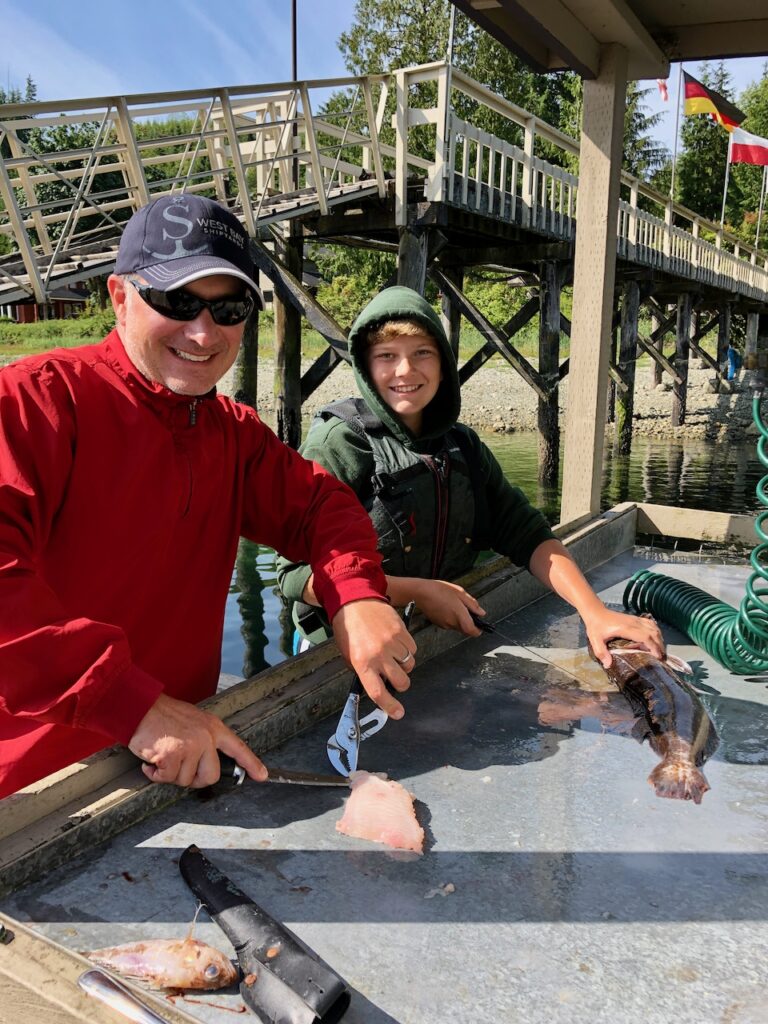 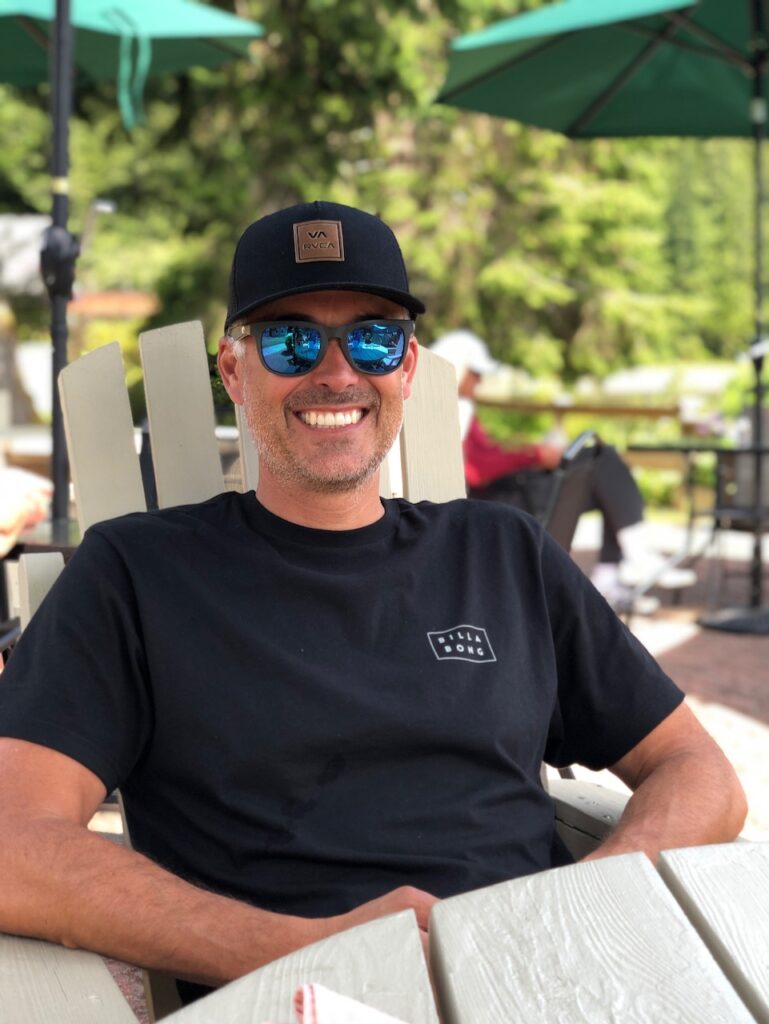 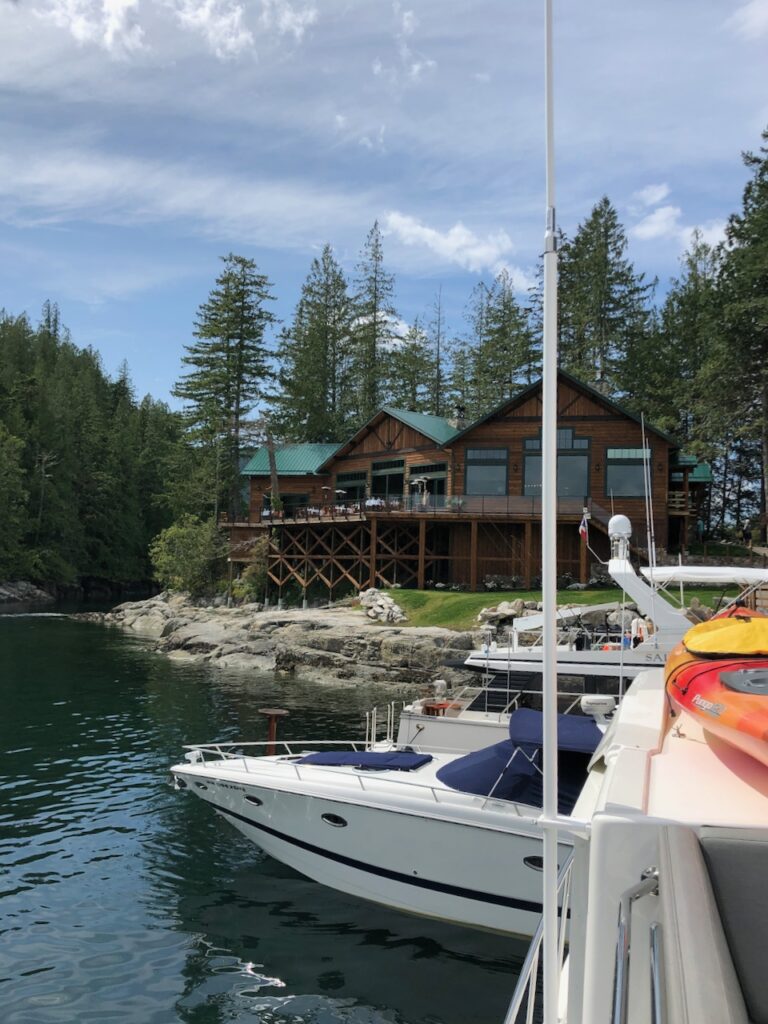 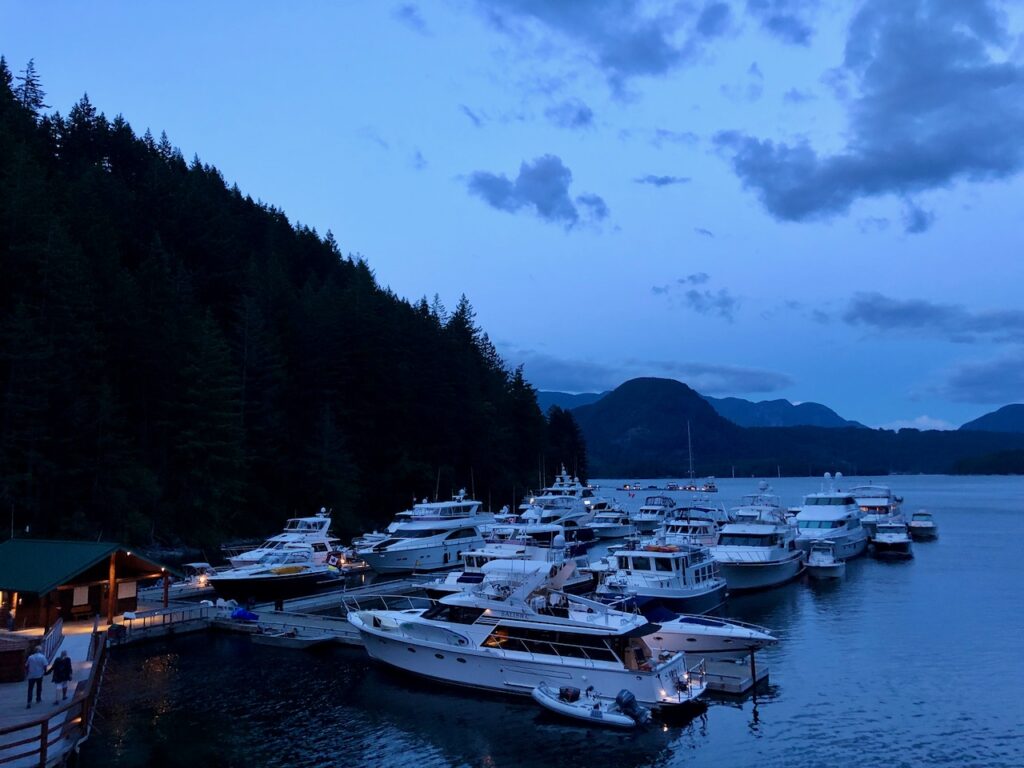 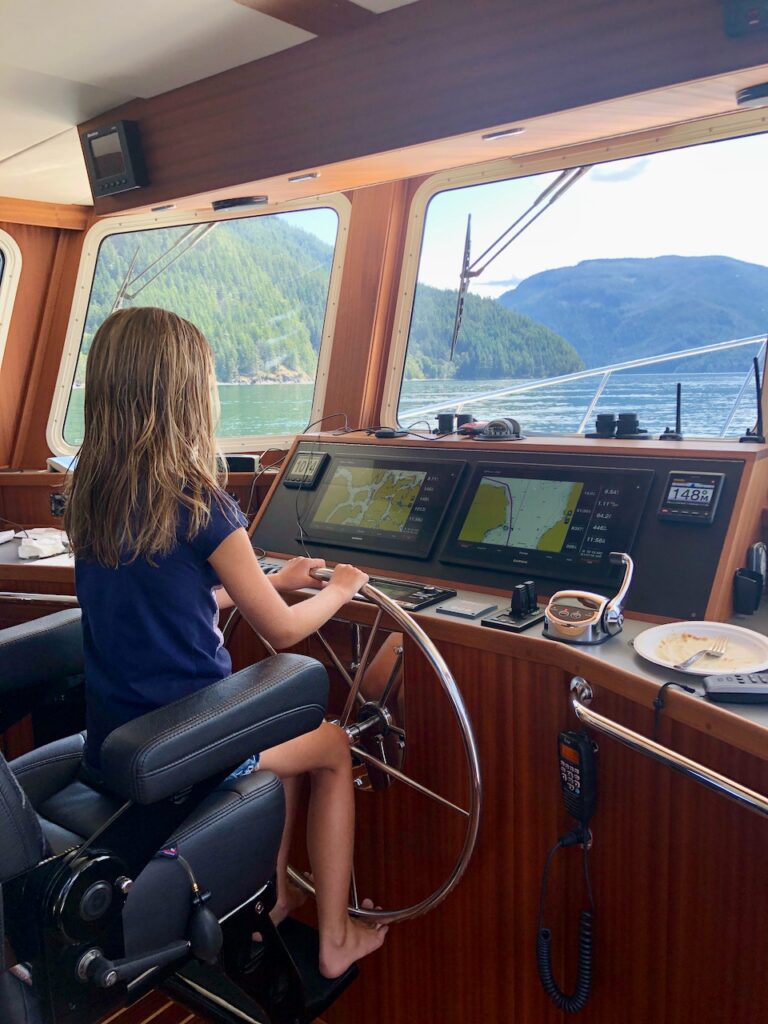 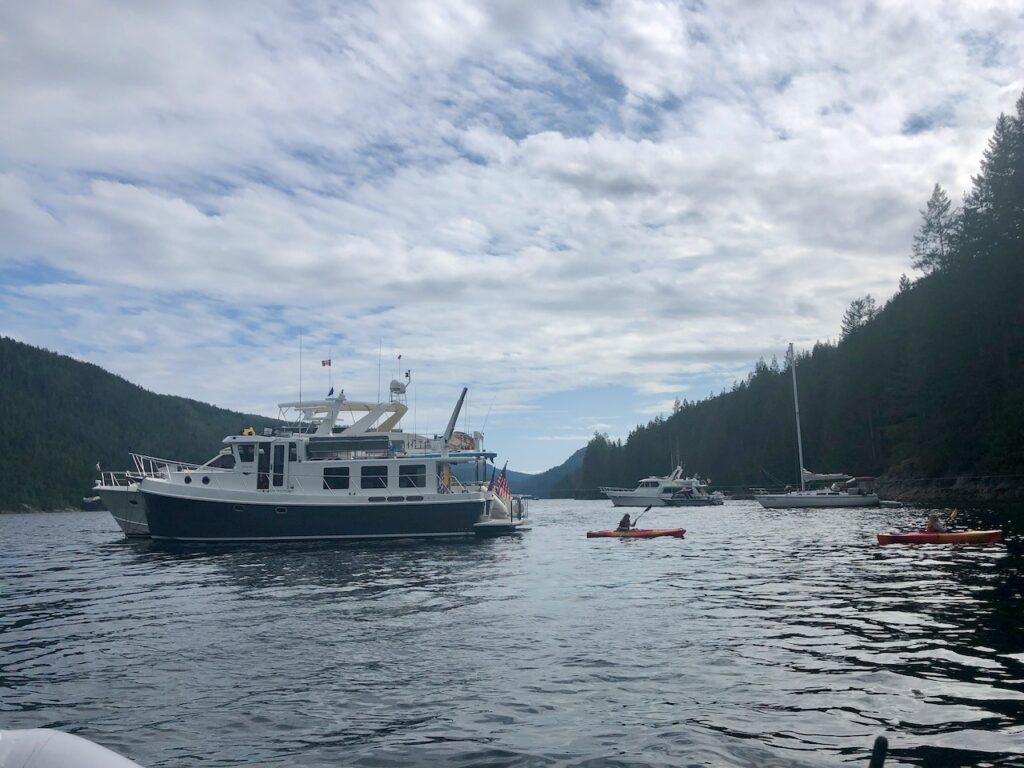 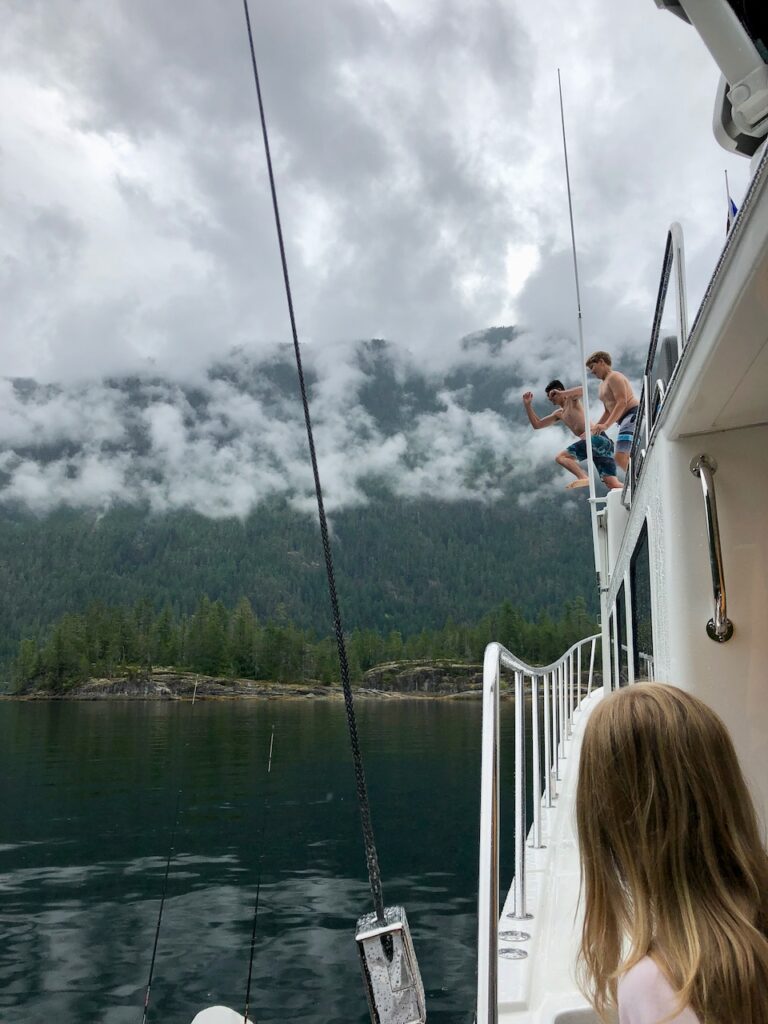 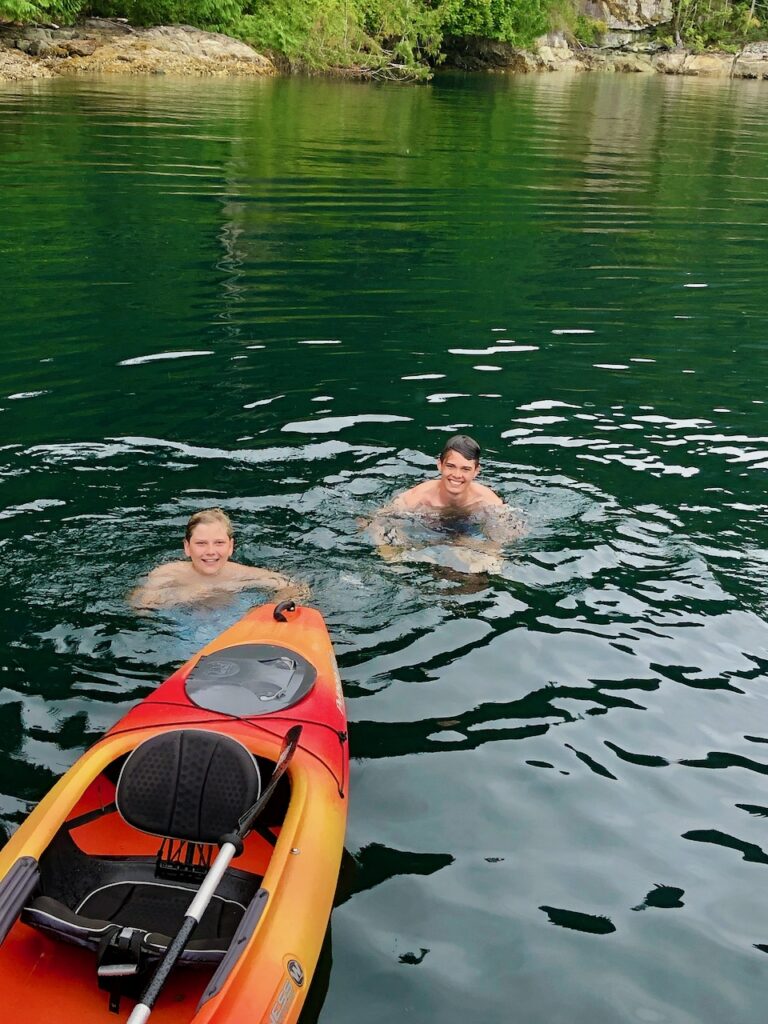