Friday July 12th 2019 – Finally leaving the city! And surprisingly no one else caught Ava’s sickness. We were all excited to get out into the wilderness. Even though the forecast was still for some rain and colder than normal temperatures, the wind was going to be calm for the next few days.

Buccaneer Bay sits between North and South Thormanby. It’s been on our list of places to go for the last few years. It’s an anchorage only to be trusted in settled weather because of its exposure to Malaspina Strait and wind whipping across an Isthmus from the Strait of Georgia could get nasty. Its exposed, but also has two awesome beaches, one on each side of the isthmus. We anchored in 80’ of water with views of the Strait of Georgia across the isthmus and Malaspina Strait to our north.

It was the perfect place after being in the city. The first evening we all went fishing for some Ling Cod and Skylar brought one nice fish onboard that was perfect for dinner!

The next day while relaxing on the beach we got a phone call with some bad news. Julie’s mom Lona had passed away. 1 ½ years ago she had a pretty bad stroke that had left her unable to walk and her mind was in and out of reality. She improved some after the stroke but not much in the last year. Even though she was not in good health, she was stable. So, while the news was not a total shock, it was very much unexpected. She lived in Montana with her husband Ken (who is not Julie’s dad). Ken has taken great care of her over the last 1 ½ years and we are so thankful for that! Thank you Ken, she couldn’t have had a better care taker.

Because we had cell service and the wind forecast was good, we ended up staying put for the next few nights while we could still talk to family. It’s been a very odd and stressful trip. Really rainy and weird weather, Ava got the flu, and now the news of Julie’s mom passing away. Lona was cremated, Ken was doing well, and Lona did not want a service. After a few days we decided to continue on with our trip but our plans of going far north to the Broughtons would need to wait until next year. The weather was still pretty bad up there and no cell service in the area forced a change of plans.

We decided to visit Princess Louisa Inlet and Chatterbox Falls. Tomorrow we head that direction. RIP Lona, may God bless you. 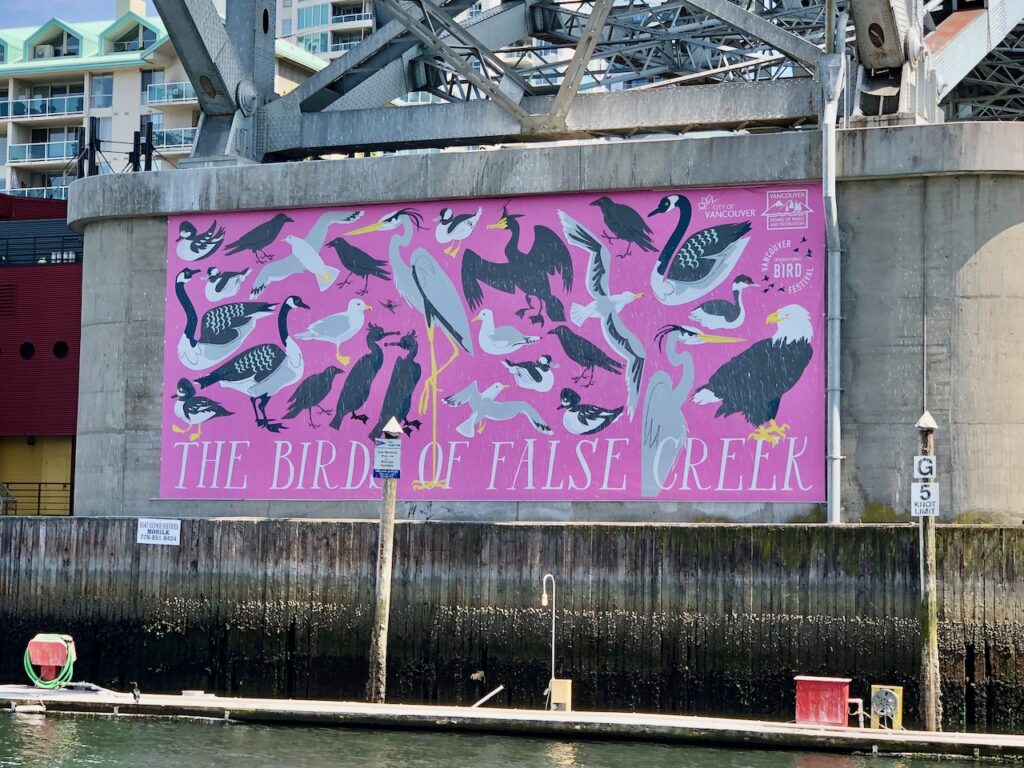 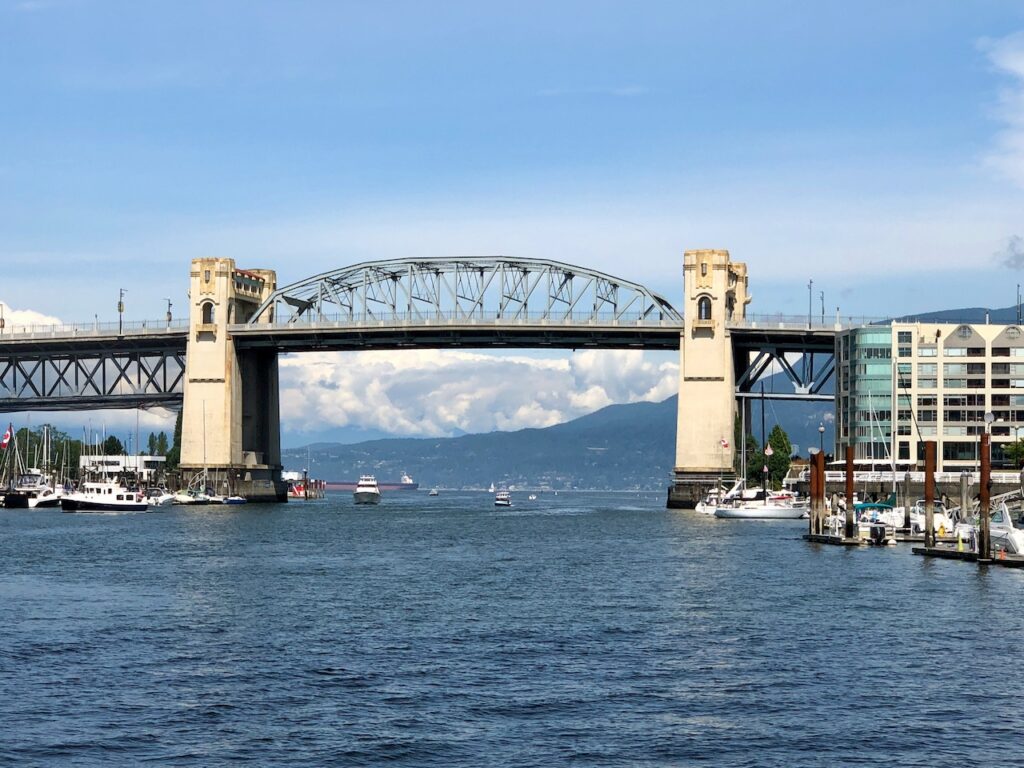 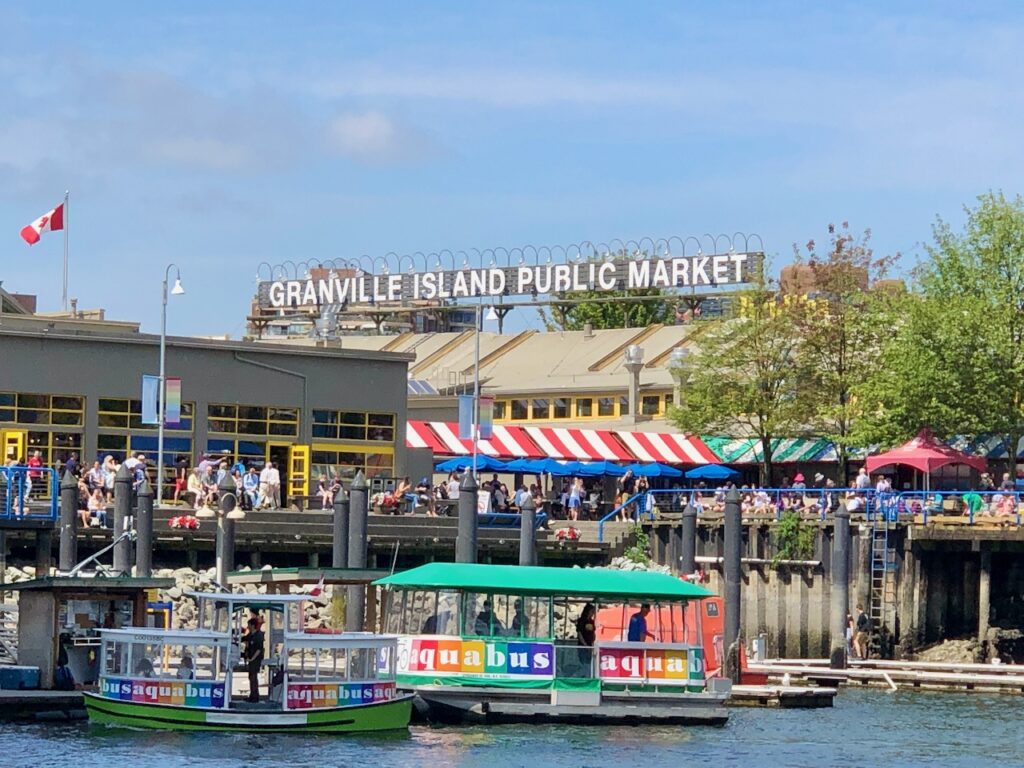 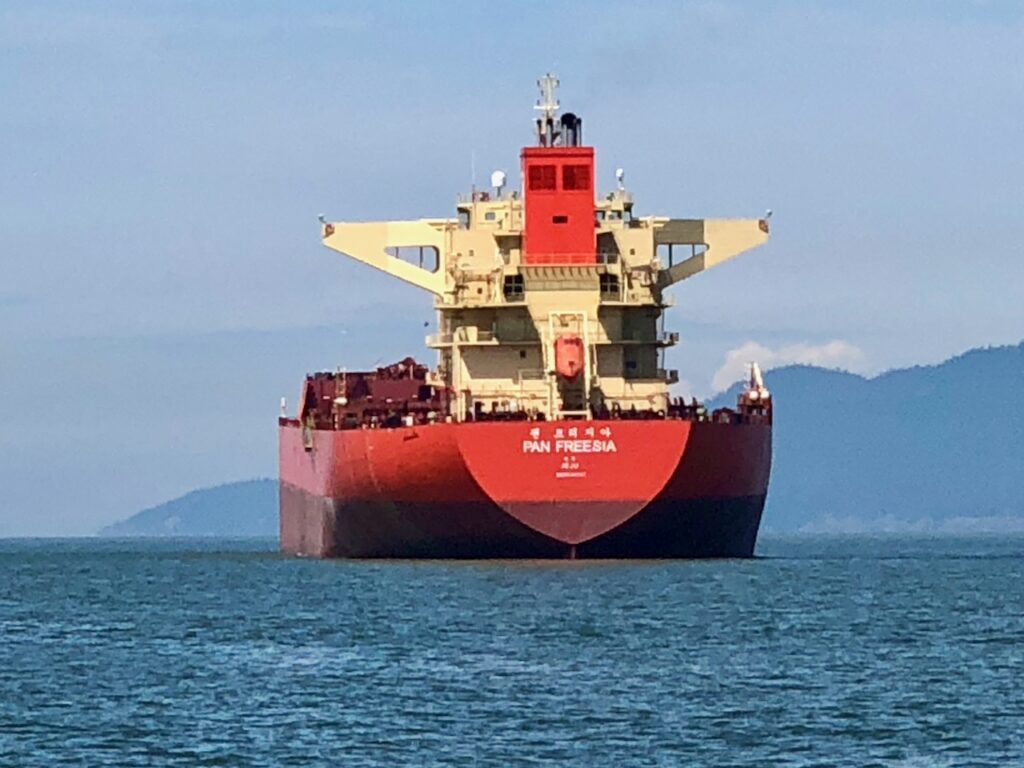 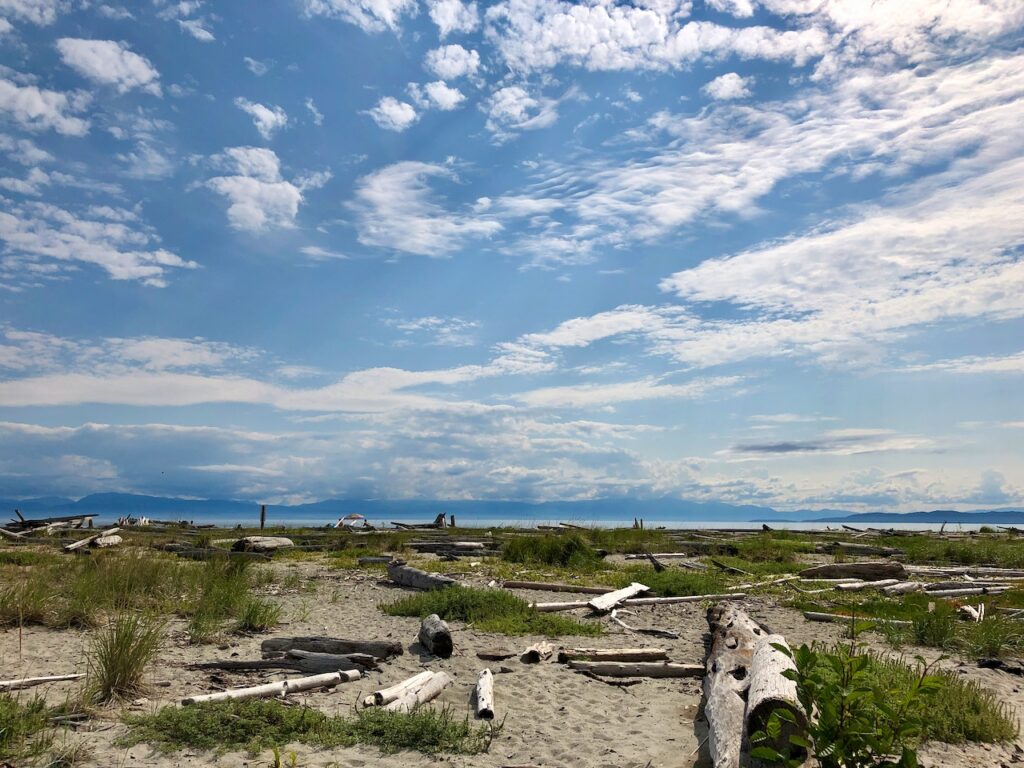 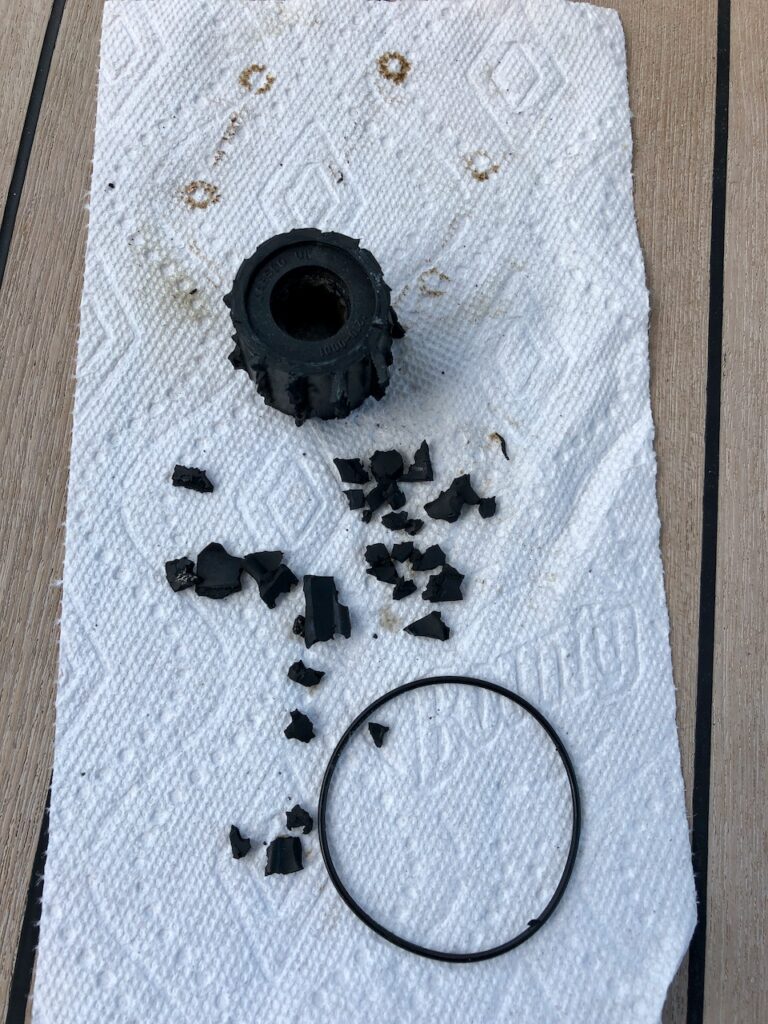 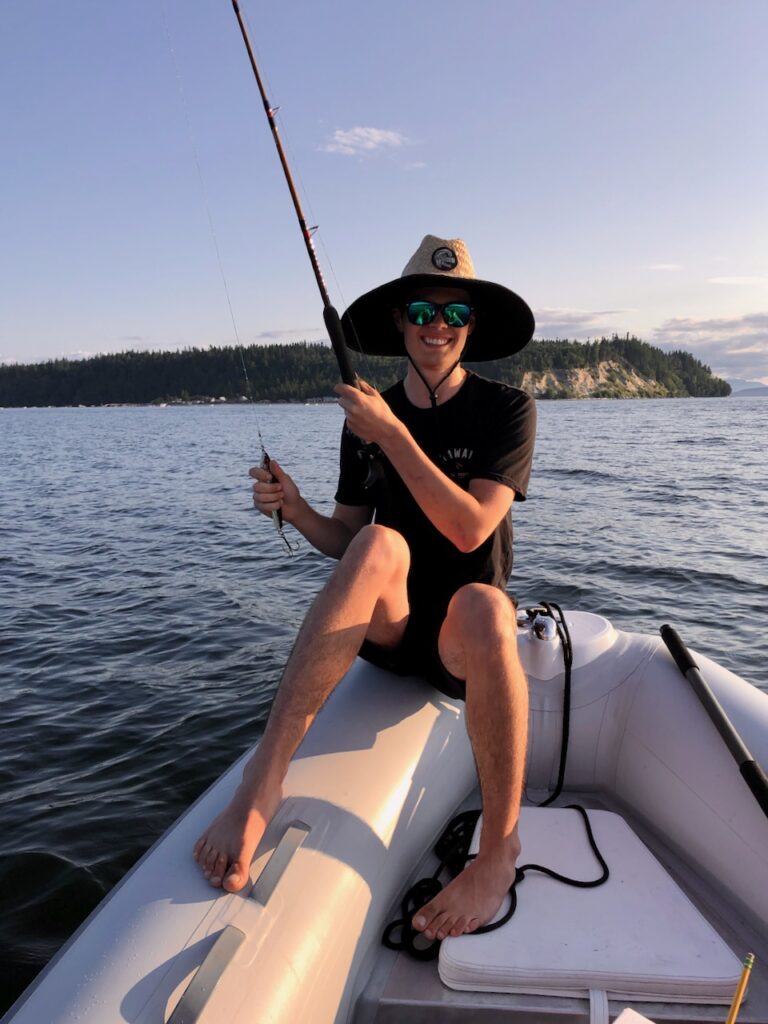 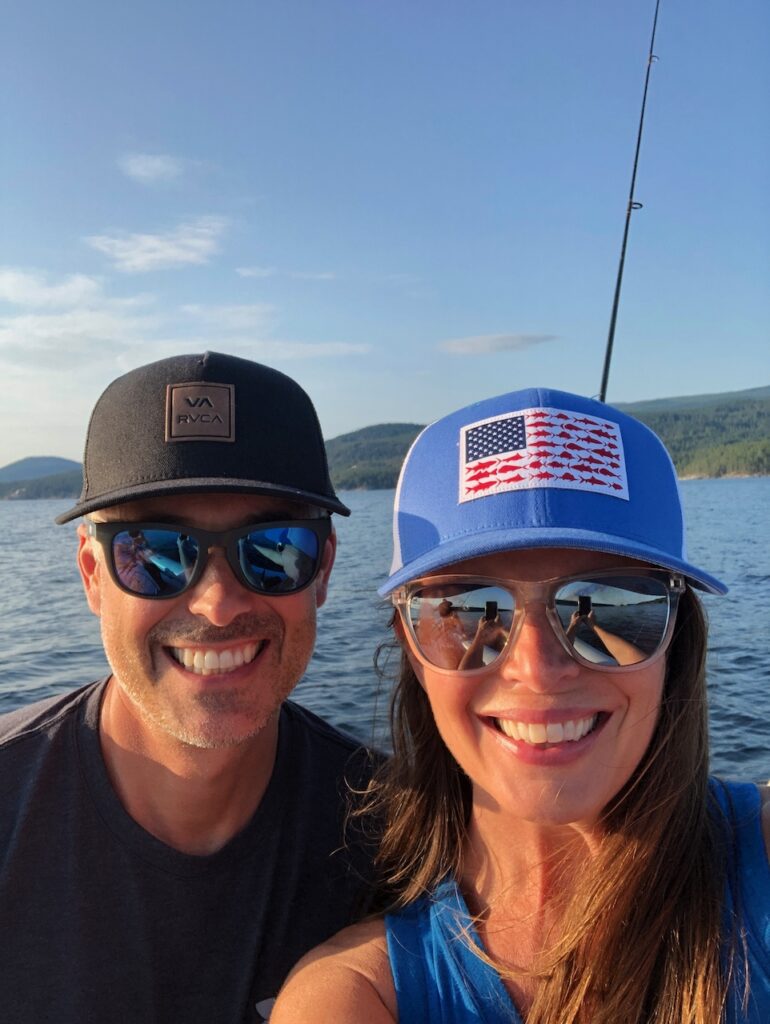 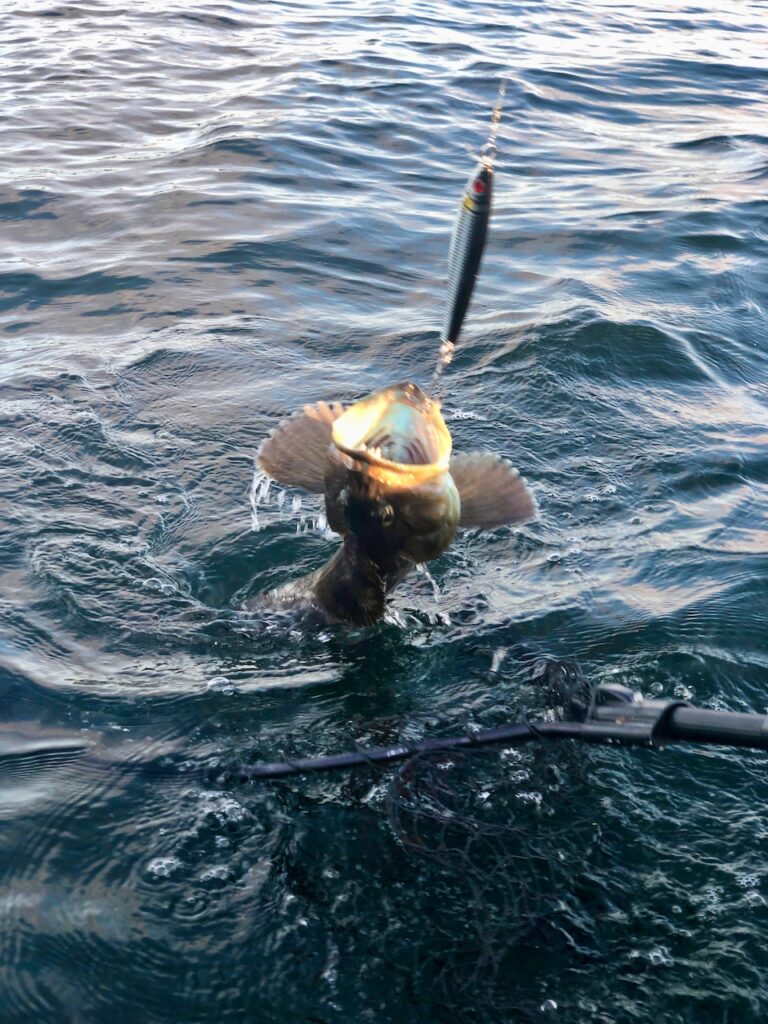 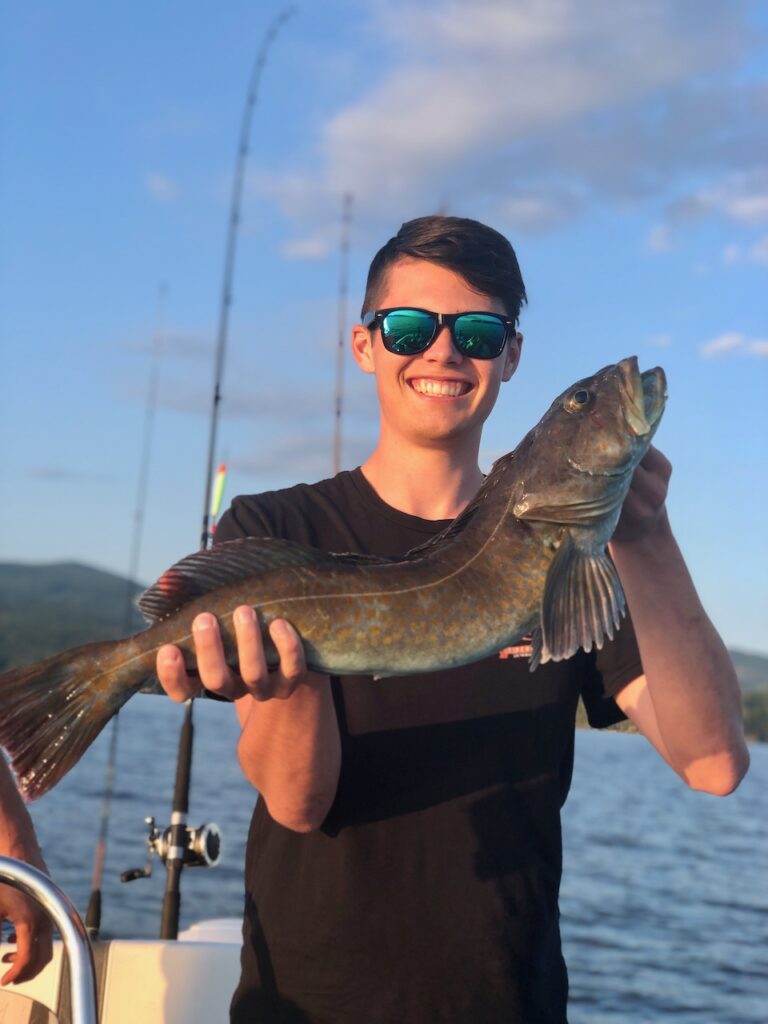 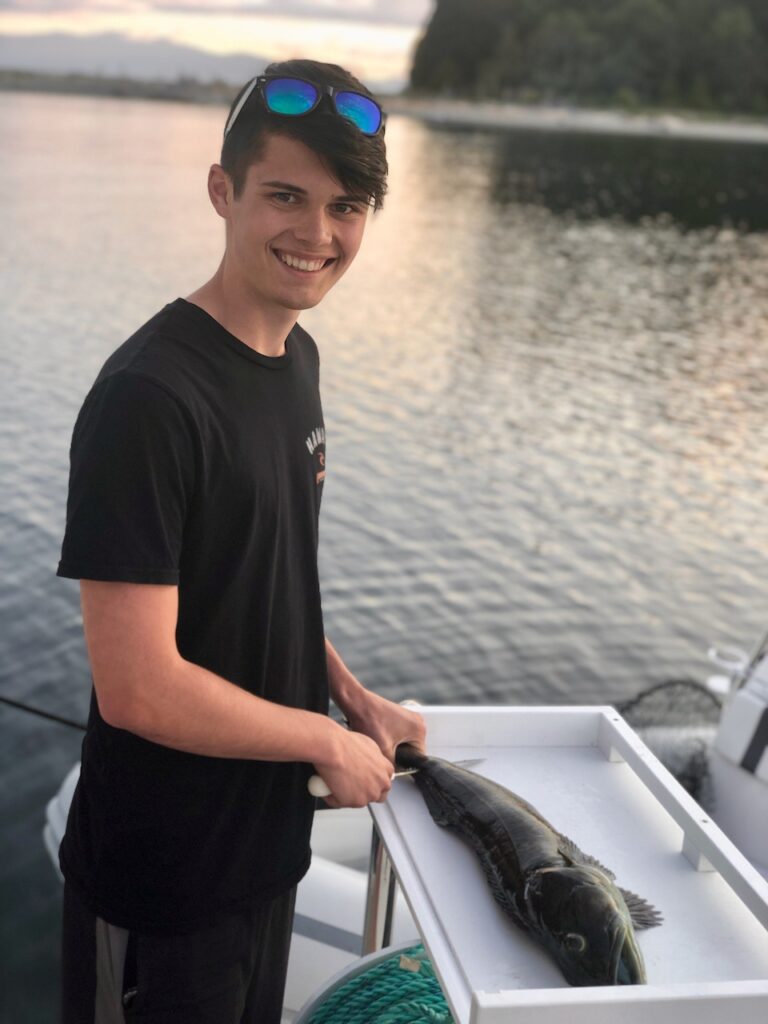 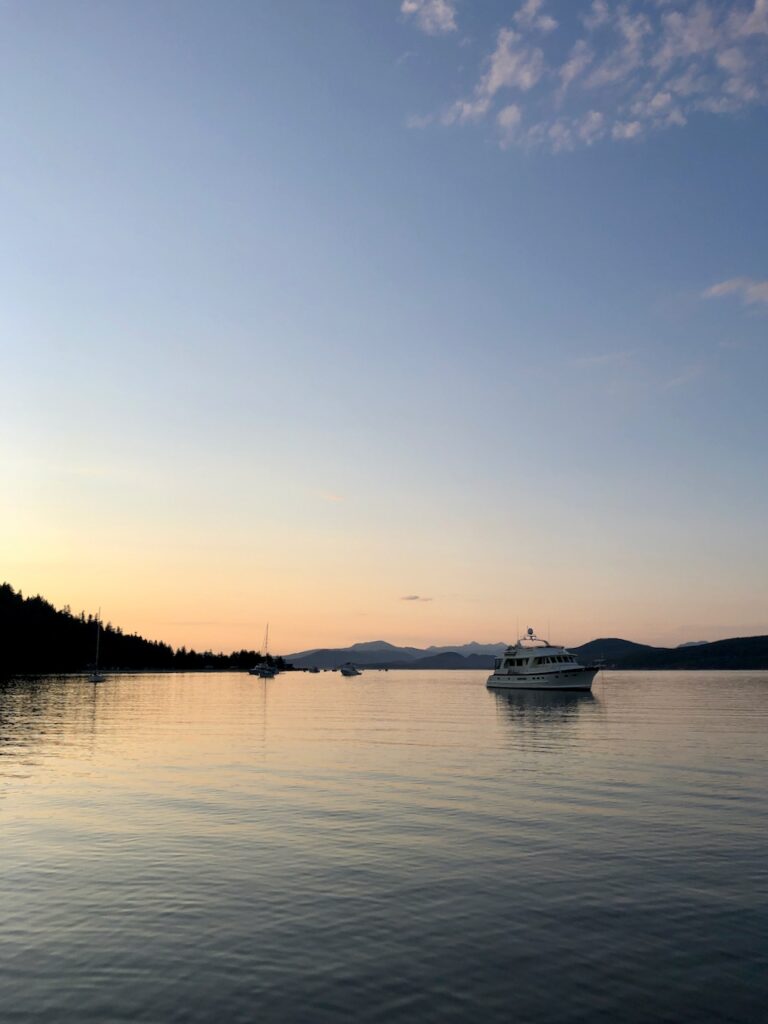 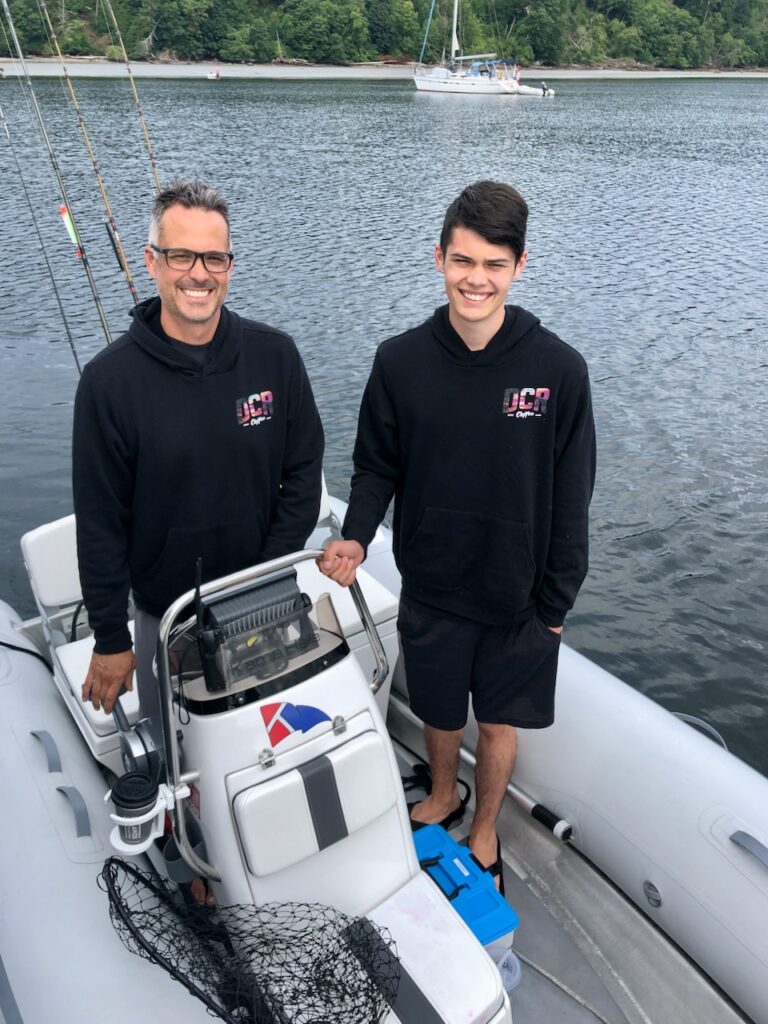 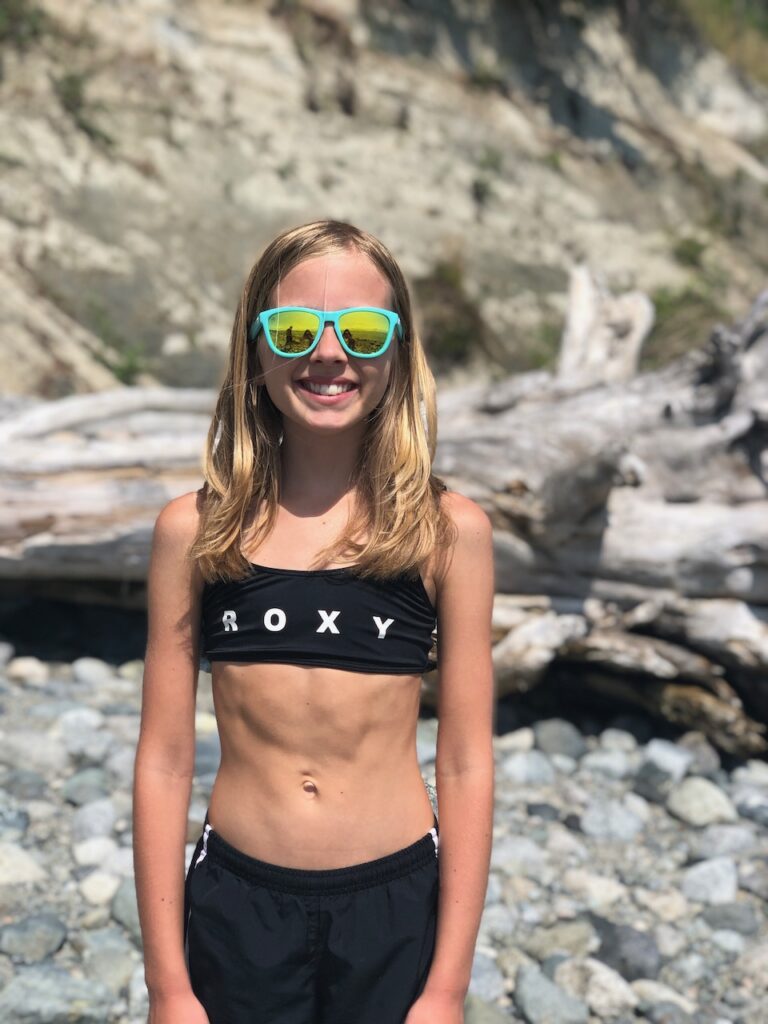 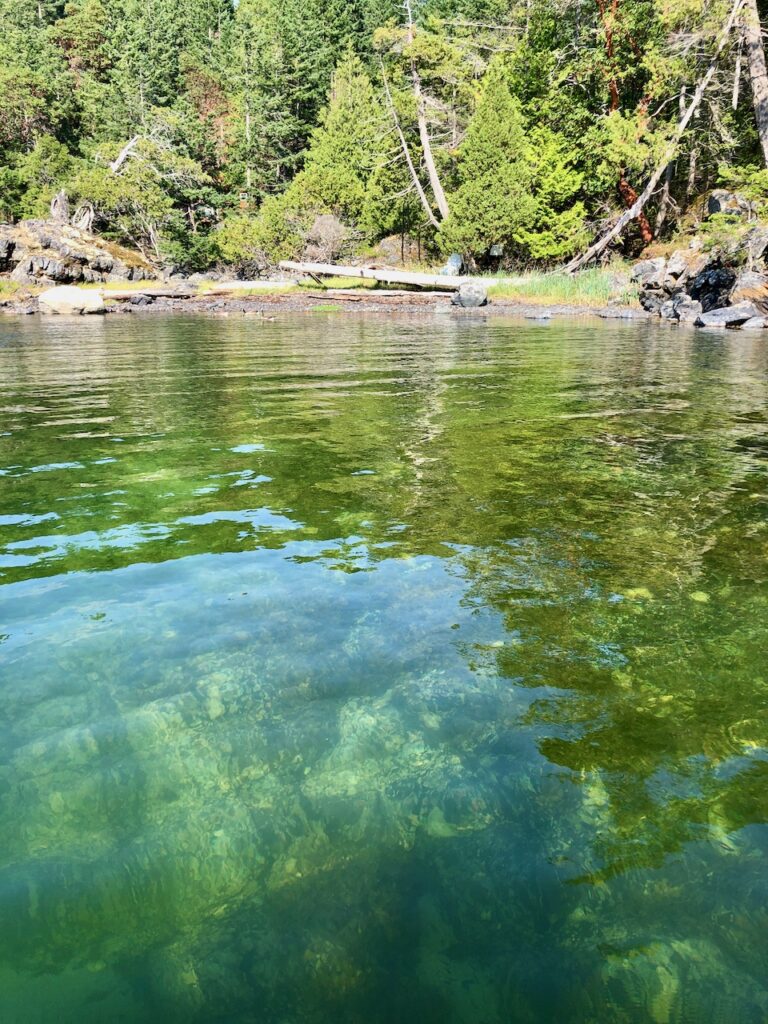 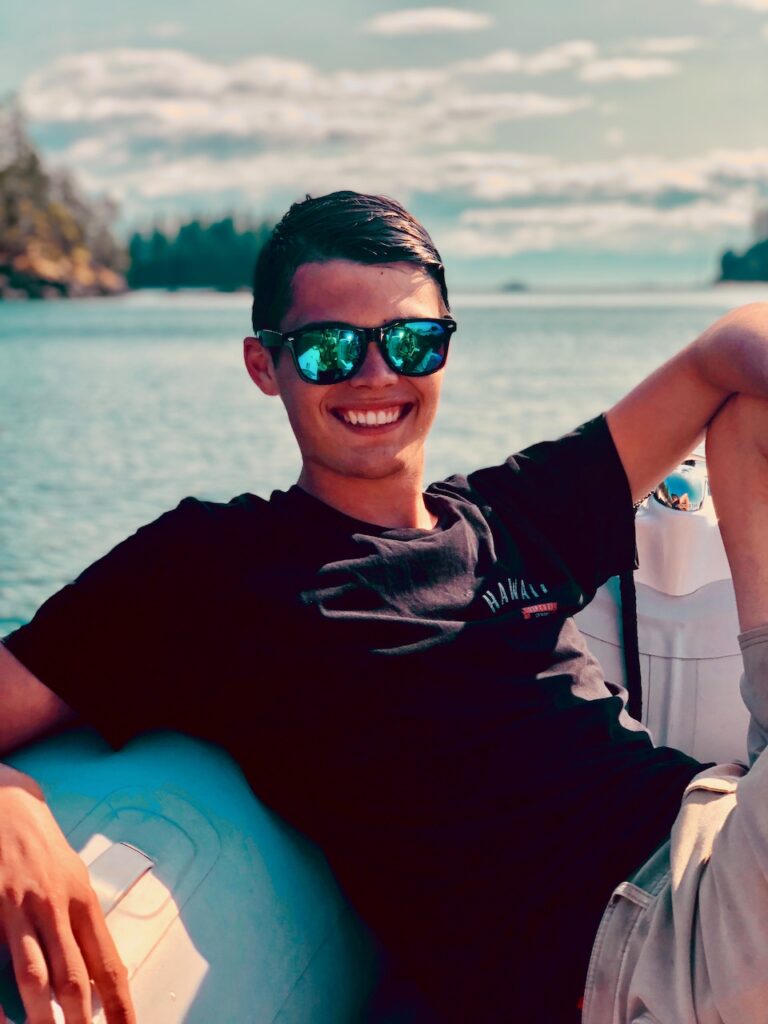 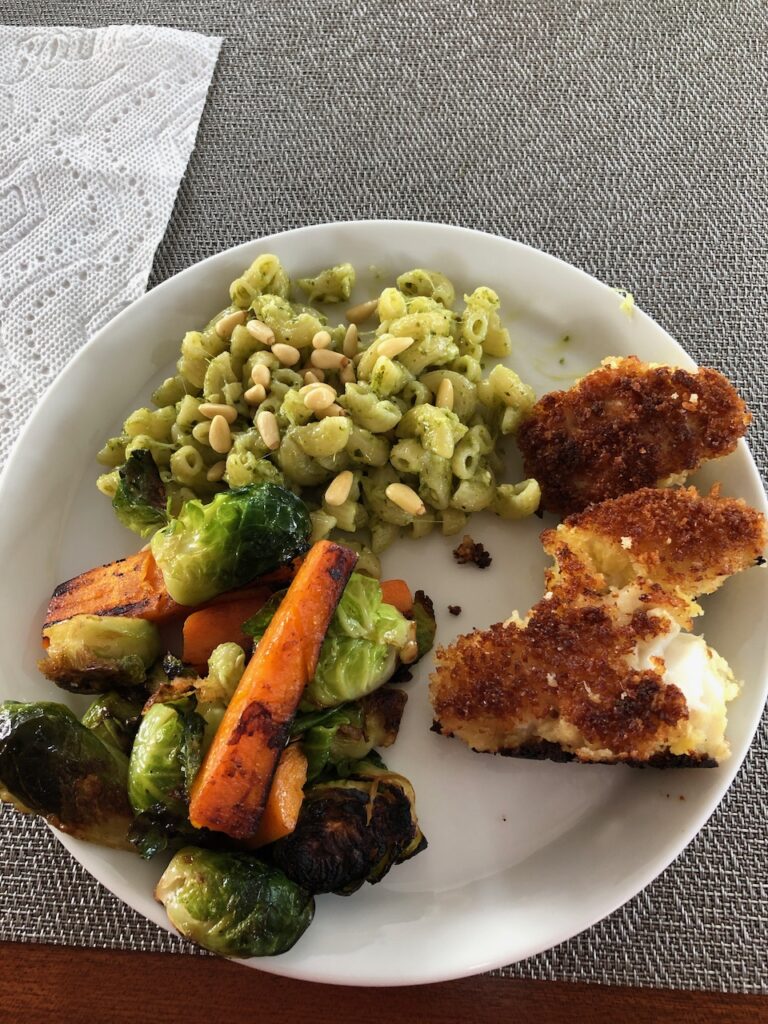 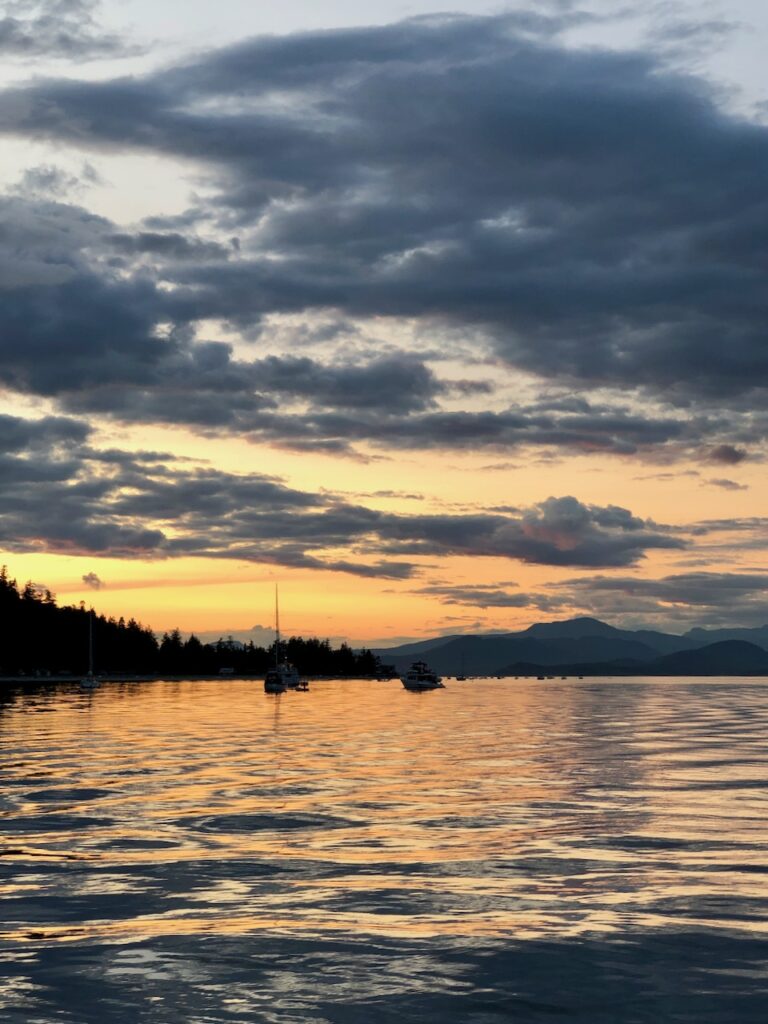 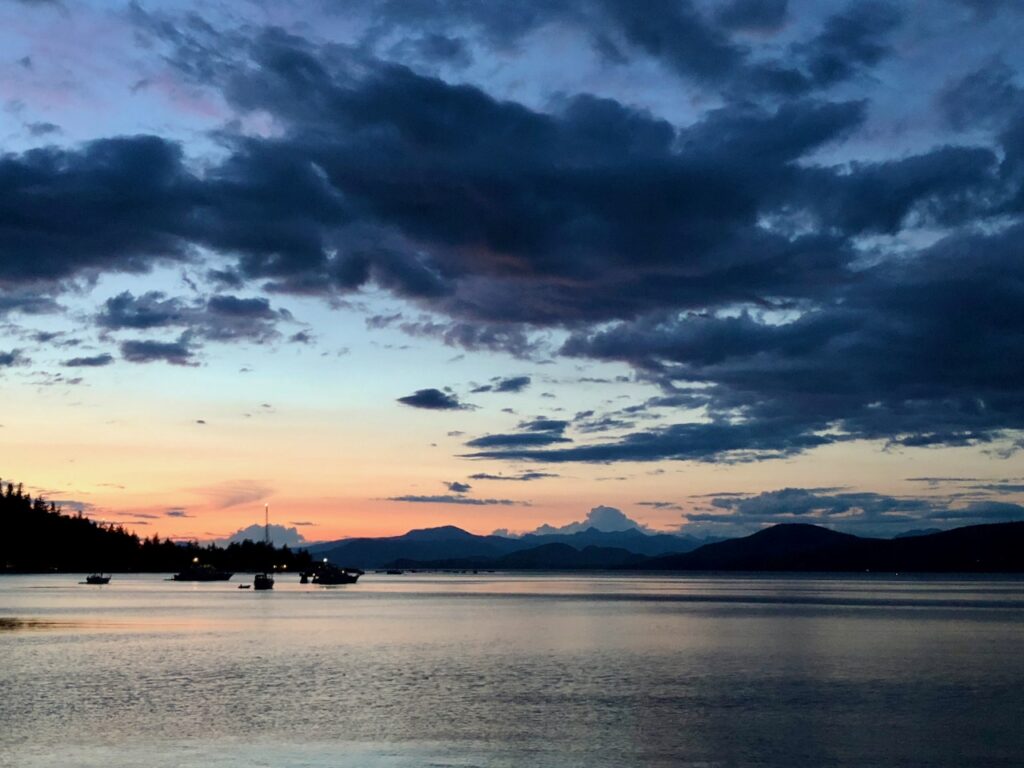 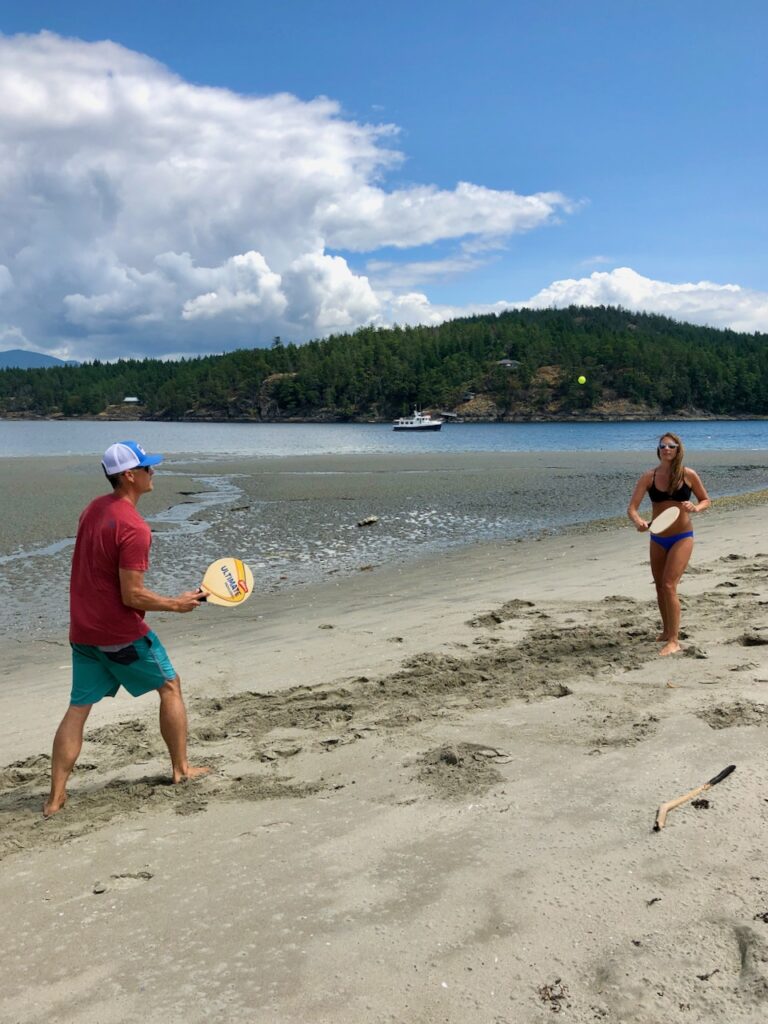